For months Oksana Sova has been waiting for a sign of life from her husband, who is a Ukrainian soldier fighting against the Russian invaders. 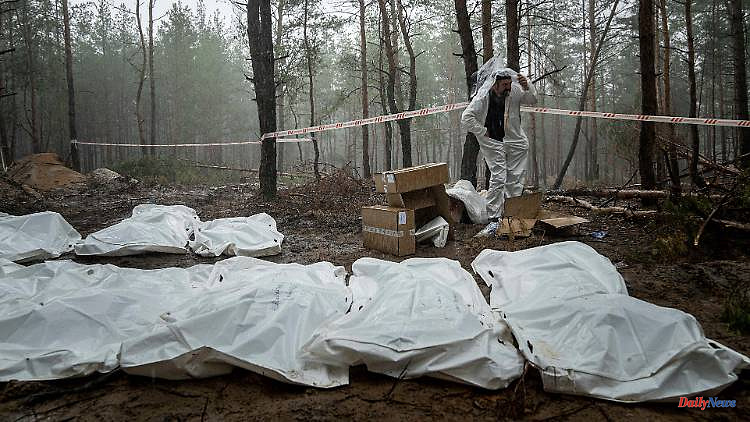 For months Oksana Sova has been waiting for a sign of life from her husband, who is a Ukrainian soldier fighting against the Russian invaders. After the liberation of the city of Izyum, the photo of a decomposed arm went around the world. Oksana recognizes from the bracelets that it is her husband.

After the liberation of Izyum by Ukrainian units, investigators discover more than 440 bodies buried in the city. A photo of the exhumation then goes around the world. It shows a decomposed arm with two blue and yellow bracelets. Now the identity of the deceased has been clarified. According to the regional information center of the Dnipropetrovsk region, the arm belongs to the Ukrainian soldier Sergey Sova from the city of Nikopol. Accordingly, the 36-year-old was identified by his wife.

"I recognized my husband from his many tattoos and bracelets, which Sergey hasn't parted with since 2014," Oksana Sova told the Lithuanian portal Fakty. His two children would have given him the ribbons as good luck charms. "15 fantastic years" she and her husband were married. Sergey was an avid dog breeder and talented boxer. In 2014 he fought for the first time in Donbass. After his demobilization the following year, he rejoined the 93rd Mechanized Brigade a short time later and continued his service as a rifleman. He has been awarded several times.

"On the eve of the invasion, Sergey was sent to Desna to study to become a medic," the widow recalls. "However, February 24 came and he and his comrades were sent to defend the borders of the Kharkiv region. He was in Izyum in April." Oksana says she was always in contact with her husband. He explained to her that he had to fight and that he couldn't let his comrades down. The last time they communicated was on the morning of April 19. "He told me that three to four days earlier they were attacked by the Russian Air Force and artillery and tanks were coming towards them." Then the contact was lost.

For five months, Oksana searched for her husband, checked photos from morgues and submitted a DNA sample. To the last, she hoped that Sergey had been taken prisoner. After their body was identified, their son wrote a letter to the Presidential Office asking for help to get his father home as soon as possible. "We hope that we will be heard and that we can see Sergey very soon on his last trip with military honors," says Oksana. "He deserves a proper burial. We've waited for him for so long."

1 Preparation for mobilization?: Duma tightens criminal... 2 Violation of Corona rules: Health department stops... 3 "Improving weapons": Putin wants to increase... 4 Agreement with Fortum: gas importer Uniper is to be... 5 By the end of 2023: Buschmann wants to relax insolvency... 6 Mané without luck, Tel as a solution?: A goal would... 7 Kimmich "brutally annoyed": Does Oliver... 8 Hannah Schmitz is "a genius": the woman... 9 "Why did it come to this?": Hansi Flick... 10 Danger of avalanches on the Hochkalter: climbers lost... 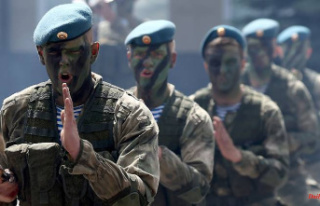