Gas cooperation with Mexico?: Steinmeier calls for solidarity against Moscow

Mexico's President Obrador condemns the invasion of Ukraine, but rejects sanctions against Moscow. 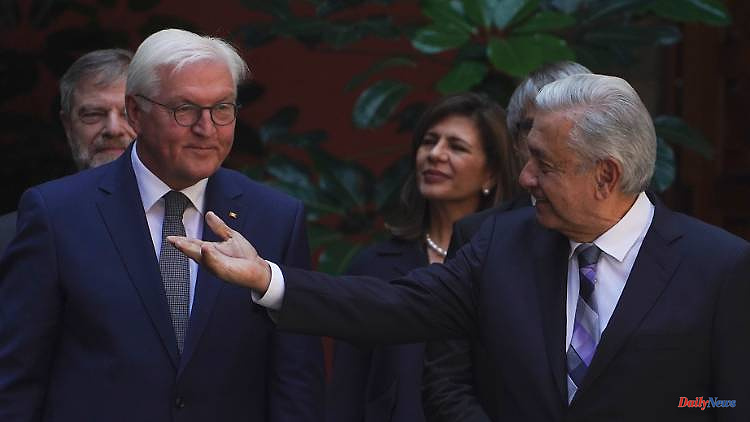 Mexico's President Obrador condemns the invasion of Ukraine, but rejects sanctions against Moscow. During his visit to Mexico City, Federal President Steinmeier promoted a common line towards the "aggressor". He also agreed with Obrador to examine a liquid gas cooperation.

Before the Mexican Senate, Federal President Frank-Walter Steinmeier called for the democratic states to close ranks in view of the war in Ukraine. "So that we, Germans and Mexicans, so that the democratic world emerges stronger from these conflicts, it is important to hold a common line now," Steinmeier told the chamber of the Mexican Congress responsible for foreign policy. At the same time, he agreed with Mexican President Andrés Manuel López Obrador to examine whether the two countries could cooperate on liquid gas in order to counteract the economic consequences of the war.

"We must be united in our response to an aggressor who is trying to replace the power of law with the law of power," said Steinmeier. Anyone who tries to normalize border violations and land grabs ultimately threatens the whole world and not just Europe.

Mexico has so far shown an ambivalent attitude to the Ukraine war. The North American country condemned the Russian attack in the UN Security Council. However, it does not take part in sanctions against Russia, and also refuses to supply arms to Ukraine. Most recently, President Obrador announced that he would submit a peace plan to the United Nations. According to his ideas, a committee should negotiate a ceasefire of at least five years. Ukraine is currently refusing any negotiations with Russia.

Steinmeier stressed that it was difficult to imagine "that under the current conditions, Russia or Ukraine would be willing to enter into negotiations on a peace plan." Russia is currently stepping up its military activities, "the brutality of the attacks is increasing." Ukraine, on the other hand, does not want to negotiate as long as Russia does not evacuate the occupied territories. Steinmeier expects the conflict situation to worsen again as a result of the planned sham referendums on the accession of eastern Ukrainian separatist areas to Russia.

Another focus of the three-day visit to Mexico was the economic cooperation between the two countries. Steinmeier called for a new trade agreement with the EU to be concluded quickly. He also agreed with Obrador to examine closer cooperation on the delivery of liquid gas to the Federal Republic. Mexico has resources and experience in gas exports, especially to the USA, said Steinmeier. Experts should now explore what could realistically be brought to Europe and whether facilities in the USA could possibly be used.

Steinmeier was made an honorary citizen in Mexico City. His trip there was originally planned for 2020, but it was postponed due to the corona pandemic. A visit to Costa Rica that had also been planned was canceled because Steinmeier and his wife Elke Büdenbender were traveling to London for the state funeral of Queen Elizabeth II.

At the end of the trip, Steinmeier wanted to talk to relatives of the victims and the national search commission about the fate of missing people. In Mexico, forcibly disappearing people is mainly a tactic used by criminals, but also by corrupt security forces. Officially, more than 100,000 people are missing. Most of the cases date back to 2006, when the government's drug war began and conflict with powerful cartels became increasingly violent. 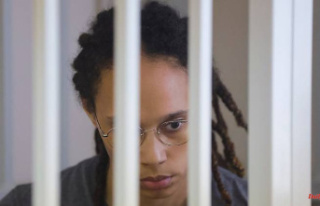