Gateway to Russia: Why NATO fears the Suwalki Gap

The Baltic States have been concerned since the Russian attack on Ukraine. 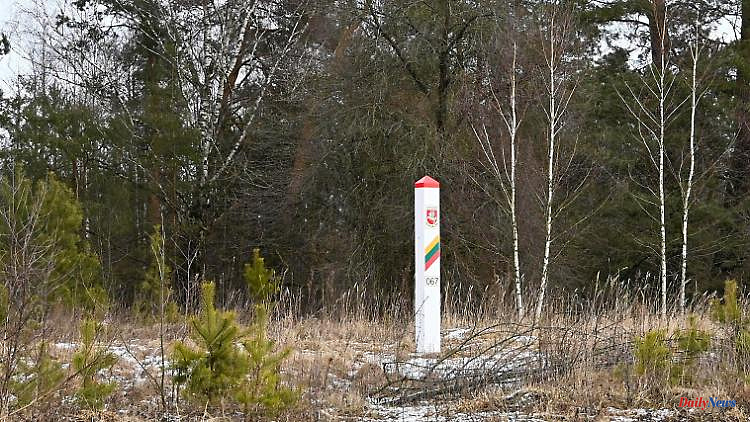 The Baltic States have been concerned since the Russian attack on Ukraine. Lithuania, Latvia and Estonia fear they could become the next targets of Putin's troops. An attack would trigger the NATO alliance, but the strategic military situation is delicate, because the Baltic borders on the "most dangerous place in the world".

Most dangerous place in the world, NATO's Achilles heel, gateway for Russia. With these words the Suwalki gap is called. This is where the western world meets the Russian sphere of influence. The corridor separates Belarus from the westernmost tip of Russia: Kaliningrad.

The Russian exclave is less than 400 kilometers as the crow flies from Germany between Poland and Lithuania. Since the Baltic states of Lithuania, Latvia and Estonia gained independence in 1991, Kaliningrad has been separated from the mother state of Russia. Kaliningrad, as the province and capital of the region are called, is completely surrounded by other countries. Poland lies to the south, Lithuania to the north and east, and the Baltic Sea to the west. There is no land connection to Russia.

That hasn't been a big problem for the past three decades, but Russia's attack on Ukraine has changed the picture. Lithuania, as a member of the EU and NATO, has partially blocked transit traffic of Russian goods to Kaliningrad since June 17. Building materials, steel, metals, coal - the mother state can no longer or hardly deliver all of this to the exclave. Russian trucks and freight trains are stopped at the Lithuanian border. The governor of the exclave says that about half of Russian exports are affected by the transit ban.

The Baltic state says it only blocks goods and people that are on the EU sanctions list. But Russia sees the partial blockade as an "illegal" and "hostile" act. Observers warn that the already tense situation between Russia and the West could escalate over the Kaliningrad issue.

In order to defuse the situation, EU representatives have negotiated with Lithuania to suspend the partial blockade. According to "Spiegel", the EU Commission wants to give Kaliningrad a special role in the next few days. According to this, Russia should also be allowed to deliver sanctioned goods back to the exclave in the future, but only as much as before the war. This is intended to prevent Russia from exporting products to other countries on a large scale via Kaliningrad and circumventing EU sanctions.

The EU Commission and states like Germany have thus prevailed against Lithuania in the complicated legal issue. The Federal Government is also of the opinion that transit from Russia to Kaliningrad should not be prevented. Federal Foreign Minister Baerbock said in the ARD "Tagesthemen" that the sanctions had been decided by the European Union and therefore no individual state could decide.

Kaliningrad is about the size of Schleswig-Holstein and only 430,000 people live in the region. Strategically, the oblast is still incredibly valuable for Russia. Moscow has upgraded the former Königsberg militarily. Iskander missiles, which can be equipped with atomic bombs, are stationed in Kaliningrad. Their range is about 500 kilometers. Parts of Germany, Sweden and all of Poland would be possible targets.

But the exclave is also strategically important for Russia for another reason: it borders on the Suwalki Corridor. A small gap lurking to the west of Kaliningrad and to the east of Belarus. The border is 100 kilometers long, 65 kilometers as the crow flies. It is the only land connection between Poland and the Baltic States. "Of course, this is infinitely important for the defense of the Baltic States, because you can only bring supplies and support services to the Baltic States by land via this narrow corridor. Otherwise you would have to go by sea or by air, and that's infinitely more difficult," explains Brigadier General Erich Vad on ntv.

The Suwalki Gap is NATO's geographic vulnerability. Bernd Schütt also sees the greatest danger of a military escalation between NATO and Russia on the north-eastern flank. In the area between Lithuania and Belarus, "troops can be moved relatively quickly and, for example, an initial attack can be carried out using airborne troops," explains the new commander of the Bundeswehr Operations Command. Military experts estimate that within just 30 to 60 hours, Russia could invade the Suwalki Corridor with troops from the east and west and seal off the land connection. The Baltic would then be cut off from the rest of the EU and the rest of NATO's allies in Europe.

Statements from the Russian State Duma also show how explosive the situation is for Lithuania. Yevgeny Fyodorov, a deputy from Putin's United Russia party, has called in the Russian parliament for Lithuania's sovereignty to be revoked. The decree recognizing the independence of the Baltic state is illegal. The proposal by the right-wing extremist Putin hardliner has little chance of success, but it makes it clear that the concerns of the Baltic States are justified.

But Lithuania, Latvia and Estonia are part of NATO, which distinguishes them from Ukraine. In the event of a Russian attack, the alliance event would occur. An attack on one NATO country counts as an attack on all. The other 27 NATO countries would have to defend the Baltic States against Russia - the possible starting signal for a third world war.

According to military expert Carlo Masala, Russia currently has no capacity for an invasion of the Baltic States. Putin's armed forces are tied up in Ukraine, according to the military expert from the Bundeswehr University in Munich in the "Stern" podcast "Ukraine - the situation". "I don't see how Russia should suddenly be able to open a substantial second front."

But the danger remains: the Suwalki Gap is a welcome gateway for Putin's troops. A recent report by the US magazine "Politico" speaks of an "abandoned border post". The reporter "did not see a single military vehicle or soldier during a one-day trip through the Lithuanian side of the Suwalki Corridor."

Bundeswehr General Schütt, among others, is therefore calling for more soldiers on NATO's north-east flank. He calls for "credible deterrence" by a large number of armed forces at the Suwalki Gap.

For example, only 1,600 NATO soldiers are currently permanently stationed in Lithuania, 1,000 of them from Germany. At its Madrid summit, NATO decided to increase to brigade level. A brigade usually consists of 3000 to 5000 soldiers. They are supposed to help make the Suwalki Corridor, or as "Politico" calls it, the "most dangerous place in the world" a little safer.

1 Despite the elimination of the EEG surcharge: Association... 2 Subscription becomes a luxury: DAZN causes an uproar... 3 "It must be good for both of us": World... 4 Authorities see danger of absconding: "lateral... 5 Doubts about the cause of the sinking: damage to the... 6 "Persistent transmission": WHO warns risk... 7 Last Second Rescue: Brave Yorkie shrugs off Eagle... 8 Inspiration from TV show: American wins lottery with... 9 Development of one's own will: "Defiance... 10 Ray Liotta's last work: Karsen Liotta honors... 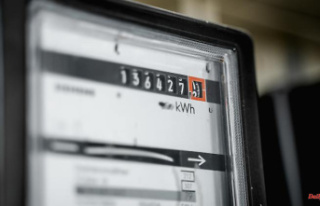 Despite the elimination of the EEG surcharge: Association...