Switzerland also has to decide on arms deliveries or exchanges for Ukraine. 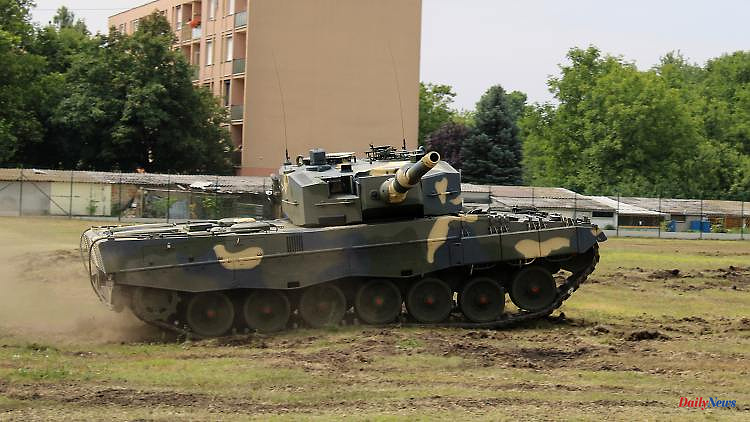 Switzerland also has to decide on arms deliveries or exchanges for Ukraine. And the neutral country struggles with itself. There is now a vote for 42 tanks from previous army stocks that could promote the ring exchange.

Germany is allowed to deliver main battle tanks from former stocks of the Swiss army to other European countries. The neutral country gave the green light for a corresponding application from Germany, as the Swiss Ministry of Defense announced. Because of the Ukraine war, Germany intends to make weapons available to various European countries. The country is therefore looking, among other things, for Leopard 2 A4 main battle tanks from industrial stocks. Switzerland sold back 42 such decommissioned tanks to the manufacturer Rheinmetall in 2010 and 2011. The further use of the tanks is the sole responsibility of Rheinmetall and is therefore subject to German war material export legislation. "Germany can freely decide on the further use of these vehicles," the statement said.

On the other hand, Switzerland refused to sell decommissioned Leopard 2 from its own stocks to Poland. This would require a decision by Parliament. However, this cannot be achieved within a reasonable period of time. Switzerland responded to a request from Great Britain to provide the country with a delivery of anti-tank weapons intended for the Swiss army. These are shoulder-supported devices from the Swedish company Saab. Britain needs these weapons to replenish its own stocks.

Neutral Switzerland requires countries that buy weapons from it to have a permit for their re-export. The Alpine republic deviated from its traditional practice following Russia's invasion of Ukraine, adopting European Union (EU) sanctions against Russia, which describes the war as a military special operation. This move has sparked a domestic debate over how to interpret neutrality, which has been the key tenet of the country's foreign policy for over 200 years.

The Swiss government recently rejected a request from Denmark for the delivery of Swiss-made armored personnel carriers to the Ukraine. "The Seco answered this negatively with reference to Swiss neutrality and the mandatory rejection criteria of the Swiss war material legislation," said the State Secretariat for Economic Affairs (Seco) this week, thereby confirming a corresponding report by the broadcaster SRF.

1 From agender to trans*: That's what the most... 2 Mecklenburg-Western Pomerania: More corona infections... 3 Soccer. How Hungary with 30,000 spectators announces... 4 Out in the semifinals against Nadal: injury drama... 5 Two Reuters journalists were slightly injured in Ukraine.... 6 With a gradual oil embargo, the EU is tightening its... 7 Bavaria: Senior hit by truck with a walker: fatally... 8 Transportation. Why there shouldn't have been... 9 Only five copies: Zagato is back with Mostro Barchetta 10 Six experts on six questions: after 100 days of war:... 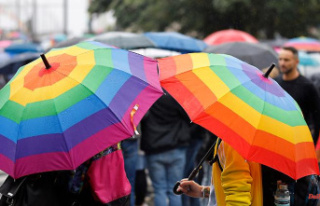 From agender to trans*: That's what the most...