Gerrymandering and Oppression: The Dirty Tricks to Winning the Election

The political rifts in the US are getting deeper. 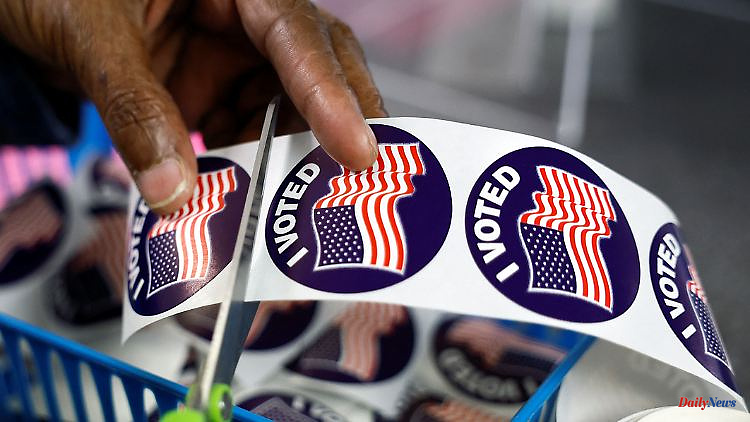 The political rifts in the US are getting deeper. This also has an effect on the right to vote, which is being increasingly undermined. Trump supporters in particular use dirty tricks to keep voters from voting.

Democracy itself is up for election, said US President Joe Biden a few days before the midterm elections. It's not just about the future of his presidency, because the head of state of the Democrats is threatened with a Republican majority in both chambers of Congress and with it a political blockade. Above all, he meant the entry of a whole series of populist and radical Trump supporters into parliament. And the ever-tighter encroachments on electoral law, which are being promoted by Republicans in some states.

A much-discussed and criticized type of election rigging is so-called gerrymandering. It takes advantage of the fact that the constituencies for the House of Representatives have to be redesigned every ten years due to demographic developments. In some US states, the ruling party can draw the line based on extensive data analysis in such a way that it is guaranteed victory in individual constituencies, even if it does not reflect the actual majority situation.

The American party system, which is ruled by two parties, makes gerrymandering easier - on both sides. But it was above all the Republicans who aggressively pushed ahead with the manipulation in some states in recent years under the slogan "Redmap". For example, in the 2018 Wisconsin midterm elections, the "Grand Old Party" (GOP) was able to gain a nearly two-thirds majority in parliament, even though only 45 percent of voters voted for it overall.

This tactic was reinforced after the 2020 presidential election, which large sections of Republicans still do not recognize to this day. For example, election commissions, which are also responsible for confirming the results, have increasingly been staffed with supporters of ex-President Donald Trump.

In any case, gerrymandering not only fragments constituencies, but also strengthens radical candidates. Because if a party has a constituency secure, the actual decision is already made in the internal party primaries. For years it has been observed in the USA that supporters of a party are more likely to vote for a radical representative than for someone who is willing to compromise with their political opponents. Accordingly, the majority of Republican candidates in this year's midterm election are loyal to Trump.

But gerrymandering is only a means of obtaining acceptable election results. Another is to discourage certain social groups or minorities from voting. This applies, for example, to inmates who do not have the right to vote in the USA. However, the number of black people in the prisons is disproportionately high compared to the total population - a consequence of racial injustice in the justice system.

The fact that elections in the USA are always held on a Tuesday - i.e. a working day - disadvantages those people who live in precarious circumstances and are dependent on their wages. Not all states have regulations that require employers to give their employees a choice. But even when this is the case, there is sometimes not enough time to cast the vote - especially in areas with a large proportion of minorities, the queues are long and often take several hours to cast a vote because not enough polling stations are set up.

A study by Stanford University political scientist Jonathan Rodden, cited in the US media, found that in Georgia polling stations, where more than 90 percent of voters belonged to minorities, the average minimum waiting time was after 7 p.m. - when there were no other voters allowed to queue - 51 minutes was fraud. In polling stations where more than 90 percent of registered voters were white, the corresponding figure fell to 6 minutes.

In any case, Georgia is one of the states in which a particularly large number of laws have been passed in recent years that are intended to make voting more difficult, especially for those groups that tend towards the Democrats: the number of polling stations has been decimated, postal voting – which tends to be done by Democrat supporters - made more difficult, registered voters were removed from lists because they were supposedly inactive. Finally, poll workers were banned from serving voters in lines outside the polling stations with water or snacks.

The state was by no means the only one. The Brennan Center for Justice, a progressive institute at New York University, in January listed all state laws that will make voting difficult in 2021: They came up with 34 laws in 19 states. These included the adoption of higher hurdles for voter registration or postal voting, or the abolition of registration on election day.

But in addition to difficult access to the ballot box, there is another problem: intimidation and violence. Observers already fear that violent clashes could break out in the midterm elections. A foretaste came from Arizona, where in one county, hooded and armed members of a group called Clean Elections USA stood in front of mail-in ballot boxes and intimidated voters by filming them or noting down their license plates. A judge only put an end to the hustle and bustle at the second attempt.

The fact that the states are able to introduce more and more strict electoral laws is due to the Supreme Court, which in 2013 restricted the federal government's say in changes to the electoral law in Washington. With another pending decision, the Supreme Court, which is now dominated by conservative judges, could completely throw the electoral law into chaos: If the Moore v. Harper case decides in favor of the states, their parliaments could freely decide themselves about access to postal voting, the certification of the results or the cutting determined by constituencies. State courts would then no longer be able to decide on complaints. The United States is threatened with a patchwork of laws.

Already in the next presidential election in 2024 there could be electoral chaos with legal consequences. Many of the Trump supporters who are now pushing into Congress have already threatened to refuse certification of the election. Of course, only if a Democratic candidate wins the race. 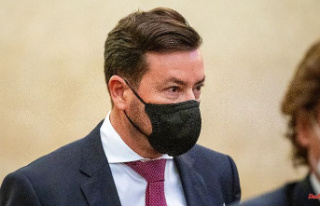