Snake Island has been the subject of fierce fighting between Ukrainians and Russians for months. 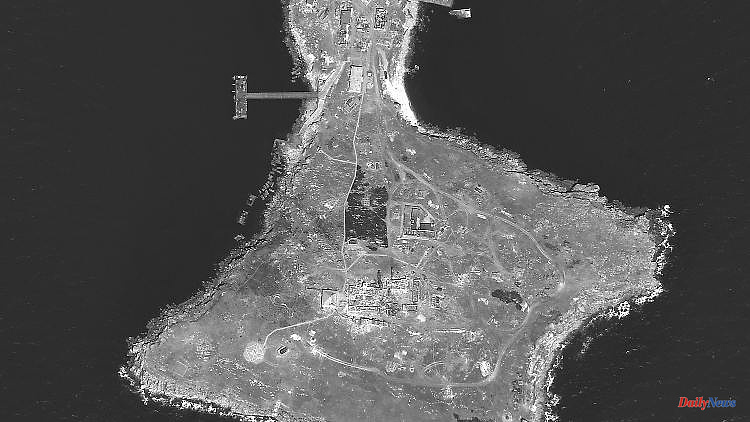 Snake Island has been the subject of fierce fighting between Ukrainians and Russians for months. Now the Russian troops are withdrawing - allegedly so as not to hinder grain exports. Kyiv rejoices and praises its own armed forces. They did a "great job".

The Russian army says it has withdrawn from Ukraine's Snake Island. The Defense Ministry in Moscow announced that the soldiers stationed on the island in the Black Sea had been withdrawn as a "goodwill gesture".

With this, Russia wants to show that it does not hinder the export of grain and agricultural products from Ukraine, Defense Ministry spokesman Igor Konashenkov said in Moscow. Russian forces would have completed their assigned tasks on Snake Island.

In Kyiv, people cheered the withdrawal: "KABOOM! No more Russian troops on Snake Island. Our armed forces did a great job," wrote the head of the Ukrainian presidential office, Andriy Yermak, on Twitter.

The Ukrainian army had previously stated that it had again attacked Snake Island in the Black Sea, which had been conquered by Russia. A short-range air defense system of the type Pantsir-S1 was destroyed, said the South Command on Facebook. The information cannot be independently verified.

After the Russian invasion at the end of February, the island not far from the Danube Delta was conquered by the Russian Navy on the second day of the war. The resistance of the Ukrainians on the island, who shouted "F**** you" at the Russians, became particularly well known. Since then, the Ukrainian armed forces have repeatedly carried out attacks with combat drones and airplanes and sank the cruiser "Moskva" with rockets.

The West accuses Russia of blocking Ukrainian ports and thus hampering grain exports. In some areas of the world there is therefore a risk of the hunger crisis escalating further, with millions of people at risk of starvation. The Russian war has further aggravated the already tense situation, according to a statement by the G7 states, which met in Bavaria at the beginning of the week. Russia is hampering agricultural production in Ukraine, which is one of the world's largest grain exporters. Supply chains were disrupted, which drove up the prices for food and fertilizer. Russia bears an "enormous responsibility".

1 Cause 'some confusion': Babies are unwelcome... 2 Prudent legalization: Lauterbach relies on "safety... 3 End of eight-party government: Israel's parliament... 4 Now no longer free for everyone: Lauterbach: Lying... 5 Concern for Kremlin critics: Duma tightens law against... 6 At the start of the summer holidays: It can also get... 7 Kahn's moment of humility in the World Cup final:... 8 Inspiration from TV show: American wins lottery with... 9 Halo-Halo, Gazoz, Butterfly Pea: This is what the... 10 The new one is a reporter: Julian Nagelsmann is newly... 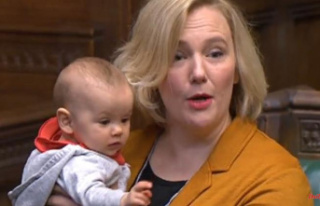 Cause 'some confusion': Babies are unwelcome...