Government crisis in Italy: Draghi did not want to be Salvini's hostage

After Mario Draghi's resignation, it's difficult to say what's in store for Italy. 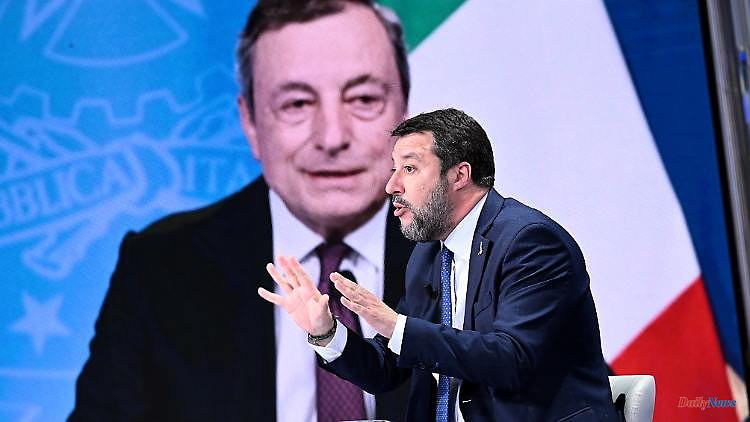 After Mario Draghi's resignation, it's difficult to say what's in store for Italy. The center-right camp is already smelling victory, while the Democrats are left without a partner. Was Draghi right to just throw it down?

It was already clear yesterday evening that Prime Minister Mario Draghi would announce his irrevocable resignation to Head of State Sergio Mattarella this time. Despite this, he first appeared in front of the House of Representatives this morning, where he was greeted by a long round of applause. And for the first time in days, his expression has brightened a bit.

"Thank you for that and for your cooperation over the past few months," Draghi replied, adding, a little touched, "Sometimes even a central banker's heart is touched."

Then he went to the head of state. Mattarella accepted his resignation this time but asked him to remain in office in an executive capacity. Tonight Mattarella wants to appear in front of the cameras and tell the citizens when the new elections will take place. September 18th would be possible.

Early parliamentary elections are likely to reunite the centre-right camp: Giorgia Meloni's right-wing opposition party Fratelli d'Italia, the national-populist Lega and Silvio Berlusconi's Forza Italia - the latter both in the governing coalition. Although Meloni hasn't spoken to Lega leader Matteo Salvini and Berlusconi for months, the chance of coming to power this time is too tempting not to put an end to the disagreements.

According to polls, the centre-right camp currently has the majority of voters behind it. Meloni, whose party overtook the national-populist Lega in the mayoral elections a month ago, is now toying with the idea of ​​becoming the next head of government. But you can bet that Salvini will put all sorts of stumbling blocks in her way.

As the centre-right gathers itself together, the centre-left lies in shambles, starting with the 5 Star Movement. After the resignation of Foreign Minister Luigi Di Maio a few weeks ago, who was followed by more than 60 parliamentarians and is likely to be followed by more, the movement is increasingly withering into an empty shell. In order not to dwarf completely, she could radicalize herself again and throw ex-prime minister and current chairman Giuseppe Conte out the door.

For the Democratic Party, too, the future looks anything but rosy. Everything had been staked on running in the next elections together with the 5 Star Movement. Nothing will come of it. The Democrats stand alone.

It is difficult to say at the moment whether a coalition with the center camp, which has been the subject of repeated talk recently, will be sufficient. On the one hand, because the moderates of both camps cavort with their splinter parties. On the other hand, because there are all sorts of power-obsessed Prime Donnen - including ex-Prime Minister and boss of Italia Viva, Matteo Renzi.

There is no denying that Draghi also contributed to this crisis. His decision a week ago to announce his resignation was a mistake - at least for the country. He had tied his future to his performance in the confidence vote. And despite the 5-Star's refusal to vote, a whopping majority of 171 senators actually voted in favor of him.

As is the nature of politics, he should have continued to work out compromises. Above all with Conte, who had repeatedly countered him for weeks. But Draghi is not a politician, and political role models or role models are unfortunately rare in Italy - if they exist at all.

On Wednesday there was nothing left to save. Salvini and Berlusconi had given the prime minister a condition that he found unacceptable: they demanded a new governing coalition without a 5-star movement. If Draghi had agreed to this, he would have been held hostage by Salvini. Draghi resented his Lega in particular for not including any of their topics in his speech. On the contrary: he had confirmed his intention to carry out the competition reform, which would also affect taxi drivers. The taxi drivers belong to the Lega clientele and have been protesting - sometimes violently - against liberalization for weeks.

Draghi's intention to modify the pension reform carried out by the Lega in the first Conte government also got on badly for the Lega boss. In his speech, Draghi also recalled that the governing coalition formed in February 2021 was a government without a political streak, as Mattarella emphasized at the time. Had Draghi accepted the condition set by Salvini and Berlusconi, it would have become a (centre) right coalition. 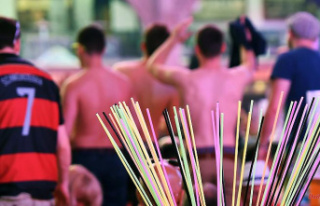