Grain destroyed instead of tanks?: Kyiv contradicts Moscow's account of the rocket attack

It is the heaviest rocket attack on Kyiv in weeks. 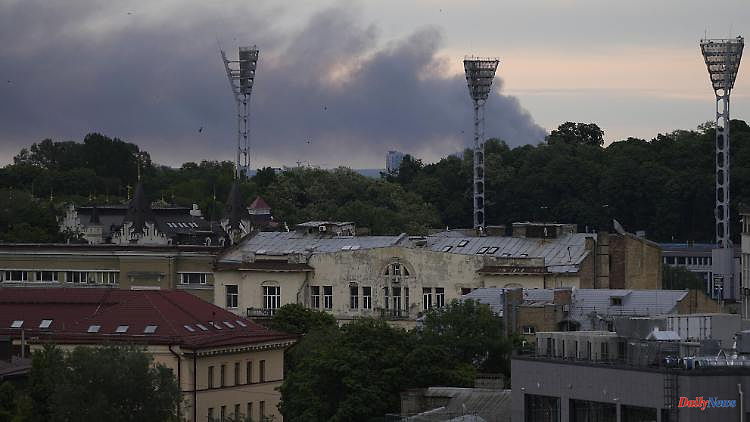 It is the heaviest rocket attack on Kyiv in weeks. According to Russia, vehicles delivered from EU countries were said to have been destroyed. However, that is not true, according to the Ukrainian side. There were no tanks at the point of impact.

In a series of rocket attacks on the Ukrainian capital Kyiv, Russia claims to have destroyed tanks and other equipment from abroad. They were housed in a plant that repairs railway carriages, Russian Defense Ministry spokesman Igor Konashenkov claimed. Kiev's rail chief Olexander Kamyshin rejected this: There were no tanks there. According to him, four rockets landed there.

Kamyshin wrote on Telegram: According to him, wagons for the transport of grain used for export were destroyed in the attack. There was no military equipment at all on the site. Rather, Russia wants to prevent Ukraine from exporting goods to the West, said the railway boss.

The Russian Defense Ministry had previously announced that the long-range air-to-surface missiles destroyed, among other things, T-72 tanks and other vehicles that were supplied by Eastern European countries and were said to have been in workshops. According to the Ukrainian General Staff, the rockets were fired from bombers over the Caspian Sea. Ukrainian presidential adviser Mykhailo Podoliak spoke of an "act of terrorism". He demanded further sanctions against Russia and the delivery of heavy weapons from the West. "Today's rocket attacks on Kyiv have only one goal - to kill as many Ukrainians as possible," he wrote on Twitter.

There were no fatalities in the attacks on Sunday. However, Kiev Mayor Vitali Klitschko reported one injured person who had to be treated in hospital.

According to the Russian military, several targets were also destroyed by rocket attacks in the Donetsk region, for example in the city of Kramatorsk in eastern Ukraine, including a workshop for restoring damaged war weapons. In further attacks by the Russian air force, ammunition depots, assembly and command points were again destroyed. More than 350 Ukrainian fighters were "destroyed" in the process, said Konashenkov.

A Ukrainian MiG-29 aircraft was shot down near the city of Sloviansk in the Donetsk region. In the Odessa region, Russia's air defenses took down an Antonov An-26 carrying military technology. Ministry spokesman Konashenkov said Russian artillery hit dozens of other military targets in Ukraine. The Russian information could not be verified by an independent party. 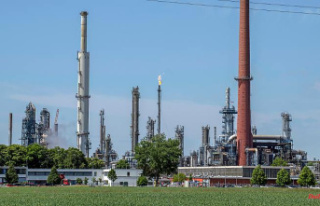