The Union increases the pressure on Chancellor Scholz: In a motion in the Bundestag, it demands the delivery of battle tanks and armored personnel carriers to Ukraine. 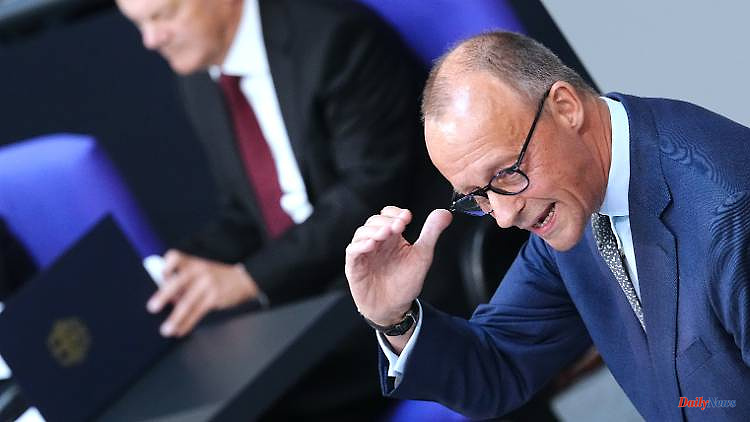 The Union increases the pressure on Chancellor Scholz: In a motion in the Bundestag, it demands the delivery of battle tanks and armored personnel carriers to Ukraine. She expressly refers to the internal cracks in the traffic light coalition on this issue.

In addition, Germany should deliver "heavy weapons, especially armored combat vehicles and more long-range artillery, also from the stocks of the Bundeswehr" to Ukraine, according to an application by the Union faction, which is available to ntv.de. "The immediate training of Ukrainian soldiers" on the heavy equipment should also be ensured. The material delivered from the stocks of the Bundeswehr is to be procured "immediately".

In its application, the Union expressly mentions the internal conflicts in the coalition on this issue. A long-term and lasting peace in Europe can only come about if Ukraine can successfully defend itself and reconquer its territory. "In order for this to succeed, however, Ukraine must immediately be substantially and further equipped, also with heavy Western equipment, as well-known politicians from the ranks of the ruling traffic light coalition have expressed in the past few days." Germany's partners in Central and Eastern Europe, who are most directly threatened by Russia, have been demanding this for months.

The Union also refers to the decision of the Bundestag on April 28, which provided for comprehensive support for Ukraine. At the time, this application came about primarily under pressure from the CDU/CSU. At the time, Parliament called on the federal government to "continue and, if possible, speed up the delivery of the necessary equipment to Ukraine and at the same time expand the delivery of heavy weapons and complex systems, for example as part of the ring exchange". This requirement was "only inadequately met" by the federal government.

The motion entitled "Defend peace and freedom in Europe - now resolutely support Ukraine with heavy weapons" will be discussed in the Bundestag this Thursday. According to the Bundestag, it is still unclear whether the application will be voted on or referred to the committees for further discussion.

In its application, the Union emphasizes that the military situation has changed significantly since then. There had been "further losses on a large scale". Thousands of civilians fell victim to Russia's brutal war of aggression. The infrastructure in Ukraine was also further destroyed, and humanitarian suffering "has increased significantly".

The Union does not accept Chancellor Olaf Scholz's argument that Germany should not go it alone. NATO Secretary General Jens Stoltenberg said that a defeat in Ukraine would be more dangerous than NATO countries having weapons depots filled under plan. US Ambassador Amy Gutmann also stated that she expected more support for Ukraine from Germany. "Through these statements it is clear: the supposed consensus that no heavy Western weapons will be delivered to Ukraine does not exist." According to the Union, Germany must assume leadership responsibility. 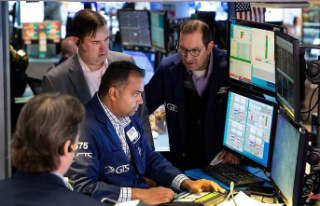 Dow Jones closes in the red: The nervousness of stockbrokers...