Great reputation in the world: Elizabeth II - the queen of generations

Elizabeth II sat on the British throne for more than seven decades. 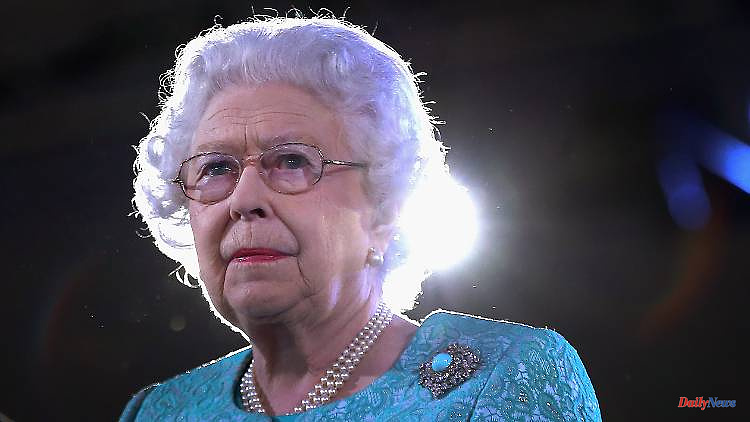 Elizabeth II sat on the British throne for more than seven decades. The vast majority of humanity knows only her as the representative of the United Kingdom. Her immense pool of political experience made her an important advisor.

The queen is dead, long live the king! The unbelievable for many people has happened - Queen Elizabeth II, on the British throne since February 1952 and thus the longest-serving head of state in the world, is dead. She was called the "eternal queen", most people only know Elizabeth as regent of the United Kingdom of Great Britain and Northern Ireland. The number of Britons who married their father George VI. still experienced is manageable, especially since at the time of her accession to the throne there were only slightly more than 2.5 billion people on earth. Today there are more than 7.8 billion. The saying that an era comes to an end with the death of the queen is certainly not exaggerated.

But that's not enough for inveterate royalists: They talk about the "Second Elizabethan Age" and compare the deceased Windsor monarch to the Tudor Queen Elizabeth I, who reigned absolutely from 1558 to 1603. A comparison that lags behind, because the second Elizabeth was not there endowed with the same power as her 16th-century predecessor, who was preparing to make England the number one naval power. Elizabeth II was a constitutional monarch - a result of the Glorious Revolution from 1642 to 1649, during which the implementation of the Bill of Rights laid the basis for the parliamentary system in Great Britain that still exists today, also known as Westminster Democracy.

It is a testament to the Queen's strong personality that her death is a great loss for international politics, although she was only allowed to carry out representative tasks for decades. With her goes a wealth of experience, a store of political knowledge that was of great value to Her Majesty's current government.

For the younger prime ministers, weekly audiences with the Queen at Buckingham Palace were also lessons in history and life experiences. Labor Prime Minister Tony Blair, who was in office from 1997 to 2007 and was still very outspoken at the beginning of his term in office, had to realize during his first meeting with the Queen how much he still lacked in a great and experienced politician: "She said to me: 'My first Prime Minister was Winston Churchill before you were born,'" Blair later recalled. It was an elegant but consistent positioning of the prime minister, who holds political power, by the actually powerless regent. This was not reprehensible, because when Elizabeth II ascended the throne, Wartime Prime Minister Churchill was in power in her country, Harry S. Truman in the USA, Joseph Stalin in the Soviet Union and Mao Zedong in China. Countries like Egypt and Iraq were still kingdoms.

Although a permanent guest in the colorful papers, Elizabeth has always been a very political queen. As a teenager, she witnessed World War II and saw the German bombers drop their deadly payload over London, Coventry and other English cities. The then Crown Princess saw the devastating result of the attacks by the Göring Air Force with her own eyes.

The quality of the political "lessons" that the then 25-year-old young queen received from Winston Churchill had a lasting impact on her. She became queen at a time when Great Britain, although one of the victorious powers in the most terrible war in world history, was experiencing a serious loss of power. The huge colonial empire soon became a thing of the past. In its place came the Commonwealth of Nations - a loose association of sovereign states that Britain had granted independence. The care of the Commonwealth was close to Elizabeth's heart to the end of her life. It's entirely possible that it will disintegrate after her death.

The British decline in importance in the 1950s and 60s was great. However, the Queen handled it with aplomb. She was a welcome guest in most countries, and her (not public) opinion carried weight with foreign heads of state and government. Even the Americans, who were rebellious against their old colonial power, made an exception with the queen and took her to their hearts.

On the other hand, the Queen cultivated the special Anglo-American relationship with the means at her disposal. "I grew up knowing that Britain's wartime survival depended on the alliance that Winston Churchill made with President Roosevelt," she said at a 2007 White House banquet hosted by President George W. Bush in her honor. There was a deep truth behind that phrase: Britain needs the United States more than the United States needs the United Kingdom. Nevertheless, there were also discord: She was downright angry with President Ronald Reagan when he ordered the US invasion of Grenada in 1983.

The free-democratic basic order of the West and parliamentary democracy were the compass for the Queen's actions on the international stage, and of course the assertion of British interests. The Queen was used by British Prime Ministers as a kind of secret weapon to solve difficult political problems. For example, during her state visit to Ireland in 2011, which was seen as a normalization of British-Irish relations.

The Queen also played an important role in the development of relations with the former war enemy Germany. After two world wars, in which Germany and Great Britain fought each other, it was important to heal the deep wounds. It was not until 1965 that Elizabeth II, who herself has German roots, was to officially visit the Federal Republic as head of state for the first time - for eleven days. Federal President Heinrich Lübke paid tribute to the royal visit at a reception in Augustusburg Castle in Brühl: "We understand your visit, Your Majesty, as a sign of growing trust in our people."

The first Queen's visit to reunified Germany - it took place in October 1992 - was difficult. Not only because Prime Minister Margaret Thatcher vehemently opposed German unity. "We beat the Germans twice. Now they're back," she said. The Queen also paid a visit to Dresden, which had been badly damaged by Anglo-American bombers in February 1945 and claimed the lives of thousands. The Queen was also booed. But the visit to Saxony's state capital was not only a great success given the fact that Great Britain donated a golden cross for the dome of the Frauenkirche, which was later rebuilt, as a sign of reconciliation. It was also important that Anglo-German relations continued to relax.

This was not the case with the Queen's relationship with dictators. This Elizabeth detested. In 1978, she received Romania's head of state and Communist Party, Nicolae Ceausescu, and his wife Elena with great reluctance - under pressure from Prime Minister James Callaghan's Labor government at the time. Her disgust with the "Conducator" from Bucharest was said to be so great that she hid behind a bush during a walk in the garden of Buckingham Palace to avoid meeting him.

Much has been written and speculated about Elizabeth's relationship with the landlords of Number 10 Downing Street over the decades. The list is long: During Elizabeth's reign the Conservatives Churchill, Anthony Eden, Harold Macmillan, Alec Douglas-Home, Edward Heath, Margaret Thatcher, John Major, David Cameron, Theresa May, Boris Johnson and Liz Truss and the Labor politician Harold held office Wilson, James Callaghan, Tony Blair, and Gordon Brown. Her relationship with "teacher" Churchill was particularly close. According to his statements, the chemistry with "Red" Wilson was also right - a sign of the Queen's political neutrality.

As a constitutional monarch, Elizabeth was only allowed to read out the government program of the prime ministers at the opening of parliament. She did so with due royal sovereignty. Nevertheless, it transpired that the Queen was at odds with Thatcher's economic policy and, given the narrow political scope she was given, expressed concern about the growing social disparities and high unemployment in Great Britain in the 1980s. The Queen also criticized Thatcher's refusal to order sanctions against the apartheid regime in South Africa. On the other hand, she approved of the Falklands War against Argentina in 1982. Their second eldest son, Andrew, took part in combat operations aboard the aircraft carrier HMS Invincible.

With regard to the difficult relationship between Britain and Europe, the Queen has always kept a low profile. Biographer Robert Lacey once claimed that at a dinner celebrating her 90th birthday, Elizabeth asked her guests to come up with "three good reasons" why Britain should be part of Europe. The tabloid "Sun" even reported that the monarch was in favor of Brexit. The Court immediately denied this, emphasizing the Queen's political neutrality. Even after the narrow decision in June 2016 to leave Great Britain from the European Union, there was no serious statement from the Queen on the subject.

Without a doubt, the Englishwoman was British through and through. After the majority of Scots voted in September 2014 to remain in the British federation, Elizabeth went far out of the window in a statement about her circumstances. She has no doubts that Scots can come together "in a spirit of mutual respect and support" to work constructively on the future of Scotland and all parts of Britain, it said. "My family and I will do what we can to help and support you in this important task." Elizabeth was simply horrified that after the collapse of the Empire shortly after her accession to the throne, Great Britain could now also bless its time.

The danger of Europe-friendly Scotland's secession has not been entirely averted, and a second referendum is already being sought in Edinburgh. The royal family is known to have a soft spot for the northern British part of the country. The Queen always spent her summer vacation at Balmoral Castle with Prince Philip, who died in April 2021. It is unclear whether this tradition of the Windsor family will also be maintained if Scotland votes in a referendum for secession from Great Britain. One thing is clear: for the Queen's successor, maintaining the unity of the United Kingdom will be an important task.

For reasons of age, her son Charles will not be granted a reign as long as that of Elizabeth. In addition, Elizabeth will be the last woman to hold the scepter for some time. After her death, Britain will be represented by male monarchs for decades to come. The national anthem then begins with "God Save the King". And after the death of Charles, who will be succeeded by his son William, it will be said: The king is dead, long live the king!

1 Breaking News: After the death of the Queen - Charles... 2 "Middle-earth is not entirely white": "The... 3 Mecklenburg-Western Pomerania: Initially 13 candidates... 4 New agenda after Elizabeth's death: Charles could... 5 The day of the war at a glance: Ukraine conquers many... 6 Mourning for "beloved mother": This is how... 7 After the Queen's Death: Charles III. is king 8 Qatar approves alcohol compromise: fans aren't... 9 Disillusionment after the league high: Belgians hailed... 10 Accusation of physical harm: Doctors probably injected... 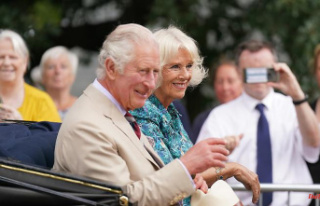 Breaking News: After the death of the Queen - Charles...