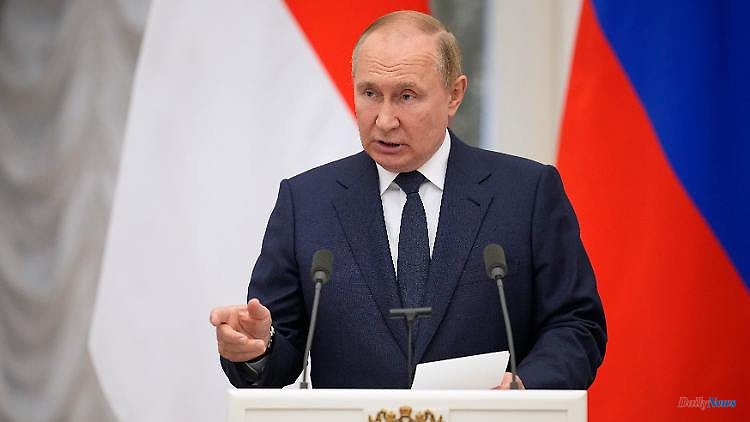 Setbacks in Ukraine weakened Russian troops, says British Chief of Staff Radakin. Since Russia is "still a nuclear power", it should not be underestimated. Radakin doesn't think much of the rumors that President Putin is ill.

According to British Chief of Staff Tony Radakin, speculation about Russian President Vladimir Putin's poor health is wishful thinking. "Some of the comments that he's not well or that someone will surely kill him or take him out I think are wishful thinking," Radakin told the BBC.

As professional military men, he and his colleagues see "a relatively stable regime in Russia." Kremlin chief Putin managed to "suppress any opposition," said Radakin. "No one at the top has the motivation to challenge President Putin." Speaking about the Ukraine war, the chief of staff said Russia's ground forces may now pose less of a threat after setbacks in Ukraine. According to him, 50,000 Russian soldiers have already been killed or wounded in the war. But Russia is "still a nuclear power," Radakin said.

The country also has "cyber capabilities, space capabilities and special underwater programs." These programs could threaten the undersea cables that carry data across continents, the chief of staff said. Britain's next Prime Minister must be aware that Russia is currently the "greatest threat" to the UK and will remain a challenge for decades to come.

The war in Ukraine will be the dominant topic at the military briefings for the successor to outgoing Prime Minister Boris Johnson, Radakin said. Then "we must remind the Prime Minister of the extraordinary responsibility" he has at the helm of Britain's nuclear power. Boris Johnson was forced to resign as party leader on July 7 by an internal party revolt, which also means the end of his government office. On September 5, the new party leader is to be named, who will then also succeed Johnson.

1 Renegotiate budgetary policy: SPD is on a confrontational... 2 Storage instead of discharge: Woidke calls for a new... 3 "What the hell is that?": The Bundesliga's... 4 Burning wind and fall drama: Philipsen flies to the... 5 Protest in church garb: Catholic priest runs along... 6 Mecklenburg-Western Pomerania: burglars clear the... 7 North Rhine-Westphalia: 51-year-old is said to have... 8 Ukraine conference demanded: Strack-Zimmermann writes... 9 Plans for a united Europe: Scholz wants to clean up... 10 Hertha BSC has an Insta icon: the internet star dissects... 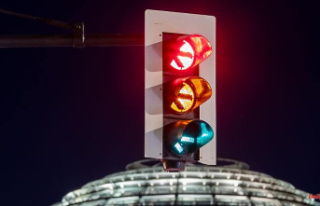