The classification of nuclear energy and gas as "sustainable" will come into force at the turn of the year. 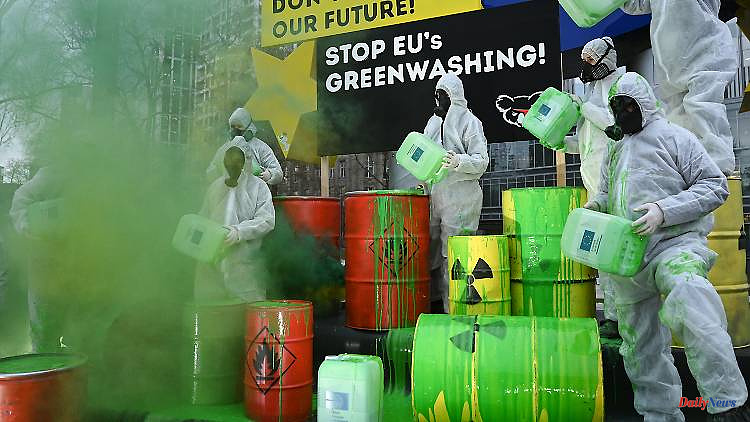 The classification of nuclear energy and gas as "sustainable" will come into force at the turn of the year. Environmental organizations speak of "greenwashing". The activists have set a deadline for Brussels to take action against the inclusion of forms of energy in the EU's green taxonomy.

Greenpeace and other environmental organizations have taken legal action against the European Union's classification of gas and nuclear energy as "sustainable". Greenpeace, the BUND, the WWF and others have now lodged a formal objection with the EU Commission. They are threatening to sue if Brussels does not withdraw the plan. At the beginning of the year, activists from the "Koala Collective" demonstrated in front of the Euro sculpture in Frankfurt against greenwashing of nuclear energy and natural gas through the EU taxonomy.

With the inclusion of nuclear and gas in the so-called green taxonomy, "the EU is betraying the environmental and climate goals it has set itself," explained the executive director of Greenpeace Germany, Martin Kaiser. "We therefore urge the Commission to rectify this blatant failure." "Natural gas and nuclear power are not green, even if the EU Commission decided so under pressure from Paris and Berlin," emphasized BUND Managing Director Antje von Broock.

The classification of nuclear and gas as "sustainable" will come into force at the turn of the year. The European Parliament cleared the way for this in July. The classification system is intended to help companies and citizens to identify climate-friendly projects and invest money there. The aim is to advance the fight against climate change.

Last year, a decision was made to classify electricity production with solar panels, hydroelectric power or wind power as climate-friendly. In addition, criteria have been defined for numerous other economic sectors. Under pressure from some member states, the EU Commission responsible for legislative proposals then proposed that investments in gas and nuclear power plants should also be considered climate-friendly under certain conditions.

According to Greenpeace, the EU Commission has until the end of December to respond. You can extend the deadline to February 2023 at the latest, the organization emphasized. Otherwise, the environmentalists reserve the right to take legal action before the European Court of Justice (ECJ) in Luxembourg.

1 Environmental groups are putting pressure on: countries... 2 After Russian withdrawal: Kharkiv region continues... 3 Ukrainians fight underground: Find out what the opponent... 4 Success of the reform: KSK commander sees new tasks... 5 De Vries speaks to Red Bull: F1 rookie surpasses Schumacher... 6 Hacker posts gameplay videos: Monster leak for "GTA... 7 Durable and economical: A good washing machine is... 8 Large customer survey: This is the insurer of the... 9 Shivering before winter: How cold can it be in the... 10 Questionable rental trend: Furnishing makes apartments... 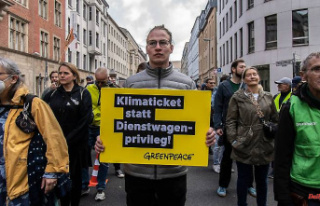