Until recently, Turkish President Erdogan presented himself as a clear opponent of the Syrian ruler Assad, who is supported by Russia, among others. 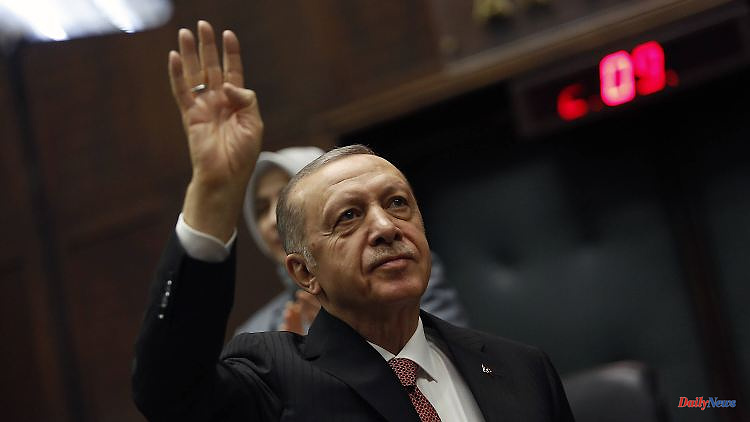 Until recently, Turkish President Erdogan presented himself as a clear opponent of the Syrian ruler Assad, who is supported by Russia, among others. Now he's thinking aloud about an approach. This has no influence on his actions against Kurdish positions in northern Syria, rather he is now also announcing a ground offensive.

A few days after the start of an air offensive against Kurdish militias, Turkish President Recep Tayyip Erdogan is considering a meeting with Syrian President Bashar al-Assad. "A meeting with Assad is possible. There is no resentment and no bitterness in politics," Erdogan said, according to the state news agency Anadolu. As early as August, he spoke out in favor of reconciliation between the Syrian opposition and supporters of the ruler Assad - which was seen by many as an about-face in Erdogan's attitude towards Assad. Under Erdogan, Turkey severed diplomatic relations with Damascus. After more than eleven years of civil war, Assad's supporters once again control around two-thirds of the country. The ruler is supported by Russia and Iran, among others.

On the other hand, Erdogan gave no hope of relaxation in northern Syria. Turkey is more determined than ever to close its entire southern border with a "security line" for attacks. The idea is not new. During a military operation against the Syrian Kurdish militia YPG in northern Syria in 2019, Turkey wanted to create a zone along its border from which all Kurdish militias should withdraw. From Turkey's point of view, this approximately 30-kilometer-deep zone should extend eastwards from the Euphrates River over more than 400 kilometers to the Iraqi border. "The operations that we are conducting with our planes, cannons and armed drones are just the beginning," Erdogan said in a speech to party members on Wednesday. At the "best point in time" they want to "close the eyes on the terrorists" on the ground as well. Erdogan had previously considered the possibility of a ground offensive against Kurdish positions.

The Turkish military has meanwhile continued its airstrikes for the fourth day in a row. A Kurdish fighter was killed in drone attacks on Kurdish positions in northern Syria, the Syrian Observatory for Human Rights reported on Wednesday. The man died in an attack on a liaison office of the YPG-led Syrian Democratic Forces (SDF) on a Russian base. Three Kurdish fighters and a Russian soldier were also injured. There was initially no comment from Russia.

According to the activists, several oil and gas facilities in northern Syria were also hit by Turkish drones. Six workers are said to have been injured. Furthermore, Turkish grenades fell near a prison in the city of Al-Kamischli, where supporters of the terrorist group IS are also held. The outskirts of the notorious Al-Hol refugee camp, where thousands of former IS supporters also live, were also hit. Some women reportedly tried to escape from the camp.

According to the state news agency Anadolu, projectiles fell again on Turkish territory. Three rockets were fired from northern Syria by Kurdish militias and hit the south-eastern Turkish province of Kilis. There were no injuries. According to Turkish sources, three people were killed in previous attacks.

According to the SDF, 15 civilians have also been killed so far. In a statement, the Syrian Democratic Forces called on the key powers in the Syrian war to take a clear stance. With regard to the USA, the SDF complained that their attitude does not seem to lie within the framework of friendship and partnership. Washington had so far expressed concern about the attacks, but also showed understanding for the terrorist threat to Turkey. 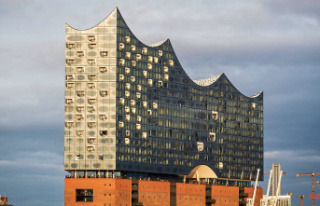 Protest in the Elbphilharmonie: climate activists...