After the murder of Darya Dugina, a Russian opposition figure declared that the "National Republican Army" was behind the assassination. 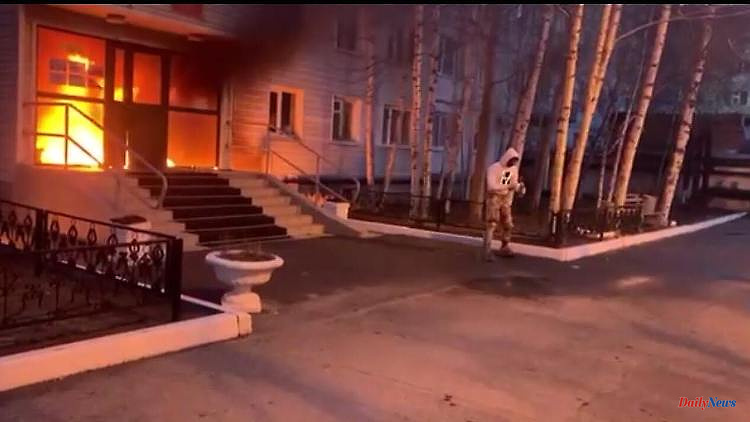 After the murder of Darya Dugina, a Russian opposition figure declared that the "National Republican Army" was behind the assassination. But does the group even exist? That is unclear. But there is no doubt that a partisan movement has been responsible for dozens of acts of sabotage in Russia for months.

When Darja Dugina's car blew up on a freeway near Moscow on Sunday night, it was immediately clear: the Kremlin propagandist and daughter of the right-wing extremist ideologue Alexander Dugin was assassinated. But who is behind it? A day after the attack, the Russian opposition politician Ilya Ponomarev declared in a video that partisans of the "National Republican Army" ("NRA") had taken responsibility for the assassination. The opposition TV channel February Morning, co-founded by Ponomarev, contacted the group's fighters and was authorized to read out the movement's manifesto, says the politician, who has lived in Kyiv since 2019, in the video.

However, nothing was previously known about the existence of the "army". does it really exist? And can a partisan group be behind such an elaborately planned attack? Experts and Western secret services doubt that, some see the signature of the Russian security authorities. The Kremlin, for its part, blames Ukrainian secret services for the crime, but Kyiv rejects the allegations.

The manifesto, which Ponomaryov reads in the video, says the movement's members are Russian activists, politicians and military personnel who have become "fighters and partisans." They declare President Vladimir Putin a "usurper of power" and accuse him of unleashing "a civil war between the Slavic peoples" and sending Russian soldiers "to certain and senseless death". State officials and security services of the Kremlin describe the group as "accomplices of the usurper" and threaten them with "annihilation" if they do not resign from their posts.

Ponomarew says in the video that the "NRA" is also responsible for "many other direct partisan actions in Russia" in recent months. The politician does not explain what events he is referring to, but footage of arson at conscription points in Russia is shown in the background.

Since the beginning of the war in Ukraine, there have indeed been increasing reports of attacks on military installations in Russia. The opposition Internet newspaper "The Insider" counted 23 attacks on conscription offices between the end of February and the beginning of July, including 20 arson attacks. In 2021 there was not a single similar incident in Russia.

But does the "NRA" have anything to do with these actions? According to the newspaper's research, the attacks on the conscription offices are not a campaign by a specific group, but rather individual actions by different movements - from left-wing anarchists to pro-Ukrainian activists and the extreme right. Occasionally, the attacks were also carried out by lone perpetrators. In most cases, the activists themselves post videos of their actions on social networks.

"The Insider" also reported at the beginning of July about a sharp increase in rail accidents that could be attributed to the activities of the partisans. According to the newspaper, incidents are reported to the railways almost every day. Between March and June alone, 83 freight trains are said to have derailed - 50 percent more than in the same period last year. Moreover, since the beginning of the war, derailments have been occurring much more frequently in the western part of Russia of all places, some of them near military bases. "The Insider" notes that the actual number of accidents could be even higher. Authorities may try to cover up incidents.

On April 12, an explosion destroyed a railway bridge in the village of Titovka, a few kilometers from the Ukrainian border. A week later, a freight train derailed in a suburb of Belgorod. In connection with both incidents, the domestic secret service FSB reported a few days later the arrest of two pro-Ukrainian activists who were allegedly planning another act of sabotage. On May 1, a railway bridge was blown up in the Kursk region, also not far from the Ukrainian border. At the end of May it became known that the FSB was looking for members of a "militant anarcho-communist organization" in connection with an act of sabotage near a military base near Moscow.

This organization really exists, at least on Telegram. There she publishes instructions on how to carry out acts of sabotage and reports on successful attacks. In addition to several actions on the railroad, the group also claims responsibility for setting fires to conscription points, cell towers and cars belonging to pro-Kremlin activists.

"For us, the outbreak of war on February 24 was a signal to step up measures," write the activists at Telegram. They see it as their duty to "stop the mass murder of people in the neighboring country committed by the Kremlin regime." In addition, the outbreak of war and the resulting crisis "opened up opportunities to create a revolutionary situation in Russia that should be exploited".

The group's activities were inspired by similar acts of sabotage by Belarusian partisans, the activists said in an interview with "Insider". With numerous actions in Belarus, the war opponents there in the first weeks after the beginning of the invasion helped to thwart the capture of Kiev by the Russian troops.

Just like the Belarusian partisans, the movement in Russia is organized in a decentralized manner, which makes it difficult for the security forces to track down the participants. In April, according to a representative of the movement, 20 to 40 cells were active in Russia, and now, he says, there may be even more. According to The Insider, the members of the group are not just anarchists, but people with different political views who want to actively fight against the Kremlin.

It is noteworthy that the partisans of the "anarcho-communist organization" criticized the assassination attempt on Dugina. The fact that an "unarmed woman, whose martyrdom seems to humanize Putin's fascist regime" as a victim of the attack raises doubts about the sense of the operation, according to a statement by the group, which was also published on Telegram. The movement is on the same side "with those who fight Putinism with direct action." However, one should choose the right means. 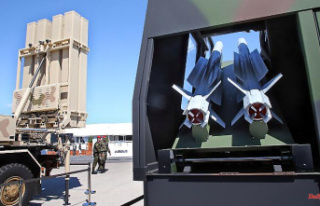