Group planned attacks: Lauterbach worries about his children because of Reich citizens

At the beginning of December, the federal prosecutor's office succeeded in striking the Reich citizen scene. 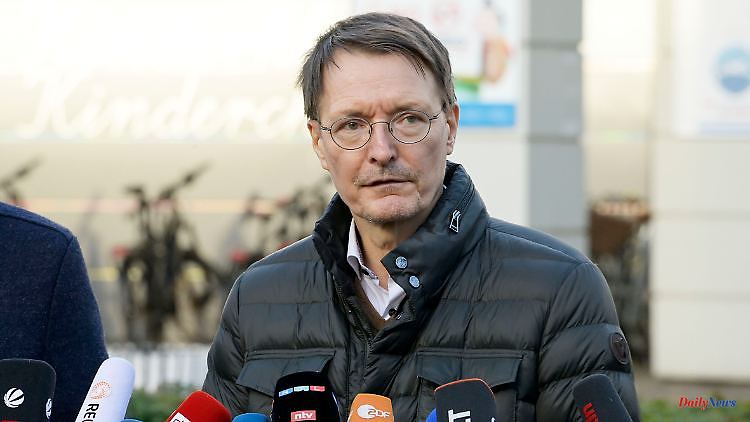 At the beginning of December, the federal prosecutor's office succeeded in striking the Reich citizen scene. For himself, Federal Minister of Health Lauterbach sees the danger posed by the right-wing extremists, but not banned. He still fears for the safety of his family, he says.

Federal Health Minister Karl Lauterbach is worried about his children after the threats from Reich citizens. "I'm very well protected, but it affects my life and I'm worried about my children," said the SPD politician to the "Rheinische Post". In April 2022, Reich citizens are said to have planned explosive attacks and the kidnapping of the Federal Minister of Health. Four men were arrested during a nationwide search.

Lauterbach said he initially underestimated the danger posed by the Reich citizens. "I didn't even know the Reich citizens a few years ago. Then I thought they were a few harmless crazy people. Today I know that these people are dangerous terrorists, many of whom are armed," said the minister.

Lauterbach has four adult children and a teenage daughter. "Unfortunately, I feel the threat every day," he said in April of this year. He is often threatened with violence and is on various death lists. The perpetrators sprayed his homes in Cologne and Berlin and damaged his private car.

Lauterbach said at the time that he was trying to deal with the situation "as professionally as possible": "I report every threat of violence or death. I get them in all ways, by e-mail, by post, threats are put in my mailbox." However, he does not read the hate mail himself, but hands over the letters to employees who check them. He then just signs the ads. "The haters want to scare me, intimidate me. I won't allow that," says Lauterbach.

Reich citizens do not recognize the Federal Republic of Germany as a state. They falsely declare that the historic German Reich continues to exist to this day. The followers negate today's democratic and constitutional structures such as parliament, laws or courts. They do not want to pay taxes, social security contributions or fines.

During a major raid on the scene on December 7, the federal prosecutor arrested a total of 25 people. The accused, including former officers and police officers and a former AfD member of the Bundestag, are accused of planning a state overthrow.

1 Money alone is not enough: why the "turning point"... 2 There are culprits and victims: Gauck: Could help... 3 Bad stock market year: DAX ends a year of losses below... 4 For the first time in the World Cup quarterfinals:... 5 Actually out for three games: Banned Lewandowski can... 6 Unbeatable in blitz chess: Carlsen wins World Championship... 7 Vip Vip, hooray!: News from the Wendler world of censorship 8 Bavaria: Three people injured when two cars collided... 9 Saxony: The police and fire brigade expect many operations... 10 Bavaria: Doctors argue about remuneration for work... 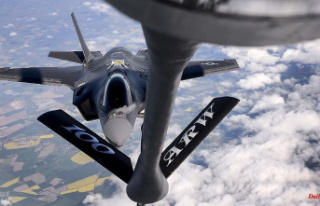 Money alone is not enough: why the "turning point"...