The Wagner mercenary group also recruits prisoners for deployment in the Ukraine. 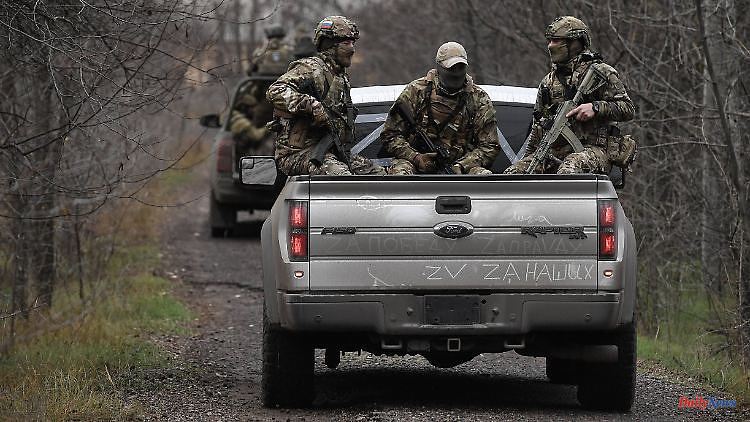 The Wagner mercenary group also recruits prisoners for deployment in the Ukraine. After six months of military service, the first men are now being pardoned and released. "Don't drink too much, don't take drugs, don't rape women," Wagner boss Prigoschin advises them.

According to the head of the Wagner mercenary group, a first group of Russian convicts was pardoned and released after their combat mission in Ukraine. "You fulfilled your contract. You worked honorably, with dignity," Yevgeny Prigozhin said in a video distributed by Russia's Ria Novosti news agency. It shows Prigozhin speaking to a group of men, some of whom are injured, whose faces are blurred.

The ex-convicts should be "treated with the deepest respect" by society after the conclusion of their six-month contract, businessman Prigozhin demands in the video in front of the men. "Don't drink way too much, don't take drugs, don't rape women, don't do anything stupid," the Kremlin confidante continued. You would have learned a lot, primarily how to kill the enemy. "But I definitely don't want you to use this achievement in forbidden territory. If you want to kill enemies again, you come back."

The mercenary group originally consisted of battle-hardened former soldiers of the Russian army. She has already fought in Libya, Syria, Mali. In Ukraine, fighters are on the front lines, especially in the battle for the city of Bakhmut, which Russian forces have been trying to take unsuccessfully since the summer. After Russia's February 24 invasion of Ukraine, Prigozhin also recruited thousands of men in Russian prisons to be released after serving six months in Ukraine.

In September, a video surfaced of a bald man very similar to Prigozhin in a prison yard offering inmates contracts to go on combat duty in Ukraine on chilling terms. "If you arrive in Ukraine and decide it's not for you, we'll consider it desertion and we'll shoot you," he says in the video, adding, "Any questions guys?"

The bald man also orders the men not to surrender and explains that they have grenades with them in case of capture. "When you die, your body will be returned to the place you wrote on the form," he adds.

It was not possible to verify whether the man in the video is Prigozhin. At least his company Concord did not deny this. The company quoted him as saying: "Of course, if I were a prisoner, I would dream of joining this friendly group, not only to pay off my debt to the fatherland, but to repay it with interest."

According to US insiders, Russian President Vladimir Putin is increasingly turning to the Wagner Group over the military difficulties in Ukraine. Their influence is increasing. Wagner is increasingly separating himself from the Russian Ministry of Defense. Because of his extensive catering business, Wagner boss Prigozhin is also called Putin's chef. The US classifies him as an oligarch and has sanctioned him for spreading false information and interfering in US elections. 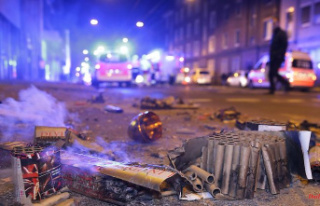