"He only thought of himself": Zelenskyj fires Kharkiv intelligence chief

During his visit to Kharkiv, Zelenskyj gets an idea of ​​the city's destruction by the Kremlin's attack. 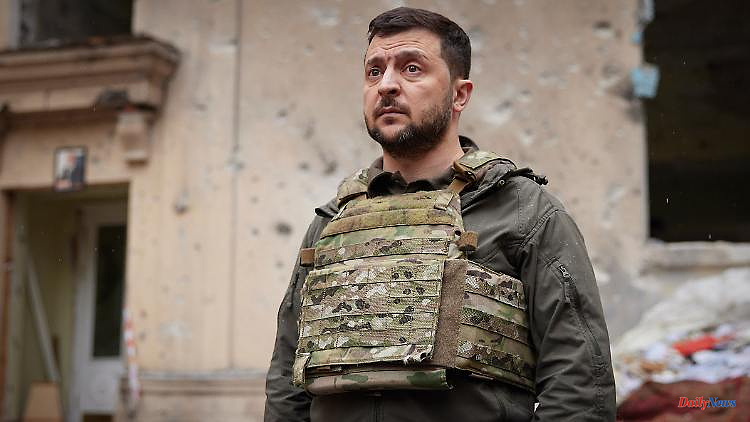 During his visit to Kharkiv, Zelenskyj gets an idea of ​​the city's destruction by the Kremlin's attack. The Ukrainian President says he also fired the head of the intelligence service there. He neglected his duties.

According to Ukrainian President Volodymyr Zelenskyy, he has fired the head of the domestic secret service SBU in the eastern Ukrainian city of Kharkiv. He found that from the beginning of the Russian war of aggression, he was not concerned with defending the city, "but only thought of himself," said Zelenskyj in his daily video speech in the evening. The law enforcement authorities would now investigate the motives behind it.

The President had visited the east of his country for the first time since Russia invaded Ukraine on February 24. His office published a video on Telegram, which showed Zelenskyy wearing a bulletproof vest inspecting destroyed buildings in Kharkiv and the surrounding area. During his visit, he also met the governor of the Kharkiv region and the mayor of the country's second largest city. Kharkiv was shelled shortly after Zelenskyy's visit to the front became known. Part of the country's second largest city was hit, Kharkiv Mayor Ihor Terekhov said, according to Ukrainian media.

Selenskyj described the destruction in the city as an example of Russia's war of annihilation. "Black, burned-out, half-ruined apartment buildings face east and north with their windows - to where the Russian artillery fired from." Russia can look into these houses like a mirror. "To see how much it has lost in these 95 days of war against Ukraine," Zelenskyy said. Russia not only lost the battle for Kharkiv, but also for the capital Kyiv and northern Ukraine, the president said. "It has lost its own future and any cultural ties to the free world. They are all burned." A third of the area around Kharkov is still occupied by Russian troops. "We have to liberate the entire area," emphasized Zelenskyj.

In addition, Zelenskyj accused Russia of the extensive destruction of the city of Sievjerodonetsk in the Donbass. The entire infrastructure had been destroyed, he said in the video message. "90 percent of the houses are damaged. More than two-thirds of the city's housing stock has been completely destroyed." The city is constantly under attack. The Russian army wanted to capture Sieverodonetsk at all costs. "And they don't care how many lives they have to pay for trying."

The attackers wanted to hoist their flag on the administrative building of Sieverodonetsk, which is located on the Boulevard of Friendship of Nations, Zelenskyy said. "How bitter that name sounds now." Ukraine is doing everything to contain the offensive. "There hasn't been a single day that we haven't struggled to find more weapons, more modern weapons, to protect our country, our people," the president said.

Sievjerodonetsk has been the target of Russian attacks for months. The city is considered the last point that the Ukrainian military still keeps under control in the Luhansk region. In the evening, the Ukrainian general staff announced in its situation report that the Russian army was trying "to gain a foothold on the north-eastern outskirts of Sievjerodonetsk" and was carrying out attacks in the direction of the city centre. The ground offensive is supported by artillery and air force. 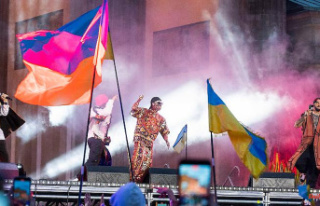 Scholz: "Stand by your side": Ukrainian...