His daughter vehemently explains the events surrounding the storming of the Capitol. 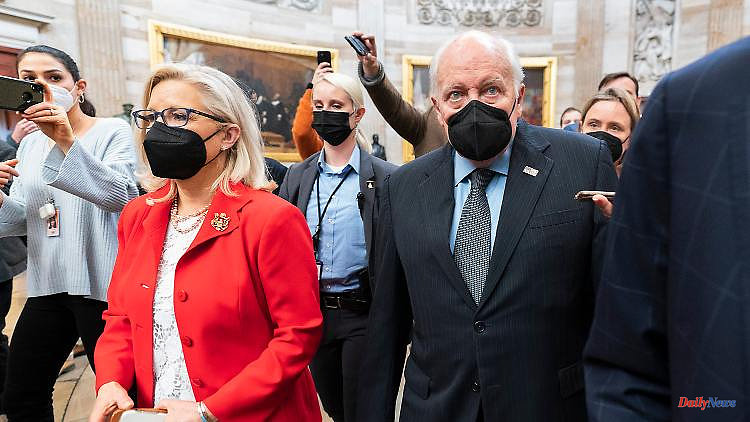 His daughter vehemently explains the events surrounding the storming of the Capitol. Republican Liz Cheney's opposition to President Trump, who was voted out of office, earns her enemies in her own party. Her father Dick is now getting involved in the election campaign - and finding clear words.

In an election commercial for his daughter Liz Cheney, former US Vice President Dick Cheney slammed ex-President Donald Trump: "In our nation's 246-year history, there has never been a person who posed a greater threat to our republic than Donald Trump," the Republican said in the minute-long video. "He tried to steal the last election with lies and violence to stay in power after voters rejected him. He's a coward. A real man wouldn't lie to his supporters." Trump and most other Republicans know he lost the election.

Congresswoman Liz Cheney is one of the most high-profile Republican critics of Trump. In the primary elections in her state of Wyoming on August 16, she therefore runs the risk of not being nominated by her party for the congressional elections in November. Trump has called for a competitor to be elected.

Liz Cheney is vice chair of the investigative committee into the attack on the US Capitol on January 6, 2021. On that day, after a inflammatory speech by the then president, Trump supporters tried to prevent Congress from officially proclaiming Democrat Joe Biden the winner of the November 2020 election explained. To this day, Trump maintains the long-disproven claim that he was deprived of victory through fraud.

Dick Cheney said in the video that his daughter would "make sure Donald Trump never moves into the Oval Office again." Liz Cheney told CNN on Thursday evening that Trump was guilty of "the gravest breach of duty by a president in the history of our country." Cheney, now 81, was the highly controversial number two under US President George W. Bush from 2001 to 2009. He was considered a hardliner and one of the central figures behind the US invasion of Iraq in 2003. 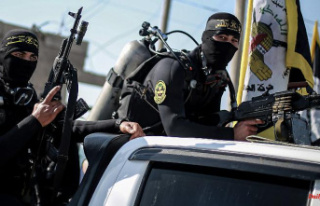