After a year in office, Federal Minister of Health Lauterbach travels to the USA. 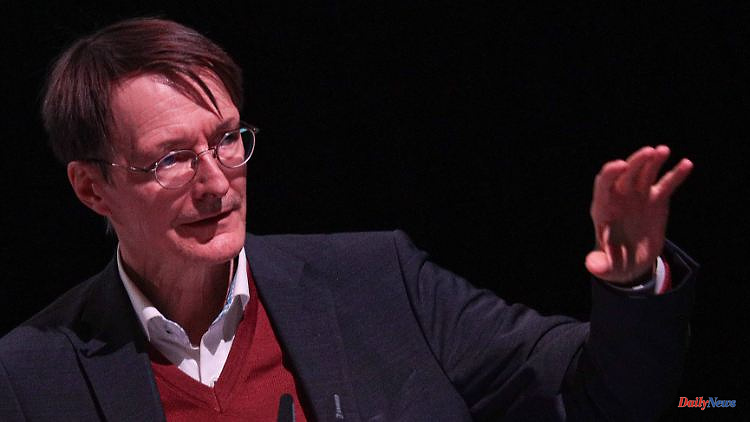 After a year in office, Federal Minister of Health Lauterbach travels to the USA. The visit to Cambridge is a return to his second home, which is clearly good for him. While his approval ratings have plummeted in Germany, he's being celebrated in the United States.

The convoy of polished black cars that roar through Boston and the suburb of Cambridge actually have specific destinations. There is no time for detours. Also, it's better if the security guards could check the destinations beforehand. But suddenly the three cars stop. The health minister wants to get out and seems excited. He has discovered his old house and wants to see it. By coincidence, the path to the next appointment led past the quiet cul-de-sac with the two-storey brick buildings where he lived 30 years ago with his then partner and two children. He beams when he talks about it.

At that time, Karl Lauterbach was still working as an epidemiologist, doing research at Harvard University, and nobody knew him outside of specialist circles. Today he is surrounded by a throng of employees, journalists and security guards, he is known, threatened and controversial. After coming into office a year ago, he has lost popularity. In the current RTL/ntv trend barometer, he is 9th in the federal politician ranking, a year ago he was 2nd. When asked about this, Lauterbach says: "It's not a minister's job to fight to be popular." If you're popular, that's good, but: "We have to get our work done." Not everyone likes that. Fighting pandemics, reforming the health system - by the end of November he had introduced 48 statutory ordinances and 12 laws, 9 of which were in charge.

While he is being criticized for his still strict corona course, overcrowded children's wards and shortages in the supply of medicines, and some federal states are thwarting his corona policy by abolishing the obligation to isolate and wear a mask in local public transport, Karl Lauterbach is satisfied with himself and his politics . He measures his success against a self-imposed mission: Based on epidemiological findings, he wants to create the political framework for people to live longer and be healthier. Lauterbach calls it "evidence-based politics" and thus opposes politics that follows ideologies or the interests of lobby groups. There are many of these in health policy, for example health insurance companies, pharmacists, the pharmaceutical industry, medical and nursing associations. No wonder, then, that public exchanges of blows between Lauterbach and medical representatives have repeatedly made the headlines in recent months.

While many in Germany take offense at him, the health minister from Germany is celebrated in the USA for his evidence-based policy. At Harvard University's Public Health Institute, which attracts epidemiologists from all over the world and where he himself did research in his past life as a scientist, Lauterbach is allowed to give the so-called Cutter Lecture. A special honor given only to those who have rendered special services to epidemiology. Most recently, Anthony Fauci, who became known in Germany as the American Christian Drosten, was allowed to speak.

Posters advertising the event are hanging all over the institute. The hall is so full that a second one is opened, into which the event is broadcast. Mainly young students came, many speak German. When Lauterbach starts talking, the room goes dead quiet. The young scientists follow Lauterbach's explanations on the challenges of the aging society, climate change and environmental protection and the need to make political decisions to get these problems under control. Those who study here belong to the scientific elite, and Lauterbach wants to reach them. His wish: to convince young scientists to follow his path, so that epidemiological findings do not dry up in any specialist journals, but are applied.

Long applause when his lecture is over. They wait in line for at least an hour and a half, want to have a word with the minister and take photos. Lauterbach swims in the crowd, takes time for everyone, asks about courses, biographies, encourages. He's beaming, like he was that morning when he discovered his old house.

That evening Lauterbach gets the recognition like a pop star. "I think he's doing a very good job in Germany," says 22-year-old Marius, who is studying genetic epidemiology here. "For us doctors, he's like a celebrity, that's why we all danced here and are really happy," says 23-year-old Toni, who is actually studying medicine in Kiel but is now doing research at Harvard. Many people don't find it surprising that Karl, as some here call him, is perceived very differently in Germany. His decisions were sometimes opaque, says Toni. But she also doesn't know how she could have done it better. Her fellow student Daniel, who is currently writing his doctoral thesis in medicine here, believes that Lauterbach is so often a nuisance because epidemiological data in particular cannot be conveyed effectively to the public. But precisely this data is the basis for Lauterbach's policy.

Lauterbach gets new input for further ministerial decisions in Boston and Cambridge in a laboratory, hospitals, research facilities. He has innovations in cancer therapy explained to him, shown how medicine and research are interlinked here, and informed himself about the use of software for processing health data. The keynote speeches that his interlocutors have prepared can hardly be understood by laypeople. Lauterbach has previously read studies on the respective topics, reports in between, asks questions. He has to get digitalization in the healthcare system under control: "In terms of digitalization, we are ten years behind what we set out to do." And he wants Germany to make progress in the fight against cancer.

The pandemic, he says, accounts for only 20 percent of his working hours. Here in the US he had a meeting with Anthony Fauci, the US chief immunologist. It was about possible corona vaccines that can be administered as a nasal spray and others that work against a large number of variants at the same time. There was also a dinner with US President Biden's corona advisor, Ashish Jha, an old friend of Lauterbach's from Harvard days. Then another conversation at the World Bank about the Pandemic Fund. Poorer countries should be able to use this to get funds for early detection of a pandemic. For example for waste water monitoring or sequencing. That's it with Corona. At least on this trip.

1 Share of green electricity increased in 2022: Federal... 2 "Bellenhaus is the main perpetrator": defender... 3 Telekom takes over the top of the table: Bonn celebrates... 4 Can FCB punish the goalkeeper?: Lawyers classify Neuer's... 5 "Reflection of society": Bob Hanning settles... 6 Accident in Hesse: man drives woman to death and falls... 7 Delicatessen snack in Cambodia: It takes courage for... 8 Playing Blackjack for a Living - Is It Possible? 9 Role of a homosexual: Daniel Craig has the next post-Bond... 10 "I don't understand the hype about me":... 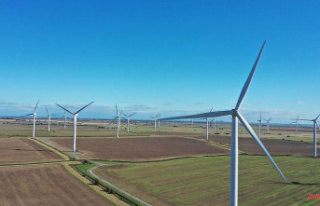