"High point of an attempted coup": U-Committee blames Trump for the Capitol storm

Supporters of Donald Trump violently stormed the House of Parliament in the capital Washington on January 6, 2021. 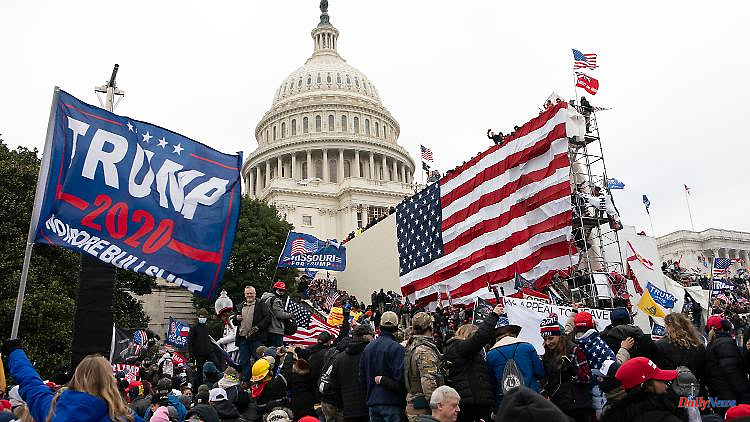 Supporters of Donald Trump violently stormed the House of Parliament in the capital Washington on January 6, 2021. The competent investigative committee blames the voted-out US President - who had previously incited the crowd in a speech.

The parliamentary committee of inquiry into the storming of the US Capitol sees responsibility for the events on January 6, 2021 as ex-US President Donald Trump. This "incited the demonstrators to riot," said committee chairman Bennie Thompson when presenting the first investigation results. The storming of the Capitol was "the culmination of an attempted coup" and "Donald Trump was at the center of this conspiracy".

On January 6, 2021, hundreds of radical Trump supporters stormed the Capitol as Democrat Joe Biden's victory in the November 2020 presidential election was to be certified there. The storming of the seat of Congress with five dead caused horror worldwide and is considered a black day in the history of US democracy.

The nine members of the committee - seven Democrats and two Republicans - had started their work almost a year ago. Since then, they have viewed around 140,000 documents and interviewed more than a thousand witnesses, including Trump's son Donald Junior, his daughter Ivanka and her husband Jared Kushner. Previously unreleased video footage of the escalation of violence was to be seen during Thursday's 90-minute session.

Immediately before the start of the public hearings in the investigative committee, Trump had described the riots as "the largest movement" in US history. "January 6 was not just a protest, it represented the largest movement in our country's history to make America great again," Trump said on his new online platform Truth Social. "It was about an election that was rigged and stolen, and about a country that was about to go to hell," Trump repeated his often refuted allegations that massive electoral fraud robbed him of a second term.

Former US Attorney General William Barr has called ex-President Donald Trump's allegations of electoral fraud bullshit. At the first public hearing, a video recording of Barr's questioning was shown. In it, the ex-Attorney General said he had had several conversations with Trump on the subject after the presidential election in November 2020. "I have made it clear that I do not agree with the claims that the election was stolen and the spreading of this stuff that I told the President was bullshit." Barr said he had repeatedly told the president in no uncertain terms that he saw no evidence of voter fraud. Even a year and a half later, he sees nothing that would change his mind. He called claims of this kind "crazy".

The committee also showed the video recording of an interview with Trump's daughter Ivanka. When asked about Barr's statements, she said his assessment certainly had an impact on her perspective. You respect Barr. "So I accepted what he said."

1 Police must intervene: Britney Spears' ex-husband... 2 100 accidents are being investigated: US authorities... 3 Hesse: A month after the death of siblings, the work-up... 4 Collectibles of the magic duo: "Siegfried 5 Baden-Württemberg: Police officer Hess wants to lead... 6 Hesse: Time is of the essence in the negotiations... 7 Bavaria: Picking strawberries yourself helps Bavarian... 8 Bavaria: 80-year-old seriously injured in house fire 9 Baden-Württemberg: district council calls for speed... 10 "SPD leadership makes it difficult for me":... 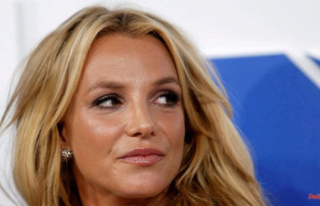