"High-risk" option: US general warns of port liberation in Odessa

Because Russia is blocking the Ukrainian Black Sea ports, grain that is needed worldwide cannot be exported. 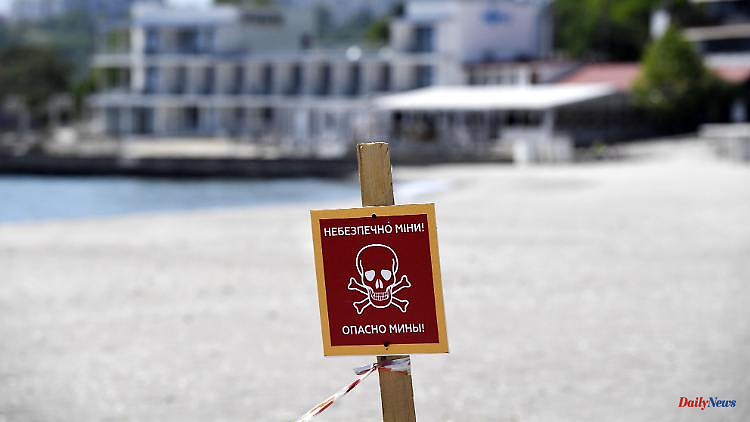 Because Russia is blocking the Ukrainian Black Sea ports, grain that is needed worldwide cannot be exported. However, US Chief of Staff Milley vehemently advises against opening the sea routes through a military operation. Meanwhile, French President Macron is suggesting a UN resolution.

US Chief of Staff Mark Milley believes ending the blockade of the port of Odessa by military means is a "high-risk" option. "Currently the sea routes are blocked by mines and the Russian Navy," said Milley during a visit to London. "To open up these sea lanes would take a very large military effort by a country or a group of countries." Such a mission would be "a high-risk military operation," emphasized the US general.

Ukraine and Russia are among the world's most important grain producers. Exports from both countries have collapsed because of the war in Ukraine, the Russian blockade of Black Sea ports and sanctions against Russia. Ship traffic in the Black Sea is also endangered by mines laid by Ukrainian units to ward off Russian attacks.

French President Emmanuel Macron has proposed a UN resolution to Kremlin boss Vladimir Putin to end the port blockade. "In the discussion we had with Olaf Scholz last Saturday, I suggested to President Putin that we take the initiative for a UN resolution to give this operation a very clear framework," Macron said after the EU Summit in Brussels.

French President and Chancellor Scholz had an 80-minute phone call with Putin on Saturday. The global food crisis was also discussed during the call. According to the Kremlin, Putin promised to make concessions on the export of Ukrainian grain. This also applies to Ukrainian grain in Black Sea ports, it said after the call. At the same time, Putin again called for Western sanctions against his country to be lifted.

US Chief of Staff Milley is taking part in a meeting of the Chiefs of Staff of the Five Eyes intelligence alliance in London this Wednesday, which includes Australia, New Zealand and Canada in addition to the US and Great Britain. "I will work with our allies and partners to ensure our support to Ukraine is coordinated and synchronized," he said.

Milley travels on to Helsinki on Friday. Like Sweden, which the US Chief of Staff is visiting on Saturday, Finland is applying for NATO membership under the impression of Russia's war of aggression against Ukraine. The US general will also attend several ceremonies commemorating the Allied landings in Normandy during World War II over the coming week. A meeting of the chiefs of staff of all NATO countries is planned for June 8.

1 Battle for Donbass city: What speaks for Ukraine in... 2 Fall of a Dordogne woman on the 3rd Floor: The victim... 3 Ukraine: Russians have "most" Severodonetsk 4 Roland-Garros: Alcaraz eliminated by Zverev at the... 5 London will send the first Rwandan migrants in June 6 Biarritz: A seller of dangerous substances was arrested... 7 Bavaria: Franz Herzog von Bayern receives the Romano... 8 Pesticides: European Agency says Glyphosate is not... 9 Charente-Maritime: A young girl is beaten by an alcoholic... 10 The day of the war at a glance: Governor: Sievjerodonetsk... 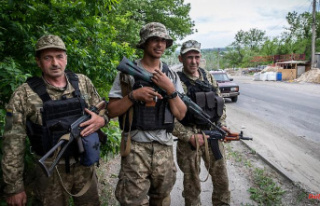 Battle for Donbass city: What speaks for Ukraine in...