The ink in Washington is dry, the United States has agreed to expand NATO. 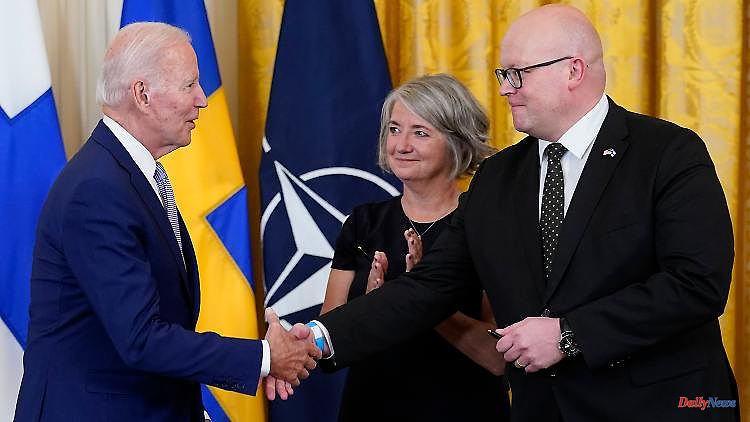 The ink in Washington is dry, the United States has agreed to expand NATO. US President Biden sees the military alliance strengthened: "Putin is getting exactly what he didn't want." However, the approval of several member states is still missing.

US President Joe Biden has confirmed the ratification of Finland and Sweden's NATO accession by the US Senate with his signature. The two countries would become "strong, reliable, highly capable new allies" by making the "sacred commitment" to mutual defense in the US-led transatlantic alliance, Biden said at the signing ceremony.

All 30 NATO member states must agree to the admission of Finland and Sweden. At the beginning of July, the Bundestag and Bundesrat approved the accession of the two Nordic countries. According to Washington, the US is the 23rd state to have agreed. "Putin thought he could tear us apart. Instead, now he's getting exactly what he didn't want," Biden said. The US President called on other allies to complete their own ratification processes as soon as possible. Only then can the accession protocols come into force. Turkey will probably be decisive. She is very skeptical about accession.

NATO is the "foundation of American security," said Biden. Restoring traditional US alliances is a focus of his administration's policies after his predecessor, Donald Trump, turned US international relations upside down. The United States is committed to the transatlantic alliance, stressed Biden. Sweden and Finland have "strong democratic institutions, strong armies and a strong and transparent economy" that would now support NATO.

The US Senate ratified the accession of Finland and Sweden last week with a surprisingly large, cross-party majority. Both countries broke with their traditional military neutrality in May because of the Russian war of aggression against Ukraine and applied for NATO membership.

1 Animal is trapped in the lock: 24 divers begin Beluga... 2 Series of murders of Muslims: US police arrest suspect 3 US top politician: Pelosi defends Taiwan trip - and... 4 C1: Monaco cracks in Eindhoven and says goodbye to... 5 "Who steals the show from me": Can't... 6 The price of milk will continue to rise due to the... 7 Russian invasion: war against Ukraine: That's... 8 "Who steals the show from me": Can't... 9 TV tip: Terror in your head? The psychological drama... 10 Shot by a police officer: After the death of a 16-year-old,... 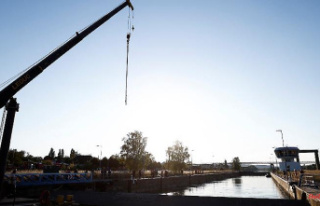 Animal is trapped in the lock: 24 divers begin Beluga...