The two Western Balkan countries, North Macedonia and Albania, have been waiting in the waiting room of the EU for years. 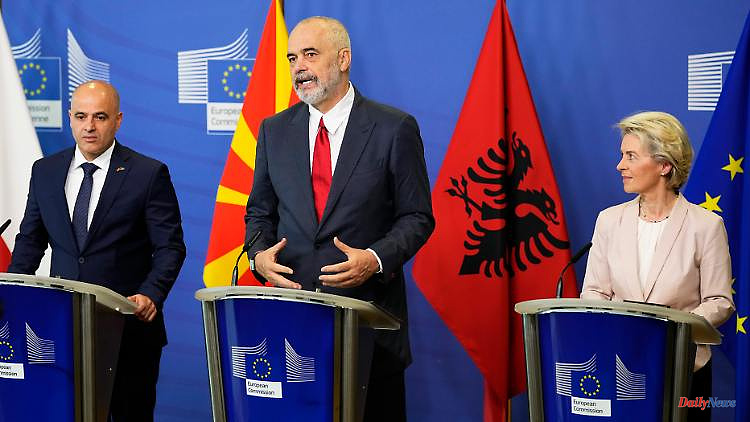 The two Western Balkan countries, North Macedonia and Albania, have been waiting in the waiting room of the EU for years. The first phase of the accession negotiations is now beginning. In the meantime, the reservations of the EU member Bulgaria have been cleared up and progress should be made quickly.

The European Union has started long-stalled accession negotiations with the Balkan states of North Macedonia and Albania. The prime ministers of the two countries were welcomed to the first intergovernmental conferences in Brussels. These marked the start of the negotiation process. EU Commission President Ursula von der Leyen and the federal government described the step as historic. "We are thus sending a very clear signal that the countries of the Western Balkans belong in the EU," said German Minister of State for Europe Anna Lührmann in Brussels.

Von der Leyen emphasized that North Macedonia and Albania had worked hard for this step. She cited progress in the rule of law, the fight against corruption and economic reforms as examples. North Macedonia, which has around 2.1 million inhabitants, has been a candidate for EU membership since 2005, and Albania, with around 2.8 million citizens, has been since 2014.

North Macedonian Prime Minister Dimitar Kovacevski said his country's three-decade dream is now within reach. "Today is the day we write a new chapter in the history of North Macedonia, a chapter of prosperity and progress." This is historic and well deserved. His Albanian counterpart Edi Rama commented that it is with joy and pride that Albania now sits at the big table of a united Europe to start membership negotiations. "We know this is not the beginning of the end. This is just the end of the beginning."

At the Intergovernmental Conferences, the guidelines and principles for the negotiations were officially presented to the two candidate countries. On this basis, the EU Commission can now start with the so-called screenings. The authority examines the extent to which the national law of the candidate country differs from EU legislation and requires adjustment. "We will start very quickly," promised von der Leyen. Following the "screenings", the Commission can then propose opening so-called negotiation chapters. In order for the recommendations to be implemented, a unanimous decision by the EU states is required again.

Overall, the negotiation process can take many years and can be stopped again if problems arise. The EU began accession talks with Turkey in 2005. However, these were put on hold again a few years ago because Brussels saw unacceptable developments in the area of ​​the rule of law. The intergovernmental conferences to start the accession negotiations with North Macedonia and Albania should actually be organized as early as 2020. 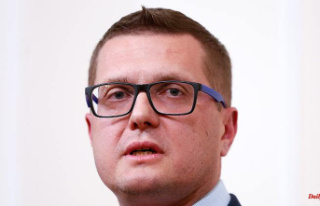