Ukraine says it inflicts another loss on the Russian Black Sea Fleet. 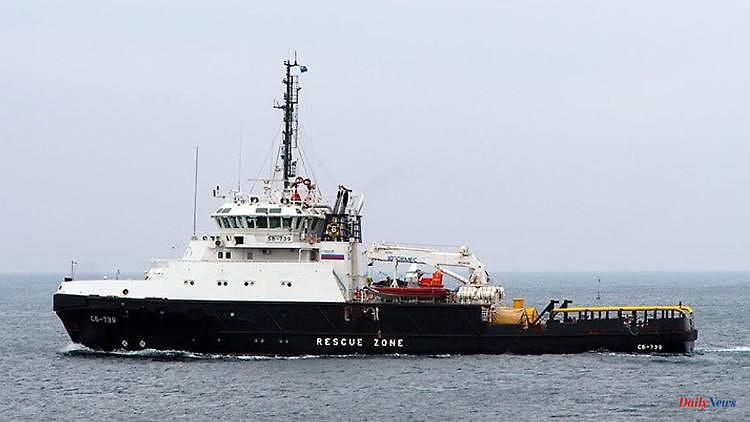 Ukraine says it inflicts another loss on the Russian Black Sea Fleet. The military governor of Odessa reports that the tugboat "Vasily Bech" sank on the way to "Snake Island" after being shelled with "Harpoon" rockets.

The Russian Black Sea Fleet tugboat hit by Ukrainian missiles has sunk, according to Ukrainian authorities. The tug "Vasily Bech" was damaged by Ukrainian missiles. "Later it became known that he sank," Odessa military governor Maxym Marchenko said in a video address on his Telegram channel. There is no confirmation from Russian or independent sources for the sinking.

The Ukrainian Navy had already reported the shelling on Friday. Accordingly, the ship, which was only put into service in 2017 and equipped with a "Tor" air defense system, was hit by "Harpoon" missiles and severely damaged. Denmark delivered the anti-ship missiles to Ukraine. The smuggler was therefore with military equipment on the way to the strategically important "snake island", which has been occupied by Russian troops since the end of February. According to the Ukrainian Navy, the "Vasily Bech" was supposed to bring ammunition, weapons and soldiers to the island.

The "Vasily Bech" would not be the first ship that the Russian Black Sea Fleet lost in the war against Ukraine. The loss of the landing ship "Saratov" and the missile cruiser "Moskva" was confirmed by the Russian side. Above all, the sinking of the "Moskva" as the flagship of the Russian Black Sea Fleet was a painful loss for the Russian Navy. The "Moskva" sank in mid-April after a fire near "Snake Island". While Russia has not provided any further explanation as to the causes of the fire, Ukraine claims it shot down the cruiser with anti-ship missiles.

1 For the first time in corporate history: Apple employees... 2 "No relevant damage": FDP opens new debate... 3 From sweet potatoes to dividends: things that are... 4 Incentives for industry: Habeck is planning further... 5 Bitcoin below $18,000: crypto industry in a downward... 6 Restaurants remain closed: There are no waiters in... 7 Between Inflation and Recession: What's left... 8 $20,000 mark broken: Bitcoin price continues to collapse 9 "Volga" and "Pobeda" back soon:... 10 Excess profit tax controversy: "Excess profits... 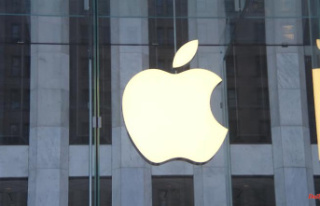 For the first time in corporate history: Apple employees...