On the anniversary of Hitler's assassination, Russia's war of aggression plays a major role. 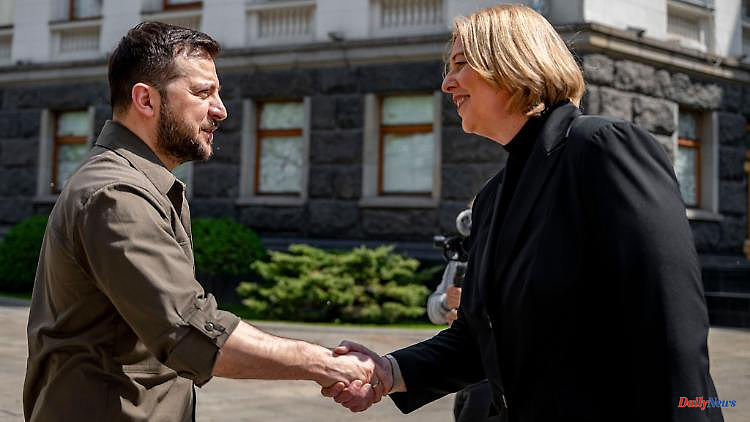 On the anniversary of Hitler's assassination, Russia's war of aggression plays a major role. The Belarusian opposition politician Tichanovskaya refers to the authoritarian ruler Lukashenko. President of the Bundestag Bas reminds us that "obedience ends where there is injustice" for soldiers.

On the 78th anniversary of the failed assassination attempt on Adolf Hitler, the Federal Government and the Berlin Senate paid tribute to the resistance movement against the Nazi regime. Chancellor Olaf Scholz wrote on Twitter that the men and women around Wehrmacht officer Claus Schenk Graf von Stauffenberg had risked their lives to overthrow Hitler's regime. "Your sacrifice obliges us to always stand up for democracy." The CDU chairman Friedrich Merz also wrote on Twitter: "Today reminds us to stand by our values."

Berlin's Senator for Culture, Klaus Lederer, also recalled the vulnerability of democracy at a ceremony in the Plötzensee memorial. "The task for all of us to take responsibility for our democracy is one of the enduring lessons from the Nazi dictatorship." The left-wing politician called for constant vigilance against anti-democratic tendencies. "We always have to consciously deal with the state of our democracy. We have to react when it comes under pressure and fight for it with a straight back."

It cannot only be about Germany. "Particularly during the period of President Putin's war of aggression against Ukraine, people are becoming aware that democracy and peace cannot be taken for granted, even in Europe." Russia's attack on the country is also an attack on the idea of ​​a free and democratic Europe.

State Secretary for Economic Affairs Anja Hajduk spoke at the event for the federal government. July 20 is a holiday for those who have found the strength and courage to take a stand against oppression and violence and to follow their moral compass. "And those who have found the inner strength to shed their ideological blindness, like many officers of July 20," said the Green politician.

"Precisely because Stauffenberg and other members of the conservative resistance initially followed National Socialism, their attempt to put an end to the dictatorship is so remarkable. They were Everymen of the Germany of their time," said Hajduk. But that doesn't put her act into perspective, on the contrary. "It makes them an encouraging sign that people can break free from the ideological aberrations of their time."

On July 20, 1944, Wehrmacht officers around Stauffenberg tried in vain to kill Hitler with a bomb and end the war. Stauffenberg and a few co-conspirators were shot dead in the courtyard of the Bendlerblock on the evening of the assassination. In the weeks and months that followed, the Nazis executed around 90 other participants and supporters in Plötzensee.

In her speech at the memorial, the Belarusian opposition politician Svetlana Tichanovskaya drew parallels between the resistance against Hitler and the resistance in her authoritarian homeland against the ruler Alexander Lukashenko. All of Belarus is a prison, she said. The regime is taking more brutal action than ever before against any rebellion. Yet people would have the courage to do so. "Courage is timeless and knows no bounds."

In the evening, 400 Bundeswehr recruits were to take their solemn vows at the Bendlerblock, the Berlin office of the Ministry of Defence. Among others, Defense Minister Christine Lambrecht and Bundestag President Bärbel Bas of the SPD were expected to swear in the young soldiers. Bas reminded the soldiers of their right to refuse illegal orders. "Obedience ends where there is injustice, where orders come from a recognizably criminal regime," said the SPD politician at the ceremonial pledge.

"The Basic Law provides for a right of resistance against anyone who undertakes to abolish the constitutional order in Germany," emphasized Bas. A look at the Russian war crimes in Bucha, Irpin or Mariupol shows why this self-image has to be nurtured. "The Bundeswehr serves peace, democracy and the rule of law. That is a key lesson from the German crimes of the past."

According to the previously published text of the speech, Bas said that Stauffenberg was anything but an advocate of parliamentary democracy. "But the failed coup reminds us that we bear responsibility for our democracy." 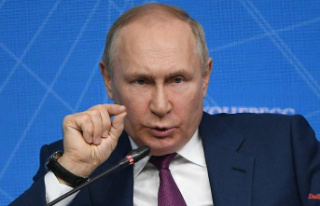 The day of the war at a glance: Mocked Putin sees...