The patience of the SPD in Frankfurt is breaking: despite charges of corruption, Mayor Feldmann remains in office. 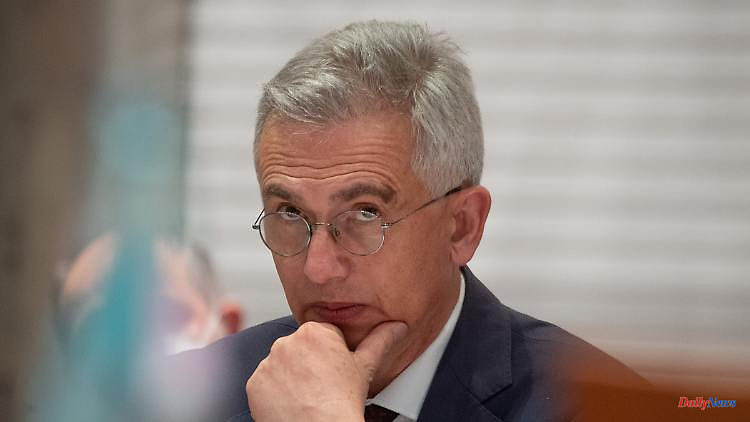 The patience of the SPD in Frankfurt is breaking: despite charges of corruption, Mayor Feldmann remains in office. But a frivolous saying in the direction of the stewardesses on the Eintracht flight to Seville could finally cost him his office.

After the recent controversial behavior of the indicted Frankfurt Mayor Peter Feldmann, his own party, the local SPD, has now also called for his resignation. That requires the dignity of the office, the reputation of the city and the ability of the magistrate to act, said deputy party leader Kolja Müller. The Greens, CDU, FDP and the Volt party in the Main metropolis had previously spoken out in favor of resigning. "Should this appeal also go unheard, we will discuss further steps together with the coalition parties, up to and including a vote-out procedure," said the Greens, for example.

At the weekend, a video appeared on the Internet in which Feldmann spoke of flight attendants on the flight to the Europa League final from Eintracht Frankfurt to Seville, "who put me out of action hormonally at first". "The sexist statement made by the mayor on the flight to Seville is not a trivial offense, but a blunder that must be condemned," said Müller. The behavior is one of a number of other mistakes.

Feldmann also caused irritation at the cup celebration in the Römer last Thursday. There he first took the trophy from Eintracht captain Sebastian Rode and coach Oliver Glasner in order to advance towards the Kaisersaal. And during his speech, the mayor, who describes himself as a Eintracht fan, mispronounced several of the players' names.

Feldmann himself regretted his appearance at the party and later apologized for his saying on the plane. After the charges against him on suspicion of corruption in connection with the so-called Awo affair, the SPD initially stated that he would have to resign from office if the main proceedings were to be allowed. Waiting any longer is now unreasonable, it said. Feldmann himself did not initially comment on this.

1 Buch also criticizes CDU policy: Röttgen: Putin was... 2 "Putin then in the sanatorium": ex-MI6 chief... 3 "I've never been so ashamed": Russian... 4 The end of September should be over: Lagarde heralds... 5 USA runs out of powdered milk: US military imports... 6 HSV remains second-class: Hertha turns relegation... 7 Petkovic continues "smart" in Paris: Kerber... 8 "Are not perfect, but...": Qatar feels discriminated... 9 In the showdown against Switzerland: Germany beckons... 10 F1 driver is looking for the perpetrator himself:... 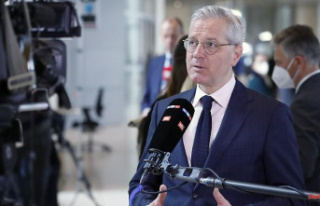