"Horrible" representation: Scholz is not going to the Documenta this time

With clear words, the Federal Chancellor distanced himself from the controversial banner at the Documenta. 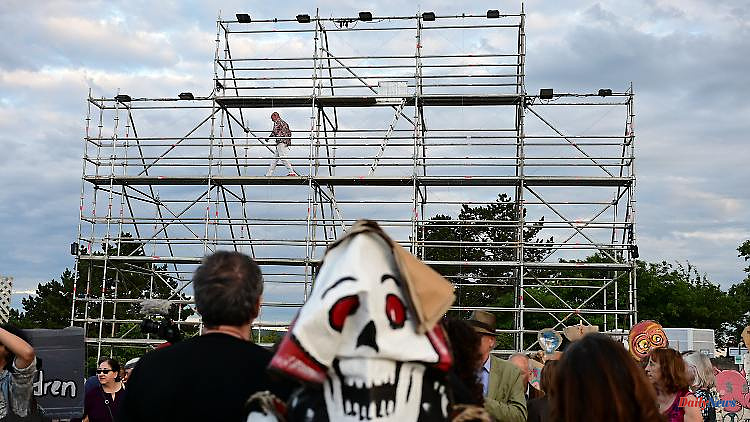 With clear words, the Federal Chancellor distanced himself from the controversial banner at the Documenta. The work was taken down because of anti-Semitic symbols and a wave of outrage. The move was "completely right and appropriate," says a government spokeswoman.

According to a report by the "Jüdische Allgemeine", the allegations of anti-Semitism at the Kassel Documenta prompted Chancellor Olaf Scholz to forgo visiting the art exhibition. A government spokeswoman told the weekly newspaper that the SPD politician had "probably not missed a documenta in the past 30 years", but would not be traveling to Kassel this time.

The reason is anti-Jewish images on a work by the Indonesian artist group Taring Padi that has since been dismantled. According to the report, the Chancellor finds this representation "disgusting" in the words of the spokeswoman. It was "completely right and appropriate" to remove the mural. In his opinion, "there is no place in Germany for anti-Semitic depictions, not even at an art exhibition".

Scholz spoke out in favor of reviewing the inclusion of the controversial works in the exhibition. "The Chancellor is convinced that the Documenta management should face up to their responsibility for this process and examine themselves," said the government spokeswoman. Before the start of the Documenta, there were a whole series of warnings - "it is all the more irritating that this scandal has nevertheless happened."

The banner called "People's Justice" by Taring Padi depicts, among other things, a pig-faced soldier. He is wearing a scarf with a Star of David on it. "Mossad" is written on his helmet - the name of the Israeli foreign intelligence service. Many saw it as anti-Semitic imagery, among other things. Those responsible for the Documenta initially decided to cover the work with black panels of fabric. It was completely dismantled on Tuesday evening.

FDP General Secretary Bijan Djir-Sarai criticized the events surrounding the Documenta as just as shameful as they were scandalous. "Anti-Semitism is not an opinion. Anti-Semitism is hate and can therefore never, in any way, claim the freedom of art," said Djir-Sarai. It is deeply regrettable that warnings pointing to an influence of the anti-Israel organization BDS on the Documenta have been ignored for months. "This must not be! The German Bundestag also made it clear with a large majority in its 2019 resolution against BDS that this course cannot hope for any state support."

"Now it is important to relentlessly explain how this shameful incident could have happened and who was specifically responsible for which decisions and when," Djir-Sarai continued. The most important thing is that consequences are drawn from it. "Anyone who approves of these inhuman failures should not be responsible for an internationally known cultural event in Germany," demanded the FDP politician.

An event together with Hesse's Minister of Science, Angela Dorn, is planned for Wednesday next week. Mendel now sees it as an "urgent task for the Documenta to enter into dialogue as quickly as possible: with the audience and with around 1,500 artists from all over the world". The spontaneous protest by some artists against the dismantling of the Taring Padi collective's controversial work on Tuesday evening shows the urgency of talking to the artists. It's about "discussing the boundaries between blatant anti-Semitic resentment and solidarity with the Palestinians" with them.

The Documenta makers would have to explain why the mural was taken down and face the criticism of anti-Semitism in various formats. Space should be created "for discussion about anti-Semitism and racism in art. And about the boundaries between criticism of Israel and anti-Semitism," Mendel demanded. Civil society representatives should be involved. Mendel also criticized the Indonesian curatorial team Ruangrupa: "I still miss a statement to this day, the curatorial team is responsible for a project funded with 43 million euros from public funds."

1 Discussion at a turning point: what the chancellor's... 2 After a long dispute: EU countries agree on stricter... 3 For the first time since Khashoggi's murder:... 4 Called "offended liver sausage": Melnyk... 5 Free certificates expire: EU Parliament finds agreement... 6 Scholz before summit marathon: "Partnership with... 7 "Total consensus" among the Twenty-Seven... 8 "Aggression against Russians": Moscow accuses... 9 There is a lack of helicopters: Lambrecht is considering... 10 Politics based on 1.5 degrees: How Germany can achieve... 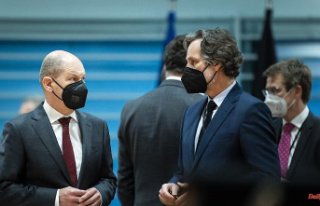 Discussion at a turning point: what the chancellor's...