Hour-long bombing: governor describes brutal back and forth in Sievjerodonetsk

According to the governor of the Luhansk region, Russian forces bombed Ukrainian positions in the city of Sieverodonetsk for hours. 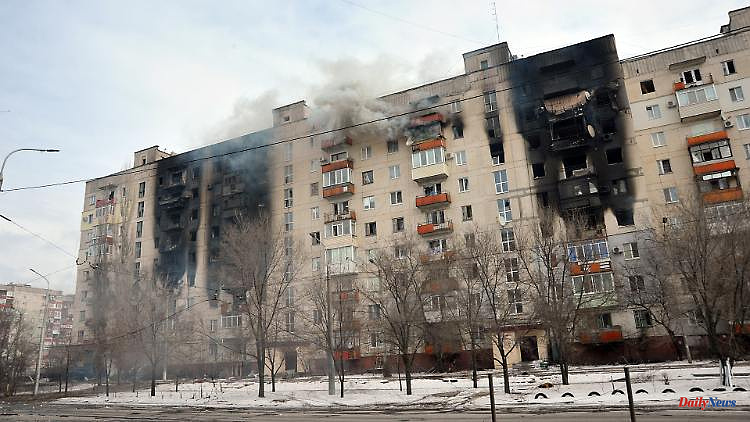 According to the governor of the Luhansk region, Russian forces bombed Ukrainian positions in the city of Sieverodonetsk for hours. In the meantime, Russian soldiers have been pushed back again, but fresh companies are being mobilized again and again.

In the strategically important city of Sievjerodonetsk in eastern Ukraine, the defenders say they have pushed back the Russian forces somewhat. If the Russian soldiers had previously controlled "about 70 percent" of the city, "they have now been pushed back by 20 percent," said the governor of the Luhansk region, Serhiy Gajday.

He described a brutal back and forth. Russian forces "bomb our positions for hours, then they send in a company of freshly mobilized soldiers, they die, then they realize there are still pockets of resistance and they start bombing again," Gajdaj said . That's how it works in the fourth month of the Russian invasion.

According to their own statements, the Ukrainian military continues to hold positions in the heavily contested city. "Fighting continues in the center of Sievjerodonetsk," the Ukrainian General Staff said in its situation report on Friday. Accordingly, the enemy was shelling the Ukrainian positions in the city, in the suburbs of Borivsk and Ustynivka, and in the twin city of Lysychansk, which forms a conurbation with Sievjerodonetsk. In addition, the General Staff reported air raids on the village of Myrna Dolyna and unsuccessful attempts to storm the urban settlements of Metyolkine and Bilohorivka in the immediate vicinity of Sieverodonetsk.

Kyiv accuses Moscow of turning Ukraine's last remaining bastion in Luhansk into a "second Mariupol." The port city on the Sea of ​​Azov had been under siege for weeks and was largely destroyed. Mariupol's mayor Vadym Boychenko said the "occupation powers" had "almost reduced the city to rubble and ash." After a hundred days of war, the result was "more than 22,000 civilians killed, 1,300 buildings destroyed and 47,000 people deported to Russia or to areas controlled by the pro-Russian separatists," he said.

1 "In the end it's just a match": The... 2 Trafficking in drugs. Two women attempt to pass through... 3 Baden-Württemberg: IW analysis: fuel tax reduction... 4 Baden-Württemberg: Every second person is optimistic... 5 Baden-Württemberg: Three injured in a car accident... 6 Baden-Württemberg: curfew: opinions differ on crested... 7 This is a great idea for a family trip. Gillardes'... 8 FDA Concerned About Link: Heart Muscle Inflammation... 9 Bavaria: 20 percent of cows and pigs die before slaughter 10 Bavaria: Man probably crushed by trailers during forest... 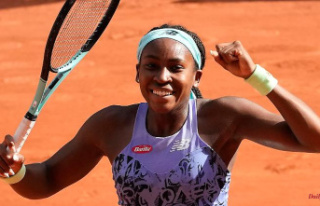