Hub Serbia?: Influx of refugees via the Balkans worries Faeser

In the shadow of the Ukraine war, more and more refugees from Syria and Afghanistan are reaching Germany via the Balkan route. 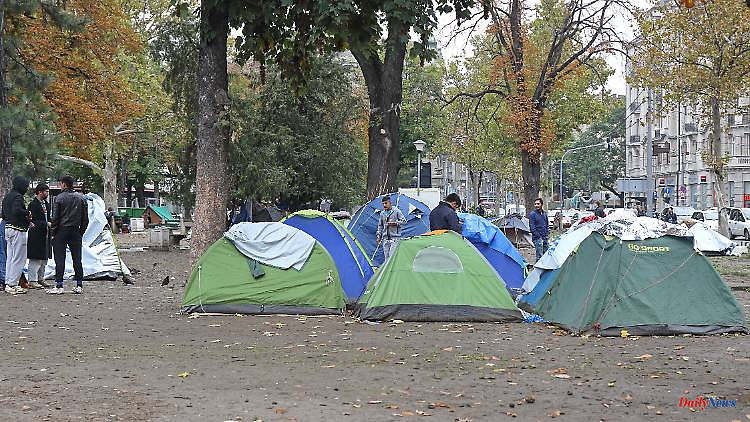 In the shadow of the Ukraine war, more and more refugees from Syria and Afghanistan are reaching Germany via the Balkan route. Saxony and Bavaria are already sounding the alarm. Interior Minister Faeser states that the Serbian capital Belgrade plays a role in this.

Federal Interior Minister Nancy Faeser is concerned about the significantly increasing number of refugees coming to Germany via the Balkans. Apparently, many of the migrants entered the Serbian capital Belgrade, also via the airport there, and then made their way to Germany, Faeser told the TV station Welt. The SPD politician announced talks with Serbia about "why migration has suddenly increased".

"We see increased migration via the Czech Republic, via Austria - also to Germany," said the minister. "I've already talked to my two colleagues about what we can do together."

Faeser showed understanding for the appeals by Saxony's Interior Minister Armin Schuster, who had spoken of a sharp increase in the number of refugees. "That's right what Saxony is observing," said Faeser. "We have been observing this for two weeks now and are already taking action to redirect the movement there." The federal government is helping with the accommodation with state-owned real estate, said the interior minister. "So far we still have enough capacity, but it's very tight." That's why she invited the municipal umbrella organizations to her ministry to talk about how to proceed.

In mid-September, Saxon Interior Minister Schuster spoke of an enormous influx via the Balkan route. As early as June, the number of refugees, mainly from Syria, had risen to 1,000 in Saxony alone, to 1,500 in July and to 2,000 in August. Since September there have been around 100 illegal entries every day, primarily by train. "We are under enormous pressure," said Schuster last Thursday, according to a report in the "Frankfurter Allgemeine Zeitung", especially as the number of refugees is forecast to continue to rise. "We are heading for a situation like the one we had in 2016/17." It could be that up to 200,000 refugees will arrive nationwide this year - in addition to the war refugees from Ukraine.

According to the report, the Bavarian Minister of the Interior, Joachim Herrmann, also sounded the alarm. The number of refugees, who mainly arrive in southern and eastern Bavaria by road and increasingly also by rail, has more than quintupled compared to the previous year. In the months of May, June and July, an average of 5,600 people came to Bavaria each month. That also has something to do with the war in Ukraine, but also with the refugee movements from Syria and Afghanistan, said the CSU politician.

1 Controversial Russia speech: Application for Wagenknecht's... 2 Annexation plans as a turning point: Estonia wants... 3 The mourning period is not over: this is how the royals... 4 Alexa, Siri and more: majority of users prefer female... 5 Berlin out of the top 10: These are the smartest cities... 6 After the death of a young woman: three dead in protests... 7 The day of the war at a glance: Kremlin pushes referendums... 8 "Grant approval immediately": Union calls... 9 Dow Jones closes in the red: The nervousness of stockbrokers... 10 Honor for his life's work: Pop legend Elton John... 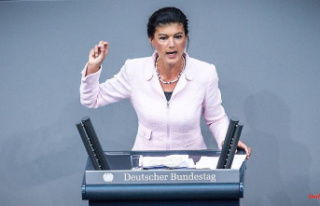