Many immigrants living in Germany wiggle their way from Duldung to Duldung. 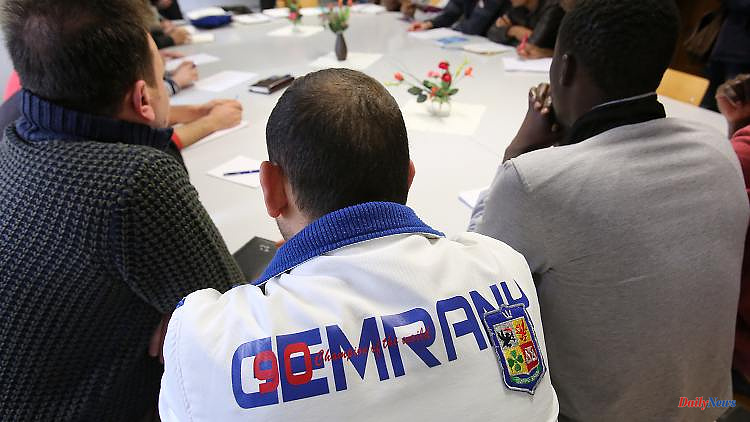 Many immigrants living in Germany wiggle their way from Duldung to Duldung. That should be over soon. With the so-called chances of residence, those who have been in the country for five years and are largely innocent are to receive a permanent title.

The federal government wants to open up long-term prospects for thousands of foreigners who have been living in Germany for years without a secure residence permit. The Federal Cabinet passed the draft law on the so-called right of residence. "For around 135,000 people, this is the bridge to a better life in Germany, for more humanity instead of distrust in the right of residence," said the government's integration officer, Reem Alabali-Radovan.

The planned regulation should apply to people who have lived in Germany for at least five years as of January 1, 2022 and who are committed to the free democratic basic order. In addition, they must prove their knowledge of German within a set period of time and provide evidence that they can support themselves. This is intended to put an end to the hitherto common practice of "chain toleration".

For example, rejected asylum seekers can still be given the right to stay via a so-called lane change. However, anyone who has repeatedly given incorrect information or misrepresented their identity in order to prevent their deportation should not be able to benefit from this new opportunity. Criminal offenders are also excluded, whereby fines totaling up to 50 daily rates or convictions under juvenile criminal law that are not based on youth penalties should not constitute an obstacle.

Part of the traffic light coalition's first migration package is also an extension of detention pending deportation for certain criminals from three months to a maximum of six months. This extension is intended to give the authorities more time to prepare for a deportation, for example to clarify the identity, obtain the missing papers and organize a seat on an airplane.

The draft also envisages the consolidation of regulations from the Skilled Immigration Act and the facilitation of family reunification to become skilled workers and IT specialists. In addition, more people should have access to language and integration courses. Before the end of the year, the traffic light coalition also wants to launch a second migration package. In their coalition agreement, the SPD, Greens and FDP had agreed, among other things, to make naturalization easier for people from the so-called guest worker generation and to introduce an "opportunity card based on a points system" for labor migration.

The integration officer said: "Today we are setting the first milestone, more will follow in the fall: we want to abolish employment bans, modernize our immigration law and enable more naturalizations." 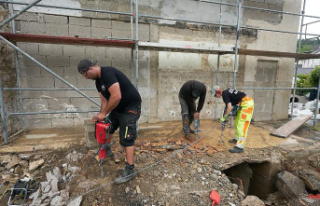 One year after the Ahr Valley disaster: insurers pay...