Despite a ban, numerous people are taking to the streets in Istanbul to take part in a Pride parade. 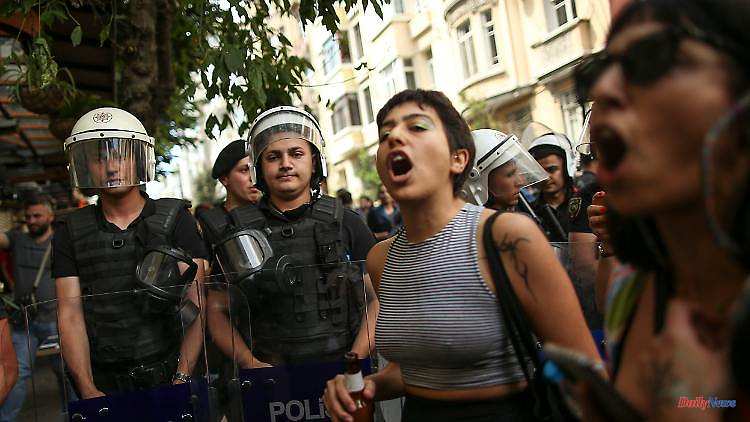 Despite a ban, numerous people are taking to the streets in Istanbul to take part in a Pride parade. Even before the event begins, the police randomly arrest people in nearby bars, and journalists are prevented from doing their work.

According to the organizers, the Turkish police arrested more than 200 participants at an officially banned Pride parade in Istanbul on Sunday. In addition to activists, those arrested included AFP photographer Bülent Kilic and other journalists, a team from the news agency reported. The governor of Istanbul banned the Pride parade.

Hundreds of protesters with rainbow flags nevertheless gathered in the streets around Taksim Square, which was closed to the public. They defied the police and marched through the streets of Cihangir neighborhood for about an hour. They shouted "The future is queer!" and "You are not alone!".

Before the parade began, the police made indiscriminate arrests of people, including journalists, in several bars in Cihangir. According to several eyewitnesses, the police tried to prevent members of the press from filming the arrests. AFP photographer Kilic was arrested in the same circumstances last year. The Turkish authorities had "apparently made a habit of arresting AFP photojournalist Bülent Kilic," criticized the organization Reporters Without Borders (RSF) on Twitter. RSF spokesman Erol Onderonglu accused the authorities of ongoing "violence and arbitrary arrests" of journalists.

"Anyone arrested solely for taking part in the Pride march must be released immediately and unconditionally," Amnesty International's Milena Buyum said. From the early evening, the first arrested were released. According to his lawyer, Kilic was also released.

After a sensational Pride parade in Istanbul in 2014 with more than 100,000 participants, the Turkish authorities had repeatedly banned the event in recent years, officially for security reasons. The Council of Europe Commissioner for Human Rights, Dunja Mijatovic, called on the Turkish authorities on Friday to allow the parade to take place. "The human rights of LGBTI people in Turkey must be effectively protected," she said. 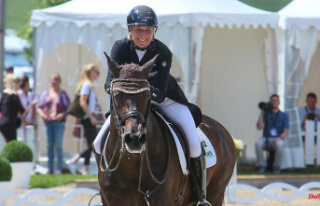