"I'd apologize": Melnyk asks for a farewell talk with Scholz

As the Ukrainian ambassador in Germany, Andriy Melnyk tends to choose loud rather than soft tones. 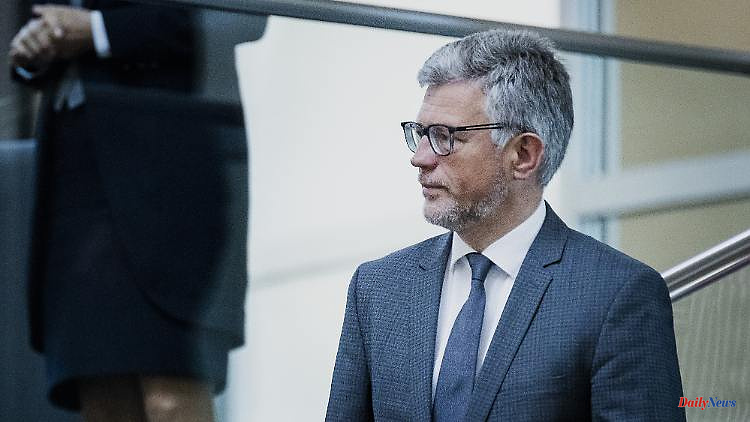 As the Ukrainian ambassador in Germany, Andriy Melnyk tends to choose loud rather than soft tones. Even the Federal Chancellor gets to feel it. Shortly before his return to Kyiv, Melnyk would like to have a discussion.

Former Ukrainian Ambassador Andriy Melnyk offers Chancellor Olaf Scholz an apology for his abusive remarks. Melnyk told the "Bild" newspaper that he had asked the Chancellery to speak to Scholz about his imminent departure from Germany. "If the chancellor were to receive me before leaving, I would apologize to him."

The diplomat described the chancellor as "offended liverwurst". Melnyk had made this statement when Scholz had initially refused to travel to Kyiv himself after Federal President Frank-Walter Steinmeier had been uninvited from Ukraine.

Melnyk assessed the prospects of a personal meeting with the chancellor as uncertain: "Let's see, I hope so." But it is "good manners when someone leaves that he is also received".

The Ukrainian admitted to being offended by his appearance in Germany. "My main wish remains and is to strengthen relations with Germany, even if it didn't always look like it," he asserted.

However, Melnyk also attacked German politicians on Twitter on Tuesday and described members of the Left Party as "Putin's German accomplices". To the left-wing MP Klaus Ernst "and all your left-wing friends like Wagenknecht

Melnyk referred to a tweet in which Klaus Ernst called him a "bully" and lamented that anyone who doesn't take Ukraine's stance is labeled as a partisan of Russia.

Ukrainian President Volodymyr Zelenskyi recalled Melnyk from the post of ambassador in Berlin in early July. After his return to Kyiv, Melnyk will continue to work in his country's diplomatic service. He did not want to comment on reports from the "Bild" newspaper that he should become Deputy Foreign Minister. The government must decide that.

In the conversation, Melnyk also asked for precision weapons, like those used in the killing of al-Qaeda leader Aiman ​​al-Zawahiri in Kabul. "We Ukrainians also need the precision weapons that were used in Kabul," said Melnyk. He hopes "that the Americans will equip us with similar weapons."

On the question of using such drones against Russian President Vladimir Putin, Melnyk said: "Many Ukrainians would wish that the cause of this war would no longer be able to continue this war. How it ends is in God's hands. "

1 Six places have already been conquered: Shoigu: Fighting... 2 More exports to Russia: Price increases give exporters... 3 Russia should delay: According to Scholz, the gas... 4 British boy in coma: Archie's parents fail in... 5 "Silently over the water": Efoils are becoming... 6 Child with a German man: Leona Lewis has become a... 7 Man, animal, bike: This is how cycling with a dog... 8 Hares and ptarmigan too: the Neanderthal diet was... 9 Researchers find cause: hair loss before healing?... 10 North Rhine-Westphalia: Coach Boris: Game against... 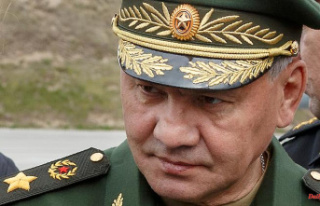