"I have nothing to blame myself for": Yes, Merkel should have apologized

Former Chancellor Merkel rejects an apology for her Russia policy. 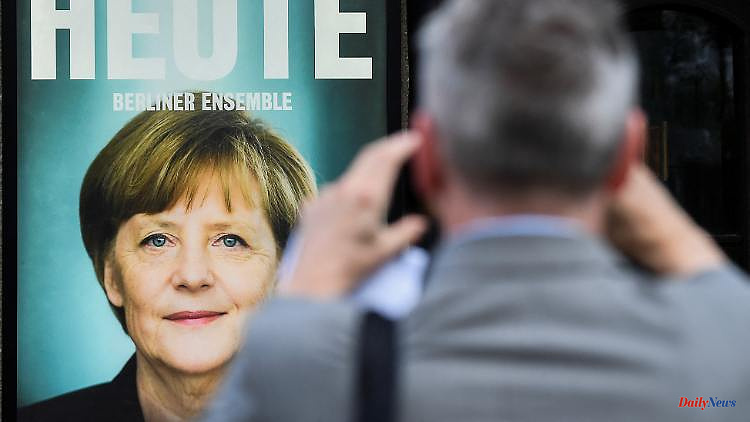 Former Chancellor Merkel rejects an apology for her Russia policy. She's right about her diplomatic efforts. But Merkel's energy policy is not only a mistake in retrospect.

Of course, Angela Merkel does not have to apologize for not preventing the Russian invasion of Ukraine. Responsibility and blame for this lie solely with the Russian dictator and his supporters. However, one apology was missing from her appearance yesterday: the one for her completely misguided advocacy of the Nord Stream 2 gas pipeline.

Merkel says she wondered after the war started if there was more she could have done. Your answer to that is a resounding no. "In retrospect, when I sum up everything, I'm actually glad that I don't have to blame myself for trying too little to prevent an event like the one that happened now." With regard to the Minsk agreement, which was unfavorable for Ukraine and which came about primarily on her initiative, she said that one had to be careful "that we don't just see things in black and white".

One can argue about that, including whether it would have been better to include Ukraine in NATO. Merkel explains in detail why she rejected this. Her reasons are legitimate and understandable: on the one hand, she feared a reaction from Russia, on the other hand, Ukraine was not yet democratically consolidated at the time. The former chancellor sums up correctly: "But that doesn't matter now, it doesn't justify what Putin is doing today."

Merkel spoke much less verbosely that evening about Nord Stream 2, the elephant in the room. It's not just because moderator Alexander Osang doesn't ask the central question: why on earth didn't she stop Nord Stream 2 after the 2014 annexation of Crimea and the war in Donbass? And how did she come up with the idea that a gas pipeline from Russia to Germany was "first of all a purely economic project"?

The fact that the topic is neglected is not only due to Osang, because it is Merkel who controls the course of the interview anyway. When asked if there's anything she needs to apologize for, she goes back to saying diplomacy isn't wrong if it doesn't work. But that is not the point. With Nord Stream 2, Merkel and her governments have so massively ignored the concerns of neighbors and friends that an apology would be appropriate.

Merkel argues that she has always believed that "certain trade relations" between Russia and Europe make sense "if politically it is not possible". Clear. But the Russian share of German natural gas imports has increased since 2014. That didn't make sense, it was wrong. "Putin attacked Ukraine even though Nord Stream 2 wasn't even operational yet," Merkel explains. That, too, is correct - abandoning Nord Stream 2 would hardly have prevented the war. But this tube would have further increased the already high dependence on Russian gas.

The mistake of having campaigned for Nord Stream 2 against the resistance of allies is all the greater and more incomprehensible because Merkel had no illusions about Putin. "Putin's hatred, Putin's enmity goes against the western democratic model," she correctly analyzes. She wasn't naïve at all, but had said before that Putin wanted to destroy the European Union, "and the Crimean sanctions could have been tougher because of me." The annexation of Crimea was "a deep turning point," after which she realized "that we are not dealing with someone who wishes us well."

There is an obvious reason why Merkel does not apologize for Nord Stream 2: unlike her diplomatic dealings with Russia, there has never been a good justification for doing so. Nord Stream 2 was always a mistake. Merkel should have had the size to admit this. 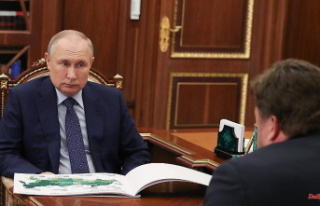 TV audience postponed: For the time being, Putin has...