While the war is going badly for Russia, a hardliner makes a career in Moscow: Chechen leader Kadyrov, who likes to portray himself as Putin's bloodhound, climbs to the third-highest rank in the Kremlin army. 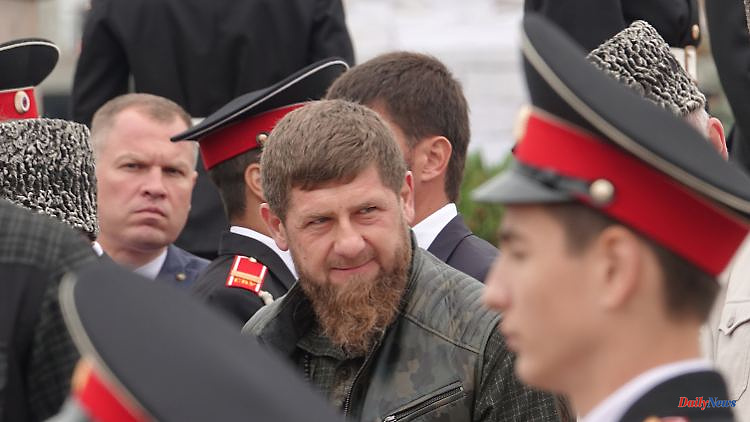 While the war is going badly for Russia, a hardliner makes a career in Moscow: Chechen leader Kadyrov, who likes to portray himself as Putin's bloodhound, climbs to the third-highest rank in the Kremlin army. It is unclear whether the new colonel general will go to the front.

Amid military setbacks in Ukraine, Russian President Vladimir Putin has promoted the authoritarian ruler of Chechnya, Ramzan Kadyrov, to colonel general. The decree on his appointment has already been published, and he is "incredibly grateful" to Putin for the "great appreciation," Kadyrov wrote on Telegram. Colonel-General is the third highest rank in the Russian Armed Forces, behind Marshal and Army General.

The Kremlin praised Kadyrov's "heroic contribution" to the offensive in Ukraine on Monday. The Chechen President has been intensively involved since the beginning of the war. Chechen units are fighting alongside Russian forces in the country. Among them is Kadyrov's notorious personal militia, known as "Kadyrovtsy."

Kadyrov announced on Monday that he would send three adolescent sons to fight in Ukraine. In view of the difficulties faced by the Russian army, he had also called for the use of "low-yield nuclear weapons". In addition, Kadyrov had criticized another colonel general, Alexander Lapin, for his role in the fighting for the city of Lyman, which was recently captured by Ukrainian forces.

Kadyrov demanded that Lapin be deposed, demoted and sent to the front as a simple soldier. The problems in Lyman were reported two weeks ago. "A week later, Lapin transfers his staff to Starobilsk, more than 100 kilometers from his subordinates, and slips away to Luhansk himself. How can you command your units operationally when you are 150 kilometers away," Kadyrov said indignantly. It remained unclear whether he would now actively intervene in what was happening at the front himself after his promotion.

The Chechen ruler has been criticized by international non-governmental organizations for years because of his administration, which is characterized by serious violations of human rights.

Prior to his current appointment as colonel-general, Kadyrov had already been promoted to general three times - each of the armed forces of the interior, the police and the national guard of Chechnya. 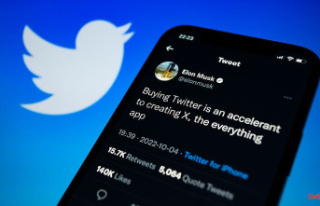 After takeover of Twitter: Musk planning a super app...