If Putin turns off the gas: Baerbock warned of "popular uprisings"

In the dispute over a gas turbine for Nord Stream 1, the federal government put Canada under pressure with a drastic warning: If the Kremlin shuts off the gas completely, popular uprisings in Germany are possible. 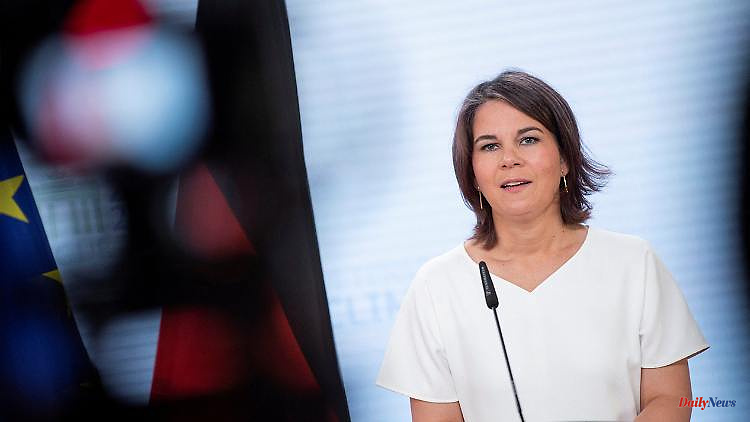 In the dispute over a gas turbine for Nord Stream 1, the federal government put Canada under pressure with a drastic warning: If the Kremlin shuts off the gas completely, popular uprisings in Germany are possible.

According to Foreign Minister Annalena Baerbock, in order to persuade the Canadian government to deliver a turbine to Russia, the federal government has warned of possible unrest in Germany - if gas deliveries from Russia should fail completely.

In June, the Russian energy company Gazprom significantly reduced gas supplies through the Nord Stream 1 pipeline, citing a missing Siemens Energy turbine that had been serviced in Canada. The Canadian government had banned the turbine from being shipped to Russia, saying the move violated Canada's sanctions on Russia. Under pressure from the federal government, the Canadian government allowed the transport to Germany. The turbine will be delivered to Russia via the stopover.

The federal government had repeatedly emphasized that it considered the justification for the delivery cut to be advanced. But they don't want to give the Russian side any excuse to turn off the gas tap completely.

In the negotiations with Canada about the export of a gas turbine serviced there, possible domestic political effects played an important role, said Baerbock at an event organized by the "Redaktionsnetzwerk Deutschland".

"The Canadians said, 'We have a lot of questions', so we said, 'We can understand that, but if we don't get the gas turbine, then we won't get any more gas, and then we won't be able to provide any support to Ukraine at all , because we are then busy with popular uprisings," said the Foreign Minister.

When asked if she really counted on popular uprisings, Baerbock said that that was "perhaps a bit exaggerated". "That's exactly my point, that we still need gas from Russia," said the Greens politician.

The high gas prices are a major burden for many people in Germany, the Foreign Minister continued. "This is our important task for the winter, we must ensure that this war does not lead to a division in society," she added. "It is the task of the federal government to cushion the social consequences."

1 No evidence of illness: CIA chief considers Putin... 2 Italy's government on the brink: Mattarella accepts... 3 "Time is short for rescue": Uniper works... 4 Trains and ships not prepared: Habeck's coal... 5 After the first goal for FC Bayern: Mané leaves the... 6 Experts advise in Geneva: is the WHO sounding the... 7 Aquaplaning after thunderstorms: drivers get out on... 8 Worth 275,000 euros: SEK finds 18th-century violin... 9 Trend continues: German cities continue to shrink 10 Sources of fire, midday heat, ventilation: Twelve... 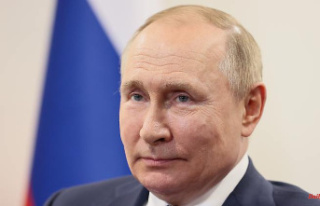