If Trump is impeached: US Senator Graham threatens street battles

The investigation into the former US president is deepening divisions within Republicans. 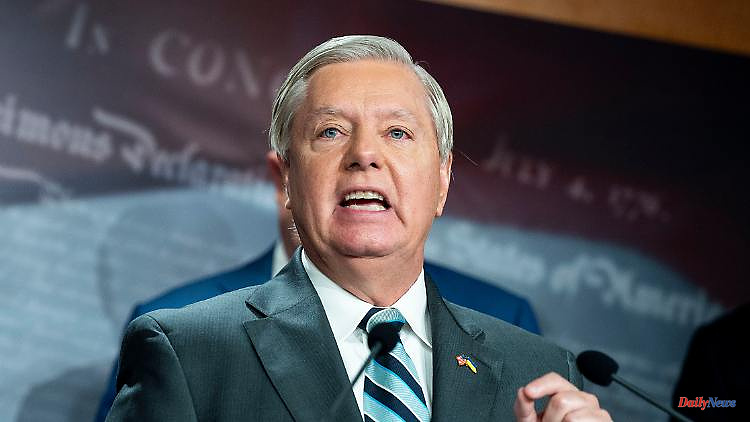 The investigation into the former US president is deepening divisions within Republicans. While Trump confidant Graham openly threatens riots if indicted, MP Kinzinger accuses his fellow party members of hypocrisy.

Prominent Republican US Senator Lindsey Graham has announced riots if ex-US President Donald Trump is indicted for his handling of government documents. "If they try to prosecute President Trump for mishandling classified information (...) then there will be literally riots in the streets," Graham said in an interview with Fox News. "I'm worried about our country."

On August 8, the FBI federal police searched Trump's Mar-a-Lago estate in the state of Florida and confiscated, among other things, several confidential and sometimes top-secret documents. The background is the Republican's handling of official documents from his term as President. Because Trump kept papers, some of which require strict protection because of their sensitive content, on his private property, he may have broken the law. The Justice Department announced on Friday that it was investigating Trump for illegally taking documents from his tenure in the White House.

Graham, who was considered a close confidant of the president during Trump's tenure, complained that stricter standards were applied to his party colleagues than to others. Among other things, the senator referred to the email affair of former Democratic US Secretary of State Hillary Clinton and spoke of a "double standard". During her time as Secretary of State until 2013, Clinton had sent official emails via a private and unsecured server. The FBI investigated why, but came to the conclusion in the summer of 2016 - in the middle of the presidential campaign in which Clinton was running against Trump - that the Democrat had not committed a criminal offense.

Representative Adam Kinzinger, who is one of two Republicans on the investigative committee into the storming of the Capitol, attacked party colleagues who defend Trump's handling of classified documents. In an NBC interview, Kinzinger spoke of the "hypocrisy of people in his party." For years, they had loudly demanded that Hillary Clinton be "'locked up' because of a few deleted e-mails". These same politicians would now be defending a man who had clearly failed to take US national security to heart. 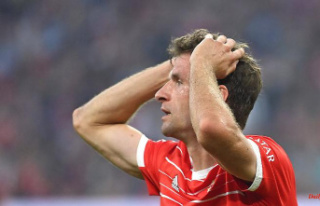 Union Berlin vs. Bayern: The amazing fear of the top...