Important Ukrainian bastion: Russians want to break through at Bakhmut

In Ukraine, the defenders in the east of the country near Bakhmut are under pressure, and according to the pro-Russian rebels there is even fighting in the city. 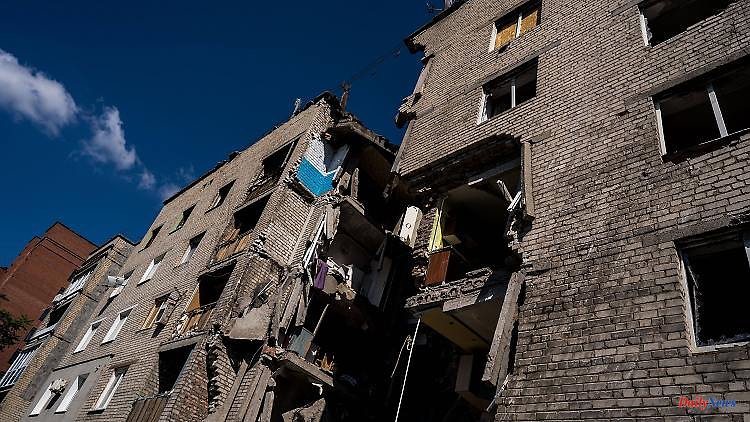 In Ukraine, the defenders in the east of the country near Bakhmut are under pressure, and according to the pro-Russian rebels there is even fighting in the city. In the Donetsk area, the Russians are trying to further push back the Ukrainians.

According to information from Kyiv, the Russian troops are attacking Bakhmut with all severity, a cornerstone of the defense system around the last Ukrainian-held conurbation in the Donbass. "The enemy is launching an attack on Bakhmut, fighting continues," the Ukrainian General Staff said in its situation report.

The day before, the pro-Russian rebels had reported that fighting was already taking place within the city limits. The information provided by both sides cannot be checked independently. Since the capture of the Luhansk Oblast, Russian offensive efforts in eastern Ukraine have focused on the neighboring Donetsk Oblast.

Gradually, the Russian invaders have been able to push back the Ukrainian defenders in recent weeks. They now control about 60 percent of the territory. The headquarters of the Ukrainian troops in the Donbass is located in the Sloviansk-Kramatorsk conurbation, where a good half a million people lived before the war.

This area is secured from the east by the Siwersk - Soledar - Bakhmut line of fortifications. This is now faltering in several places. Russian troops are also in front of Siwersk and Soledar. However, the heaviest fighting is currently taking place around the Bakhmut traffic junction, which the Russians are shelling with artillery and tanks.

In the south of the country, however, the initiative is passed to the Ukrainians. There, the Russian troops concentrated on defending their positions in the occupied territories, according to the situation report. The "South" command of the Ukrainian military previously reported that it had destroyed at least six Russian arms and ammunition depots and two command posts in the Kherson region. There is no independent confirmation for this information either. 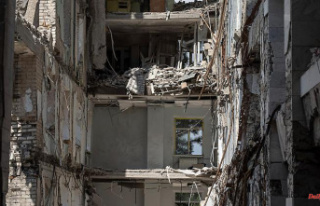