Russia has been reducing gas supplies via Nord Stream 1 since June. 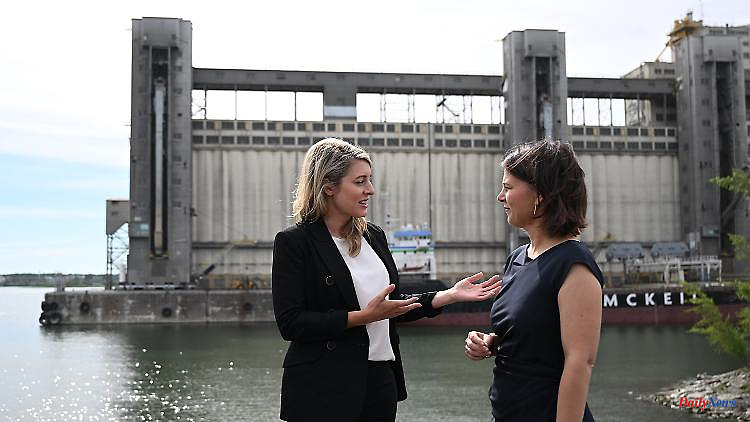 Russia has been reducing gas supplies via Nord Stream 1 since June. The maintenance of a turbine in Canada should be the reason. Despite a possible breach of sanctions, the turbomachine finds its way back to Germany. Now she's stuck.

Federal Foreign Minister Annalena Baerbock thanked Canada for delivering a serviced turbine for the Nord Stream 1 gas pipeline to Russia. "As a government, you stood up for European solidarity," she said on her first visit to Canada after meeting her counterpart Mélanie Joly. "Together we exposed the Russian President's bluff."

Canadian Foreign Minister Mélanie Joly defended the delivery against criticism from Ukraine, among others. It is clear that Russian President Vladimir Putin is waging a "hybrid war". "Putin wanted to sow division in our alliance." They didn't want to allow that.

The turbine was serviced by Siemens Energy in the Canadian metropolis of Montreal. She is now stuck in Germany on her way to Russia. The Canadian government is under pressure to allow the shipment. She is accused of evading sanctions. A parliamentary committee is investigating.

Chancellor Olaf Scholz indirectly accused Russia of using pretexts for the lack of gas deliveries. The turbine for the Nord Stream 1 pipeline can be used at any time and can be delivered, said the SPD politician when visiting the energy technology group Siemens Energy. "The turbine is there, it can be delivered, someone just has to say I want it, then it will be there very quickly," emphasized Scholz. Nothing will then stand in the way of gas transport through Nord Stream 1. "It is obvious that nothing, absolutely nothing, stands in the way of the onward transport of this turbine and its installation in Russia."

The reduction in gas supplies via Nord Stream 1 and the failure to fulfill gas supply contracts have no technical reasons, the Chancellor said. Not only is the turbine in perfect condition, there are no gas sanctions against using it. In view of the Russian war in Ukraine, however, one must be aware "that there can be any pretended reasons put forward at any time that lead to something not working," said the Chancellor. 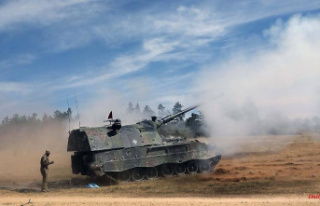 From howitzers to cheetahs: what Germany has delivered...