In Putin's mind: Even a dictator cannot bend reality 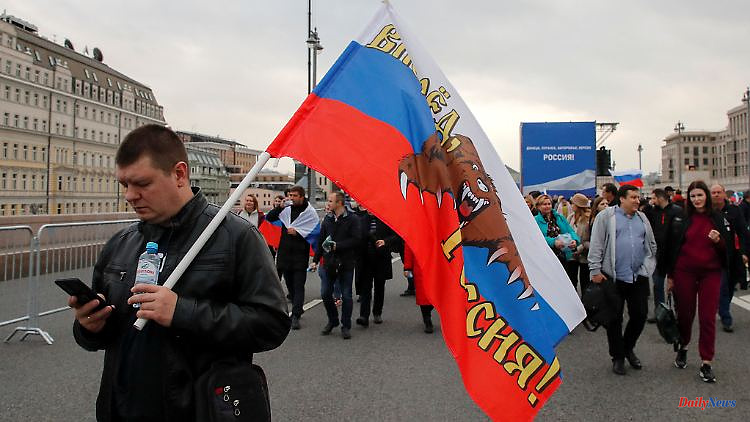 With the annexation of four Ukrainian oblasts, Putin wants to feign success, spread fear and create facts. The latter will only succeed if the rest of the world plays along. It doesn't look like that. Putin lives in a parallel world.

That's how you used to do it as a king, emperor or tsar if you didn't care about the fate of your subjects, and in the past it usually didn't. You fabricated a claim on a country, invaded the country and, after victory, annexed it. That's how it was back then, again and again, until Europe experienced such a horrible war that it was enough.

It's not enough for one. Putin has fabricated a claim on Ukraine, he wants to wipe out the country, the Ukrainians and their language, as imperialists did in the days of imperialism. He only deviates from the script in one respect: he has not conquered the country he wants to erase from the map.

Putin may believe that annexing regions in eastern and southern Ukraine will change reality. But it doesn't. If Ukraine attacks the Russian army standing there, then it is not attacking Russian territory. She liberates her own country.

Putin is likely to be pursuing three goals with the annexations, which are illegal under international law. Internal propaganda, external propaganda and the anticipation of a peace agreement:

According to a frequently quoted report in the "New York Times" from March 2014, then-Chancellor Angela Merkel told then-US President Barack Obama that, after talking to Putin, she wasn't sure whether he still had any connection to reality. Putin lives "in a different world," she said. As is so often the case, Merkel's analysis was to the point, even if her policies didn't do it justice.

With his talk today, with the absurd sham referendums, with the signing of documents and votes in his parliament, Putin is trying to give the impression that everything is going right and orderly. It may be that the majority of Russians will buy that from him. It's not your fault: you live in a country where truth and facts have no meaning. They live in a parallel world - Putin's parallel world.

However, Putin can only change reality in the minds of his subjects. It is often said that internationally it is not Russia but the West that is isolated. But the illegal annexation of Crimea was only recognized by countries such as North Korea, Afghanistan and Belarus. It will be the same now. Unlike in previous centuries, there is now a wide-ranging consensus that the borders of states will not be pushed back with violence and terror. What happened in Moscow today carries no more weight than the slobbering propaganda shows on Russian state television: it's dangerous, but it has nothing to do with reality.

1 Arms exports approved for the first time: Turkey benefits... 2 "Forever our citizens": Putin declares four... 3 Formula 1 scandal looming: allegations of cheating... 4 Once again on a peace mission: IOC boss Bach opens... 5 Game classics are over: "FIFA" is discontinued... 6 Baden-Wurttemberg: Germans and French: Redesign the... 7 Bavaria: 1. FC Nuremberg: "Points" in Karlsruhe 8 Hesse: Runaway kangaroo found dead on the railway... 9 Bavaria: With the blue light on the car over the closed... 10 Hesse: women travel with a lot of gold jewelry - customs... 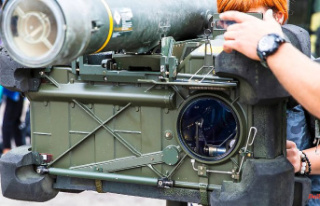