Tensions are mounting in East Asia amid Chinese expansionism. 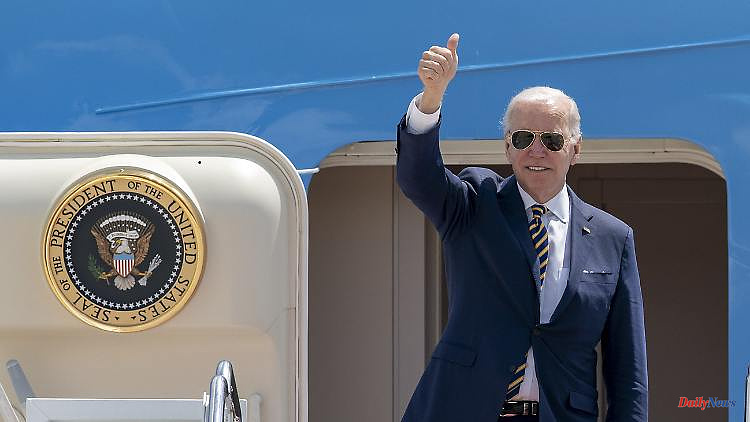 Tensions are mounting in East Asia amid Chinese expansionism. Especially against Taiwan, there are always provocations from Beijing. US President Biden is now making a commitment: Taiwan will be defended, including militarily.

The United States has again pledged its military support to Taiwan in the event of a Chinese invasion. "That's the commitment we made," said US President Joe Biden when asked at a meeting with Japan's Prime Minister Fumio Kishida in Tokyo. China "plays with the danger," he stressed.

The US would support the One China policy, but not the idea of ​​taking Taiwan by force. "It's just not appropriate." Biden had already caused a stir in October with the explicit assurance of military support for Taiwan in the event of a possible attack by China. Beijing reacted sharply. Biden's comments are consistent with existing US policy toward Taiwan, a White House official said. "Our policy has not changed." Beijing sees Taiwan as a breakaway province that should be reunited with the mainland - if necessary with military force.

A Chinese invasion "would upset the entire region and would be similar to what happened in Ukraine," Biden said of the Russian invasion of Ukraine. Also as a signal to China, it is "important that (Russian President Vladimir) Putin pays a price for his barbarism in Ukraine," said Biden. It's "not just about Ukraine," because China is observing whether Western pressure on Russia is easing. While Biden indicated he does not anticipate an invasion of Taiwan, he stressed that "depending on how strongly the world makes it clear" that an invasion would come at a cost. Biden is currently on a trip to Asia and is staying in Japan. He had previously visited South Korea.

The US has for years placed an increasing focus on Asia amid the economic and military rise of rival China. China's resurgence is crumbling decades of US dominance in the region. In recent months, however, Biden has had to focus on Russia and its war of aggression against Ukraine in terms of foreign and security policy. With his trip he wants to underline the strategic importance of the region for the USA.

Accordingly, the USA and Japan want to move even closer together in view of China's growing thirst for power. After a meeting between Biden and Kishida, the White House said the two countries agreed to "work closely together" to counter China's increasingly dominating behavior "violating international law."

The allies also agreed to cooperate closely with regard to the threat posed by North Korea's nuclear program. Among other things, the United States is suspicious of China's drive to expand in the South China Sea. Beijing recently decided to increase the military budget sharply. The sharp increase in military spending comes amid threats by the communist leadership against democratic Taiwan and China's territorial disputes with its neighbors in the South and East China Seas, including Japan.

Japan, meanwhile, wants to step up its defenses amid heightened tensions in Asia. "I have expressed my determination to drastically strengthen Japan's defense capabilities," said Kishida. Defense spending will increase significantly accordingly. Biden has shown his support for this, according to Kishida.

The United States is Japan's protecting power - which has so far mainly meant arms deliveries. Tokyo, in turn, is a key Washington ally. Biden praised Kishida for his cooperation on sanctions against Russia. Japan is a "key global leader" and the US remains "fully committed to Japan's defense," Biden said. Kishida was again pleased that despite the war in Ukraine, Biden wants to "further strengthen his commitment in the Indo-Pacific region".

Biden is expected to present an initiative on trade in the region in Japan. This is seen as an attempt to become independent of Chinese supply chains in the long term. A statement on the need for "stability" in the Taiwan Strait is also expected to counter Beijing's threats against Taipei. Finally, observers expect Kishida to announce an increase in defense spending. On Tuesday, Biden is scheduled to attend a meeting of the so-called Quad Alliance - a regional alliance that includes the United States, Australia, India and Japan.

Japan is hosting the summit of the seven leading democratic economic powers (G7) in Hiroshima next year. This was announced by Kishida, whose hometown is Hiroshima. On August 6, 1945, the USA dropped the first atomic bomb used in the war on the city. Tens of thousands of residents died immediately, and many others died later as a result. Kishida's family also suffered the consequences. The Prime Minister is for the abolition of nuclear weapons. Hiroshima is now a worldwide symbol of war - and of peace. 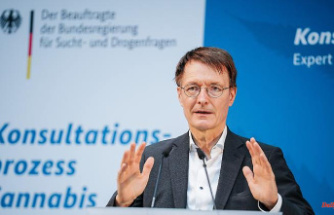 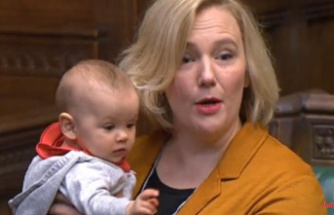 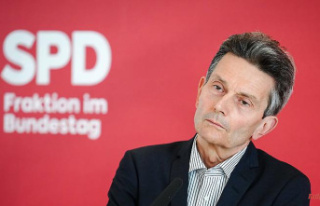