In the fight against forest fires: Germany continues to do without fire-fighting aircraft

The Federal Ministry of the Interior is sticking to it: unlike the USA or France, Germany will continue to fight its forest fires without fire-fighting aircraft. 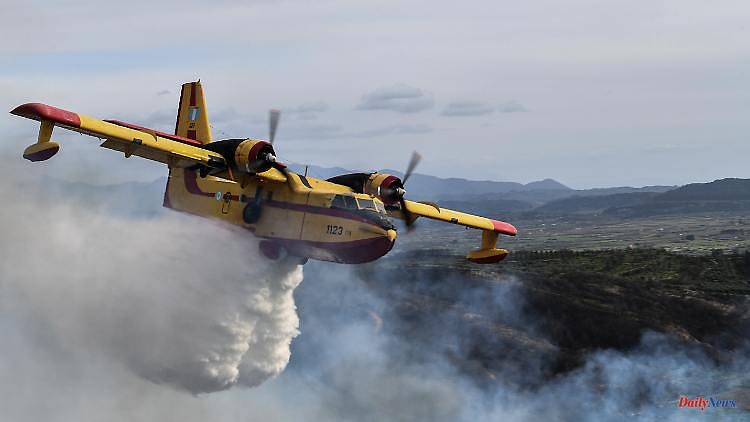 The Federal Ministry of the Interior is sticking to it: unlike the USA or France, Germany will continue to fight its forest fires without fire-fighting aircraft. This is justified with the costs and the special filling during operations. The federal states and municipalities are also responsible anyway.

Forest fires in Germany should also be fought in the future without the support of fire-fighting aircraft. A spokeswoman for the Federal Ministry of the Interior announced that there were no plans to purchase such aircraft. She referred to the responsibility of the federal states and local authorities for disaster and fire protection. The federal government can only provide temporary support with its resources by way of administrative assistance, where the forces of the federal states and municipalities are not sufficient - for example with helicopters from the federal police and the armed forces.

In a working group "National forest fire protection" chaired by the Ministry of the Interior of Mecklenburg-Western Pomerania, in which the Federal Ministry of the Interior has guest status, concepts for firefighting from the air were discussed in detail, the spokeswoman explained. "The experts responsible for this have clearly spoken out in favor of the use of helicopters and against the use of airplanes," she added.

The forest and vegetation fires occurring in Germany would not have the same dimensions as in Australia, the USA or Canada, where fire-fighting aircraft are used to fight the fire. Where support from the air is required in this country, a helicopter can better deploy water at certain points. Because the water tanks can be filled and refueled with fuel on the spot, while fire-fighting aircraft have to return to fixed airfields or, if they are technically equipped and the distance is not too great, to the sea after dropping the water to be refilled. In addition, the procurement, maintenance and operation of helicopters is often cheaper than firefighting aircraft - also because of the many other possible uses of helicopters.

According to the Federal Ministry of the Interior, Portugal, France, Albania and Slovenia have been requesting support in fighting forest and vegetation fires via the EU civil protection procedure since the beginning of the month. Portugal withdrew its request on Monday. Fire-fighting aircraft were requested in each case. The SPD, Greens and FDP had agreed in their coalition agreement in 2021 to expand "forest firefighting options on the ground and from the air".

The CDU defense expert Henning Otte called for the procurement of fire-fighting aircraft on Tuesday: "The federal government must finally act and equip or procure Bundeswehr transport aircraft in such a way that they can be used effectively to extinguish forest fires - even if that is not a core task of the armed forces. "

Meanwhile, the German Fire Brigade Association (DFV) complains that the procedure in Germany for requesting fire-fighting helicopters in forest fire disasters is far too bureaucratic and complicated. Each country has its own regulations, sometimes even different ones for the different carriers of the aircraft," said the chairman of the forest fire working group in the DFV, Ulrich Cimolino, of the editorial network Germany. There are 16 different regulations for 16 federal states and some even different regulations for the Bundeswehr and Federal Police.

It takes far too long to request helicopters from them, criticized Cimolino, who is also the vegetation fire expert at the Association for the Promotion of German Fire Protection. This makes it extremely difficult to coordinate important details. It was the same with the flood disaster in the Ahr Valley a year ago. At that time, helicopters were sometimes not used at all, not on time or incorrectly equipped. In view of a combination of high temperatures, severe drought and strong winds, Cimolino expects severe forest fires in Germany in the coming weeks.

1 Before winter comes: Masala calls for "all in"... 2 Replacement for Nord Stream 1: Germany looking for... 3 "That's why we get up every day": A... 4 After FCB's transfer offensive: coach Julian... 5 Several million euros expensive: 80,000 working hours... 6 Two German restaurants in the top 50: the world's... 7 Carrot and stick?: What really motivates in the long... 8 Enjoy summer nights: planting and lighting tips for... 9 Warning money threatened: First deadline for exchanging... 10 Drought in Germany: Why drought is not just drought 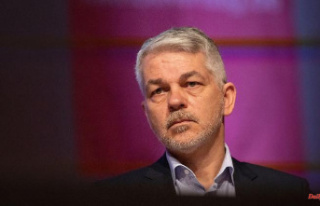 Before winter comes: Masala calls for "all in"...