In the fight against the gas crisis: Scholz open to the continued operation of German nuclear reactors

In view of looming gas bottlenecks, Chancellor Scholz considers the extended use of nuclear energy to be an option. 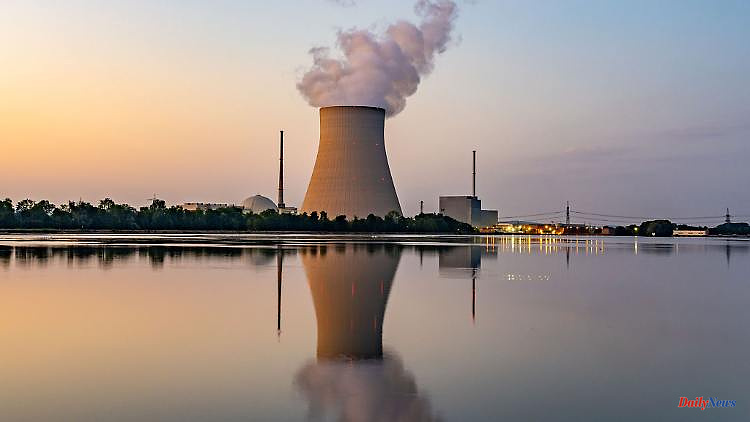 In view of looming gas bottlenecks, Chancellor Scholz considers the extended use of nuclear energy to be an option. Even if the contribution to the power supply is only small, this can "make sense". Before that, however, the result of the current stress test must be awaited.

Federal Chancellor Olaf Scholz has shown himself open to longer running times for the last three nuclear power plants (NPP) that are still connected to the grid in Germany - Isar 2, Neckarwestheim and Emsland. With a view to the gas crisis, Scholz said that these nuclear power plants are only relevant for a small part of electricity production. "But it can still make sense," said the SPD politician when asked about extending the runtimes for the nuclear reactors, whose operation actually ends at the end of the year.

According to the Chancellor, decisions will be made on the basis of a stress test for the power supply, the results of which will be available soon. As justification, he pointed out, among other things, that “in Bavaria, in particular, things have progressed very slowly with the expansion of wind energy”. The expansion of the transmission network to the south has also not progressed as quickly as planned. This is taken into account in the "very, very strict stress test" for electricity production in Germany. This stress test will soon be over. The federal government will then draw its own conclusions from this.

Bavaria's Prime Minister Markus Söder already plans to continue operating the Isar 2 nuclear power plant. In the case of a stretching operation, the nuclear power plant output would first be throttled in order to then be able to use the fuel elements in the plant for a few months longer. This could help alleviate winter bottlenecks, proponents argue.

Scholz's words are likely to catch the eye of a coalition partner: Federal Research Minister Bettina Stark-Watzinger from the FDP recently reiterated her party's demands to keep nuclear power plants running until 2024. "A few months longer operation of the nuclear power plants will not be enough," she told the newspapers of the editorial network Germany. Rather, one should "talk non-ideologically about continued operation until 2024". The minister dismissed security concerns.

CDU General Secretary Mario Czaja asked Scholz in the "Rheinische Post" to ensure clarity in the debate. "In view of the energy crisis, which is getting worse from day to day, it would be negligent and irresponsible to do without climate-friendly nuclear power," said the CDU politician. Before making a decision, the federal government wants to wait for the result of an ongoing, renewed stress test on the security of energy supply.

However, the environmental umbrella organization Deutscher Naturschutzring (DNR) warned that the debate about longer nuclear power plant operating times is hindering the necessary implementation of the energy transition. "The debate about extending the service life distracts from the need for consistent savings and blocks the energy transition," explained DNR President Kai Niebert. In a joint statement with the German Federal Youth Council, the DNR again rejected moving away from the nuclear phase-out.

1 Keyword “winter tires”: the government is planning... 2 Unbroken closeness to Putin: Schröder's statements... 3 Volume of EUR 13 billion: Vonovia is gearing up for... 4 Schröder: "Simple solution": Should Nord... 5 The base is missing, the top is weakening: is Germany... 6 Mecklenburg-Western Pomerania: the mother of the killed... 7 Hesse: Abuse and violence: More cases of child endangerment 8 Saxony: Fighting forest fires in the Czech Republic... 9 Saxony: Partial completion of the A72 between Leipzig... 10 Bavaria: associations: outpatient care endangered... 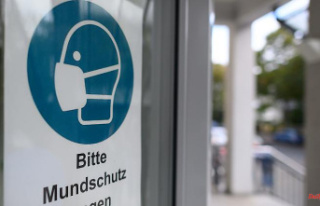