It is likely to be a tense meeting: the foreign ministers of the G20 are meeting in Bali. 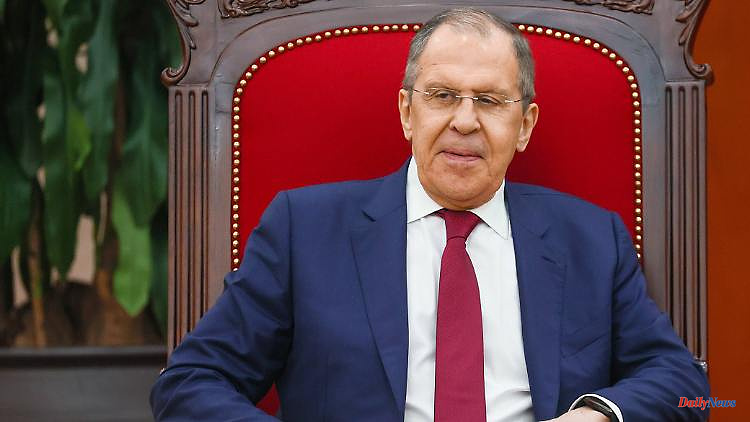 It is likely to be a tense meeting: the foreign ministers of the G20 are meeting in Bali. The Russian Minister Lavrov is also coming and is planning bilateral talks with Turkey and China. His presence is seen as a test of Kremlin chief Putin's participation in the G20 summit in the fall.

Russian Foreign Minister Sergei Lavrov has arrived in Bali for a meeting of foreign ministers from the G20 group of states. Federal Foreign Minister Annalena Baerbock is also taking part in the two-day consultations. The Russian war of aggression in Ukraine overshadowed the meeting of the group of leading and emerging economic powers.

Lavrov wants to hold talks with his Chinese colleague Wang Yi and with Turkish Foreign Minister Mevlut Cavusoglu, according to the Russian state news agency TASS, citing the Foreign Ministry in Moscow. The US State Department had previously said that a bilateral meeting between US Secretary of State Antony Blinken and Lavrov was not planned. This was later confirmed by Russia's Deputy Foreign Minister Sergei Ryabkov. There should also not be a bilateral meeting between Baerbock and the Russian.

In US government circles it was said that business as usual could not be assumed in view of the Russian actions in Ukraine. It should in no way provide any signals legitimizing Russia's actions, a US official said. Australia's Foreign Minister Penny Wong stressed that the western democracies would take a clear stance against Russia.

Federal Foreign Minister Annalena Baerbock also stated before leaving for Indonesia that Russia should not be the focus of the consultations. The war in Ukraine has far-reaching consequences for the whole world. Coordination and consultation with international partners is more important than ever, and the meeting of the 20 largest industrial and emerging countries offers a very good opportunity for this. "We all have an interest in international law being observed and respected," explained the minister. "That's the common denominator, and it's also why we won't just let Russia take the stage at the meeting."

Lavrov's presence is seen as a test for Kremlin chief Vladimir Putin's possible participation in the G20 summit on November 15 and 16, which is also taking place in Bali. Several states have questioned their participation should Putin appear in person. It is now eagerly awaited whether some ministers will leave the deliberations in protest at Lavrov's presence, which could lead to a scandal. The spokesman for the Indonesian Foreign Ministry, Teuku Faizasyah, did not want to comment on this, but emphasized: "We diplomats should be prepared for different scenarios."

Indonesia, the world's largest island nation, holds the G20 presidency this year. President Joko Widodo traveled to Kyiv and Moscow at the end of June and met both Ukrainian President Volodymyr Zelenskyy and Putin. He had offered a mediating role in the conflict.

In all likelihood, there will be no joint final declaration by the G20. The spokesman said a statement from the State Department is planned at the end of Friday's meeting. The government in Cambodia announced that it had also invited Lavrov to meetings of the Southeast Asian community of states ASEAN in early August. 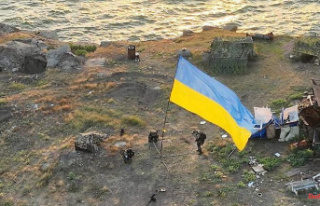