NATO defense aircraft are on alert: the German air force chief has registered increasing military encounters with Russian aircraft over the Baltic Sea. 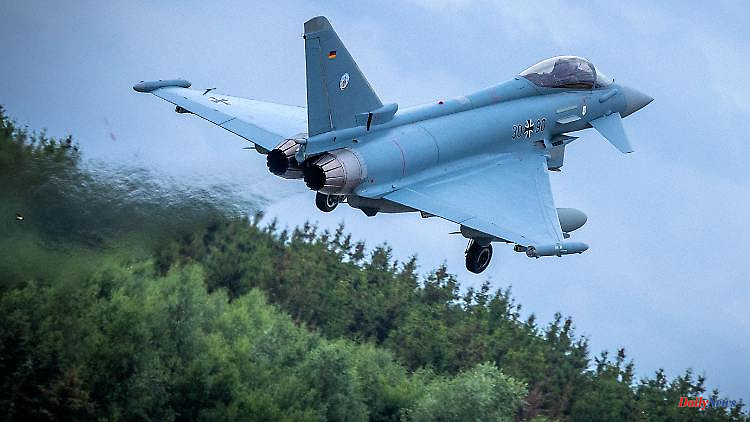 NATO defense aircraft are on alert: the German air force chief has registered increasing military encounters with Russian aircraft over the Baltic Sea. They come very close to NATO airspace - but that is a "red line" that Russia is not allowed to cross.

Since the Russian attack on Ukraine and the associated tensions with NATO, the number of military encounters with Russian aircraft over the Baltic Sea has increased. "Yes, we definitely notice that: We have more incidents, as we call them," said the inspector of the German Air Force, Ingo Gerhartz, in the ZDF "Morgenmagazin". Russian military aircraft approached NATO airspace and were then escorted by NATO aircraft.

Since the beginning of August, the Luftwaffe has been securing NATO airspace over the Baltic States together with air forces from Hungary and Italy. Five Eurofighters are stationed in Ämari in Estonia and are ready for action around the clock. According to the Air Force, they are to be reinforced by Spanish fighter jets in the future. Another so-called alarm squad of the Luftwaffe to defend German and NATO airspace is currently ready in Lower Saxony.

Only on Friday did a reconnaissance aircraft, accompanied by combat aircraft, fly from Kaliningrad in Russia to the Baltic Sea region, said Gerhartz. "Then let's go up." However, the NATO machines stayed "at a distance". Russian flight maneuvers in international airspace are "completely fine". At the same time, it was signaled that NATO airspace was a "red line" that Russian aircraft were not allowed to cross.

The German air force chief emphasized that NATO could defend security in the Baltic Sea region against any attacks "in an emergency". In this context, he also referred to the planned accession of the hitherto neutral countries Sweden and Finland to the alliance. Among other things, this means that substantial air forces are available in the region. Overall, NATO is a "strong alliance" with which it is better not to mess.

1 North Rhine-Westphalia: State Chancellery: 300,000... 2 North Rhine-Westphalia: Corona incidence in NRW is... 3 In an emergency, he decides: Klaus Müller, the network... 4 Even before the end of the tank discount: The prices... 5 Tech Founder Rafaela Rein: "I had a very good... 6 Search for causes of fish deaths: Poland reports 280... 7 Hunger lines and danger to life: Animals suffer considerably... 8 "Fly and shine brightly": Leni Klum moves... 9 Departure to Dubai: Bushido has emigrated 10 Trouble with the Helene Fischer show: the VIP fans... 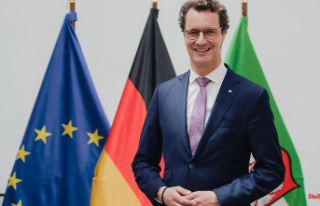