On this year's Independence Day of Ukraine, six months have passed since the beginning of the Russian war of aggression. 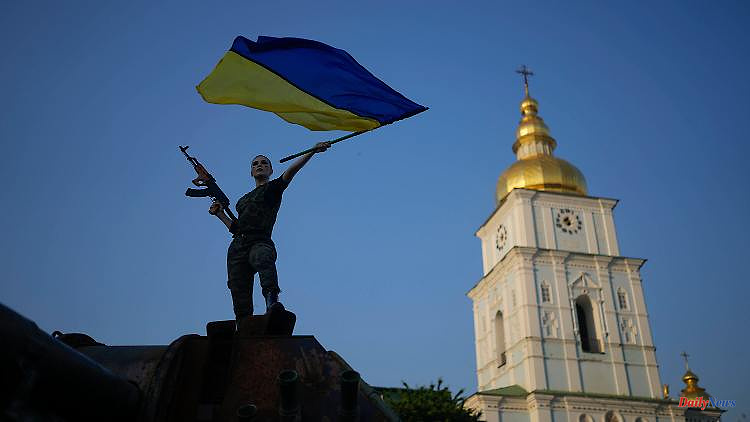 On this year's Independence Day of Ukraine, six months have passed since the beginning of the Russian war of aggression. In a video message, Chancellor Scholz affirmed that Germany was firmly on Ukraine's side - and promised further military aid.

Federal Chancellor Olaf Scholz promised Germany's unlimited aid to Ukraine on the occasion of its national holiday. Germany stands "firmly by the side of threatened Ukraine, today and for as long as Ukraine needs our support," said Scholz in a video message to the people of Ukraine published on Twitter. The Chancellor accused the Russian attackers of "terror" and "imperialism".

"Our borders and our hearts remain open to everyone who has to flee Russian terror," said Scholz. "You are very welcome." The Chancellor praised the "courage" of the defenders in Ukraine. "The dark shadow of the brutal Russian war of aggression weighs heavily," said Scholz.

"Our hearts go out to those who pay with their lives every day for Russian war terror, who are maimed and wounded," the Chancellor continued. "We are thinking of the heroes of Ukraine, of the men and women who have bravely defended their homeland against the brutal aggressor for the past six months." Scholz ended his speech with the Ukrainian words "Slava Ukraini" (Glory to Ukraine).

Scholz also promised Ukraine support for its desire to become a member of the European Union. At the end of October, the German government will organize a reconstruction conference for Ukraine together with the EU Commission in Berlin "to set the course for Ukraine's future". Scholz announced that on Thursday he would meet Ukrainian soldiers who are being trained on German anti-aircraft tanks at the Putlos military training area. On Tuesday, Scholz had already announced further arms deliveries to Ukraine worth more than 500 million euros.

1 "His face says it all": Kremlin critic Roisman... 2 Drunk involved in accident: Nancy Pelosi's husband... 3 Party at the official residence: kissing photo of... 4 Sharp criticism: Covestro considers the gas levy "highly... 5 After a poison attack on the lawn: the cup game in... 6 Benevenuto speaks after the outing: referee: "One... 7 Mané is "awesome": Hoeneß raves about... 8 City intervenes: Man pays 550 euros for 4.7 square... 9 "Great quality of stay": Germany's... 10 Raphael's painting in Dresden: climate activists... 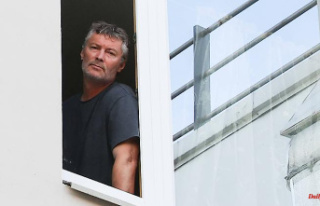 "His face says it all": Kremlin critic Roisman...