After critical sustained fire from Kyiv and the opposition, the Ministry of Defense has now announced a clear delivery plan for a total of 30 Gepard tanks for Ukraine. 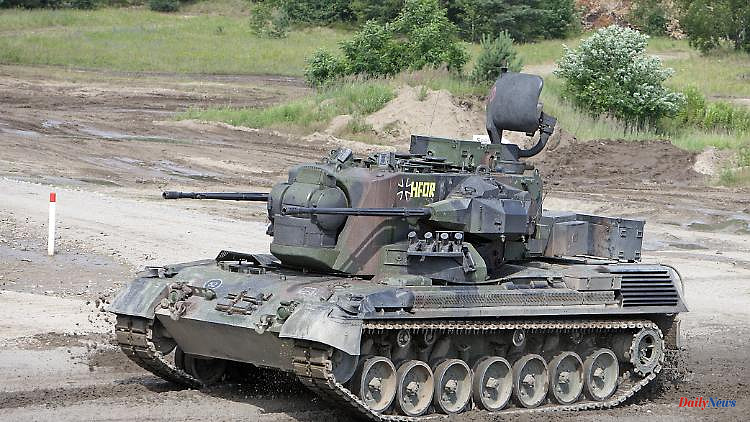 After critical sustained fire from Kyiv and the opposition, the Ministry of Defense has now announced a clear delivery plan for a total of 30 Gepard tanks for Ukraine. German industry is supposed to train the crews, but ammunition is in short supply.

The delivery of 30 Gepard anti-aircraft tanks to Ukraine should be completed before September if possible. After the previously announced delivery of 15 Gepard tanks by mid-July, the rest should be delivered by the industry by the end of August, said a spokesman for the Federal Ministry of Defense in Berlin. Accordingly, Ukraine's contracts with industry are expected to be concluded this week. This also envisages the training of Ukrainian cheetah crews by the industry itself, the spokesman said. The Bundeswehr supports this, among other things, by providing suitable shooting ranges.

At the end of April, the federal government gave the green light for the delivery of the tanks no longer used by the Bundeswehr. They come from stocks of the armaments company Krauss-Maffei Wegmann (KMW). However, the company then had problems obtaining ammunition. Around 59,000 shots are available so far.

The ministry spokesman rejected the fact that this was far too little. Although the cheetah fires up to 1,000 rounds per minute, it is unrealistic to assume that the ammunition will be empty within an hour. The cheetah fires short bursts, tailored to the target, he said. In addition, the anti-aircraft tank is well suited to protecting important infrastructure because it "also has a deterrent effect" against air attacks.

On Thursday, CDU leader Friedrich Merz accused Chancellor Olaf Scholz of "double play" because he was talking about deliveries of heavy weapons to Ukraine, but so far not a single one of these weapons had been delivered. Merz spoke of a deliberate delay tactic. The FDP defense politician Marie-Agnes Strack-Zimmermann regretted failures in German arms deliveries to Ukraine in the morning. The FDP politician also asked the chancellor's office for better communication about arms deliveries, "so that the impression is not given that we're not doing anything here." She described the previous communication from the Federal Government as manageable and in need of improvement. 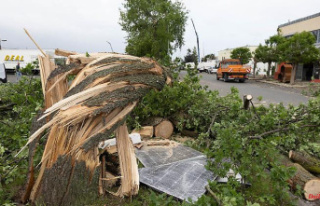 North Rhine-Westphalia: Police are investigating after...