Injured in an attack on the back: Ex-Rokosmos boss sends Macron shrapnel

The hotel in Donetsk where Rogozin celebrates his birthday comes under fire. 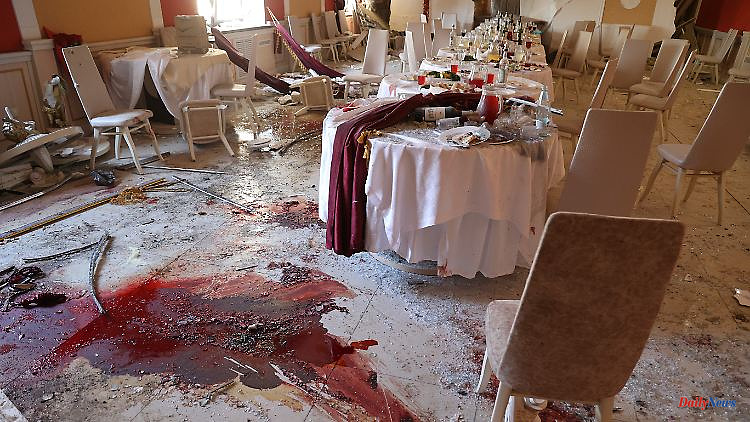 The hotel in Donetsk where Rogozin celebrates his birthday comes under fire. The Russian hardliner is sure that he will be injured by a fragment of a shell from a French howitzer. Now he is sending the fragment to French President Macron - along with a letter.

The former head of the Russian space agency Roskosmos, Dmitry Rogozin, said he sent shrapnel from a French howitzer to French President Emmanuel Macron. Rogozin was injured by this shrapnel in December in the eastern Ukrainian city of Donetsk. The former Roskosmos boss has now said he sent the fragment in a letter to the French ambassador in Moscow, Pierre Levy, with a request that it be forwarded to Macron.

Rogozin published the letter accompanying the shrapnel in the Telegram online service. "In this envelope accompanying my letter you see a fragment of a shell from a French 155mm artillery unit Caesar," he wrote. "It punched through my right shoulder and lodged in the fifth cervical vertebra, just a millimeter from killing or invalidating me."

The French embassy in Moscow declined to comment on the letter when asked. Rogozin is a former Russian vice prime minister and a supporter of the military operation in Ukraine. He said he was hit by shrapnel during a "work meeting" in a hotel restaurant in Donetsk in December.

However, the Russian state broadcaster Rossiya 24 reported at the time that Rogozin had celebrated his 59th birthday with guests and musicians in the hotel restaurant. The broadcaster showed images believed to be of the building, showing a partially destroyed roof and debris lying around. According to his own statements, Rogozin used to stay at the hotel regularly when he was in the Donetsk region. Donetsk is one of four regions in Ukraine that Moscow declared annexed in September.

After his replacement as head of Roskosmos in July 2022, there was speculation that Putin would appoint him governor-general of the conquered Ukrainian territories. So far, however, such a structure does not exist, probably also because of the military defeats that Russia has had to accept in its war of aggression in Ukraine in recent months. Rogozin, meanwhile, has formed a group of volunteer military advisers called the "Tsar Wolves." He posed several times when handing over equipment to soldiers at the front.

1 Not "against religion": Khamenei grants... 2 Tehran threatens Paris: "Charlie Hebdo"... 3 Subsidy change drives e-sales: car industry reports... 4 Crypto Superstar SBF: The man accused of "cheating... 5 High prices are having an effect: Germany will consume... 6 Soon to be dominant in the USA?: WHO sees XBB.1.5... 7 Cheerful to imposing: what if Michel Majerus were... 8 Thanks to electromobility: the drum brake is making... 9 North Rhine-Westphalia: 45 people in NRW will make... 10 Baden-Württemberg: Couple is said to have murdered... 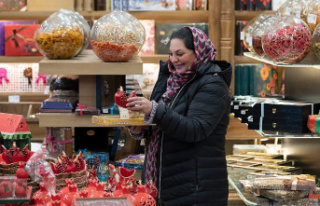 Not "against religion": Khamenei grants...