Ukraine and Russia have reached an agreement on grain exports from the war zone. 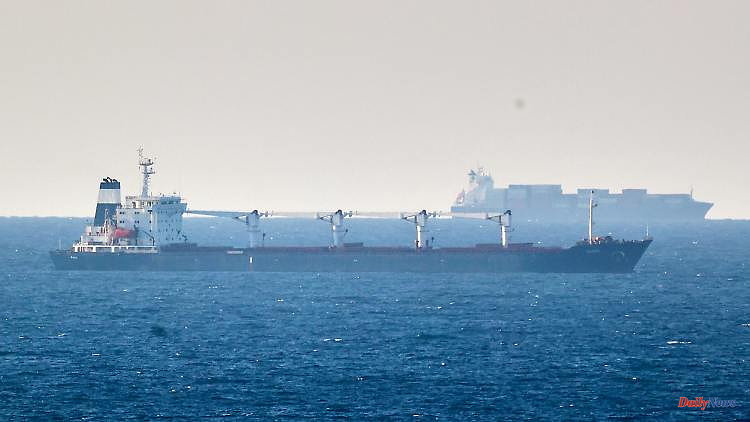 Ukraine and Russia have reached an agreement on grain exports from the war zone. One cargo is scheduled to leave the Ukrainian ports every day. The first ship is now reaching the Turkish coast.

The first ship carrying grain from Ukraine since the beginning of the Russian war of aggression has reached the Turkish coast. The ship had entered Turkish waters near the entrance to the Bosphorus, a team from the AFP news agency reported. The cargo ship "Razoni" loaded with corn is to be inspected on Wednesday by representatives of the UN, Russia and Ukraine, among others.

The ship left the Ukrainian port of Odessa on Monday morning with 26,000 tons of corn on board. The destination is the Lebanese port of Tripoli. Before it goes there, it is to be inspected by representatives of Russia, Ukraine, Turkey and the UN. The inspection should take place on the open sea off Istanbul, so the ship should not enter the port.

"If nothing goes wrong, one-ship-a-day exports should be possible for a while," a senior Turkish official, who asked not to be named, told Reuters. They should help prevent a food crisis. The UN already sees the risk of famine as a result of the war this year. The agreement on grain exports, which also includes fertilizers, has been one of the few diplomatic successes in the war so far.

On July 22, Ukraine and Russia agreed on a grain export agreement brokered by Turkey and the United Nations. In it, Kyiv and Moscow undertake to respect safe corridors for cargo ships on the Black Sea and to refrain from military activities there. The "Razoni" is now the first ship to take Ukrainian grain abroad under the agreement.

1 Questions and Answers: Is nuclear power the savior... 2 DFB kickers are in fever: Werner's return to... 3 "The Humboldt Animal" by Flix: "The... 4 Extra vitamins and minerals: are dietary supplements... 5 Saxony: Klepsch: The hospitality industry needs liquidity,... 6 Bavaria: Fire in a solar thermal system: Hundreds... 7 North Rhine-Westphalia: Entrepreneurs killed in a... 8 Bavaria: WWII bomb successfully defused in Geretsried 9 Seven reasons why Putin is no longer making progress 10 Storming the Capitol: On January 6, he stood in front... 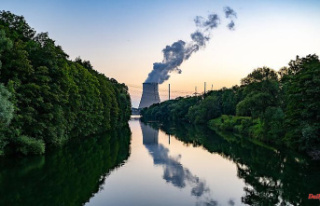 Questions and Answers: Is nuclear power the savior...