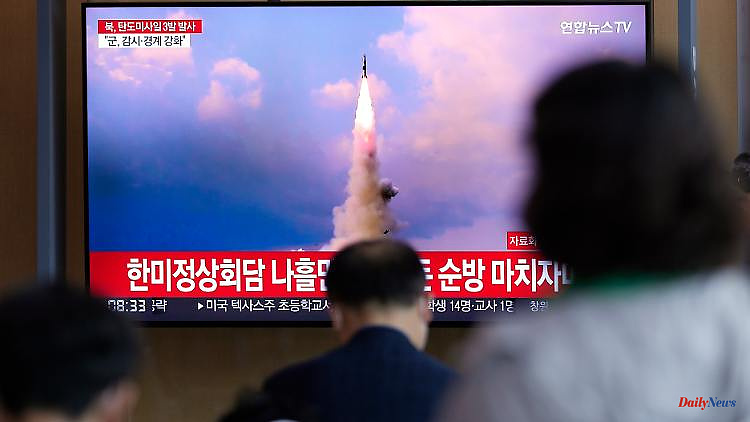 North Korea recently launched three ballistic missiles, including an ICBM. A new nuclear test is also planned. The US now wants to push through tougher sanctions before the UN Security Council. However, a veto by China and Russia seems certain.

After renewed North Korean tests with nuclear-capable missiles, the US wants to enforce stricter sanctions against Pyongyang. According to a US government official, the Americans in the UN Security Council should vote on a corresponding resolution "in the coming days".

The country should be weakened with punitive measures "that further limit North Korea's ability to advance its illegal weapons of mass destruction and ballistic missile programs." In a vote before the most powerful UN body, however, there is a risk of vetoes from China and Russia. According to diplomats, the vote should take place this Thursday.

On Wednesday morning (local time), North Korea launched three ballistic missiles at short intervals towards the open sea in the east, one of which was apparently an ICBM. In addition, there are increasing signs of an impending new nuclear test by North Korea. The latest missile test came at a time of growing uncertainty in the region. It was North Korea's 17th round of missile tests this year. According to experts, the country wants to modernize its missile arsenal and possibly also increase the pressure on the USA so that they can submit concrete negotiation proposals.

The draft resolution, which is now to be voted on by the 15-member Security Council, contains, among other things, sanctions against the North Korean hacker group Lazarus. If the text were passed, their assets would be frozen. In addition, North Korea's tobacco trade is to be stopped completely in order to dry up the state's sources of income. According to the information in the appendices to the resolution, Lazarus is responsible, among other things, for attacks on German armaments companies in 2020. The United States recently blamed the group for one of the largest known online thefts, in which hackers stole cryptocurrencies worth around $620 million (€570 million). Hacker attacks are seen as an important means for North Korea to finance its weapons programs.

However, diplomats in the Security Council in New York have doubts that North Korea's partner China in particular is willing to support additional sanctions. However, this could change if there is another nuclear test. According to South Korean information, North Korea had recently experimented several times with explosive devices for its seventh nuclear test. This could follow in just a few days. The last North Korean nuclear test took place in 2017.

1 North Rhine-Westphalia: Father's Day trips without... 2 Security expert on Donbass: "Russia is really... 3 "If it were necessary": Lauterbach: Mask... 4 No loans with Tesla shares: Musk changes financing... 5 After easing in April: Lauterbach: Mask requirement... 6 Intercontinental ballistic missile tested?: US calls... 7 Discount at the pumps?: You need to know that about... 8 Where is the leopard?: What the German-Polish tank... 9 The night of the war at a glance: Ukraine speaks of... 10 Warning against stigma: 190 cases of monkeypox confirmed... 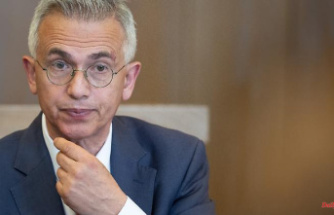 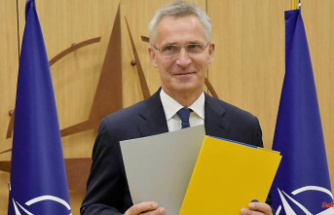 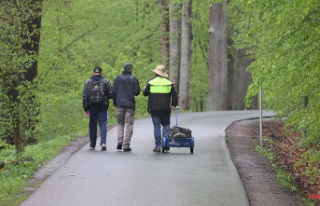