For Navy Day, Russia revised its military doctrine for the Navy. 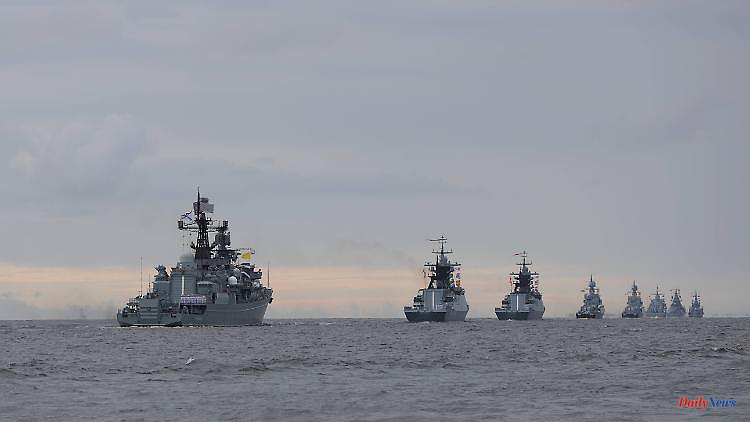 For Navy Day, Russia revised its military doctrine for the Navy. In large parts it is a declaration of war on the West. To safeguard national interests, the fleets are to be massively expanded and further bases set up.

Amid unprecedented tensions between Russia and the West, Kremlin chief Vladimir Putin has enacted a new military doctrine for the country's naval forces. Russia's sea borders, including in the Arctic and the Black Sea, were also defined there. "We will ensure protection with all means and by all means," emphasized the Kremlin chief at a parade with warships on "Navy Day" in his hometown of St. Petersburg. "Today's Russia cannot exist without a strong navy," the doctrine continues. Russia will "strongly and resolutely defend its interests on the world seas," it said.

The naval doctrine, renewed for the first time since 2015, is also a declaration of war on the West. The new doctrine stated that the US quest for dominance of the world's oceans was a "challenge to Russia's national security," according to the Russian news agency Interfax. "Russia's domestic and foreign policies are subject to countermeasures by the United States and its allies to maintain their dominance over the world, including the seas," the 55-page document reads. The aim is to prevent the USA from being able to restrict Russia's access to mineral resources on the seabed of the world's oceans - or to shipping routes.

In the Arctic, Russia claims, among other things, the gas suspected there, but also other resources. The nuclear power now wants to be more active in the Arctic region, where other residents have also made claims. Moscow wants to strengthen its leading position in research into the Arctic and the raw materials found there and ensure "strategic stability" by expanding the North and Pacific fleets. The aim is to develop a "safe and competitive" sea route from Europe to Asia in the Arctic and to make it navigable all year round. The so-called Northeast Passage runs along the Arctic coast of Russia.

The new doctrine expressly emphasizes that Russia can use military force to assert its interests on the high seas once all attempts to resolve the conflict through diplomatic channels have been exhausted. In the event of war, civilian ships should then also be able to be integrated into the naval forces.

The relocation of the military infrastructure of the NATO countries to the Russian borders and the territorial claims of a "series of states" that would affect the sea regions and islands of the giant empire were also named as dangers. Japan, for example, is demanding the return of the South Kuril Islands in the Pacific.

According to the document, the presence of a "sufficient number" of naval bases outside Russia's borders is to be expanded. Last but not least, the doctrine envisages the construction of modern aircraft carriers - regardless of Western sanctions against shipyards.

The document ceremonially signed by Putin also provides for an expansion of the military infrastructure on the Black Sea peninsula of Crimea, which was annexed in 2014. The Russian Black Sea Fleet should be strengthened, it said. 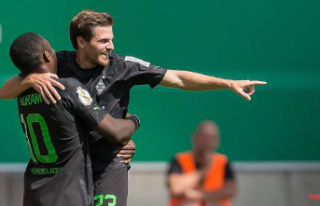 Freiburg has detention: Gladbach and Bielefeld with...